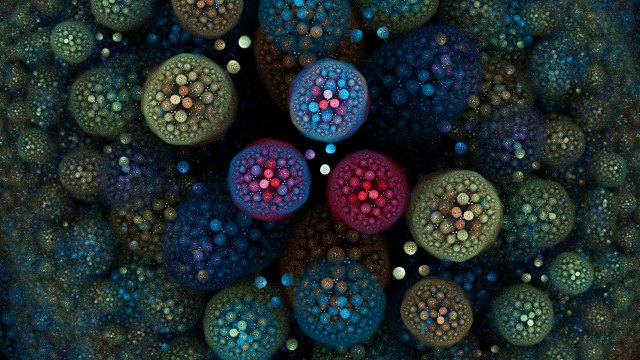 ISTOCK, SEQUENTIAL5The only thing more mind-bending than Einstein’s laws of general relativity is the fact that we managed to discover them—and use them. The GPS technology allowing your smartphone to pinpoint your position within a few feet relies on an exquisitely precise understanding of how the very flow of time is influenced by the reduced gravity in an orbiting satellite. And if these laws defy all common sense—too bad for our common sense.

Our intuition comes from throwing centimeter-sized rocks and falling from meter-sized trees. There is no reason it should apply at scales of which we have no direct sensory experience. Thankfully, we learned to use mathematics to extend our imagination. The relativity theory obeyed by galaxies and the laws of quantum mechanics obeyed by elementary particles are both profoundly unintuitive—and this should come as no surprise.

Why, then, wouldn’t the same logic apply to cell biology...

What seems like luck is probably a lack of knowledge—and an incredibly exciting opportunity. The data generated by the booming field of microbiome research contains many hints that our familiar assumptions might in fact be wrong at the scale of microbial life. Microbiology might well be at the brink of revolutionizing how we think about living matter. For this, we need theory.

The intuition derived from scenarios with only a handful of interacting species at the human or rabbit or fox scale will likely prove a poor guide for understanding the eco-evolutionary interplay between hundreds of ecotypes coexisting in the soil, or in the human gut. The issue is not just greater complexity, but what a mathematician would call the “high dimensionality” of evolutionary fitness, shaped by a very large number of factors. High dimensionality is known to lead to qualitatively novel behaviors in many other contexts. For instance, the reason a simple training protocol enables an artificial neural network to solve very complex tasks lies, at least in part, with the deeply unintuitive properties of high-dimensional geometry.

The data generated by the booming field of microbiome research contains many hints that our familiar assumptions might in fact be wrong at the scale of microbial life.

More profoundly, microbial ecosystems are a strange world where many familiar concepts start to break down, including “species,” “fitness,” and maybe even “organism.” In our everyday experience, we are rarely in doubt whether a given creature is a fox or a rabbit. Further, it seems very easy to delineate where an “individual” ends, and its “environment” begins. Our ability to do so is often taken for granted, and underlies how we think about both ecology and evolution. Whether these assumptions remain adequate for microbes is, however, increasingly doubtful.

Biology has a long-standing theoretical tradition, and the questions asked in multi-level selection theory or the study of major evolutionary transitions are becoming increasingly relevant today. However, constrained by the limitations of our words, all too often they turn into debates about definitions, and today’s interpretation of the term “quantitative biology” largely dismisses such questions as too philosophical. Ironically, these are the areas where mathematical thinking could have the strongest, paradigm-changing impact.

It may be tempting to say that the field of microbiome research is still in an exploratory stage and too young for theory: for now, we should just “let the data speak to us.” A data-centric perspective is commendable, but we must recognize that, far from being theory-independent, the current research framework is constrained by questionable theoretical paradigms. The species problem is perhaps the most striking example: the idea that organisms in a community can be naturally partitioned into discrete categories is a theoretical assumption, one that we know to be especially problematic for microbes—yet it continues to shape our questions, our models, and, most alarmingly, even our approach to data.

The issue of microbial species being ill-defined is a hot topic in the biological literature. In a recent paper in Physical Review E, I try to bring it to the attention of the physics community, proposing that ideas from condensed matter and statistical physics could help contribute to this discussion. The larger picture, however, is that microbial ecology is at a stage where we might have to reevaluate some of our most fundamental assumptions. When unsure if we can trust our common sense, the only solid pillars we have left are data and mathematics, and we need both.

Importantly, theory is not reducible to modeling existing experiments: To the contrary, theory is what makes new experiments possible. The foundational “double-slit experiment” of quantum mechanics asked if a single indivisible object could be in two places at once. No sane person would ever think of investing the effort to check this if it wasn’t for the theoretical hypothesis of Louis de Broglie. While seemingly absurd, his hypothesis looked like the only way to theoretically reconcile subtle inconsistencies in other data—and it proved correct, opening a new era in science and technology. Imagining strange new worlds is a key component of discovering just how strange our own really is.

Mikhail Tikhonov is an assistant professor of physics at Washington University in St Louis.