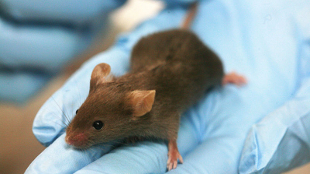 WIKIMEDIA, RAMAFor the last century, the mouse has been the leading subject for the evaluation of potential pharmaceutical agents. Small, prolific, and armed with a robust immune system, the rodent seemed the ideal focus for biological experimentation. Over the years, many pure genetic mouse strains have been developed with high susceptibility to various ailments, including cancer, obesity, and Alzheimer’s, which researchers have used to interrogate disease mechanisms and immune dysfunction.

Yet a 75-million-year evolutionary gulf separates us from our murine relatives, and after years of investigation, countless dissimilarities have come to light. There is currently much debate concerning the limitations of the mouse as a model of human disease. Nevertheless, most believe that the mouse has not been totally misleading. In the case of the immune system, for example, investigators at the Broad Institute at Harvard and Massachusetts Institute of Technology determined that some 80 percent of gene expression...

This past June, experts from around the world gathered at the World Pharma Congress, held in Philadelphia, to discuss the design of more accurate and precise preclinical cancer models. A major concern has been that human tumors representing the same form of cancer are more heterogeneous, whereas experimental cancers in mice are usually derived from permanent tumor lines and tend to be genetically identical. In some cases, anticancer drugs developed in murine models will yield responses in only 5 percent to 10 percent of human subjects. According to Isaiah Fidler of MD Anderson Cancer Center, the rapid evolution and phenotypic diversity found in metastasizing human tumors, not accurately represented in mouse models, are major causes of resistance to treatment.

In an effort to make mouse models more predictive of drug response in humans, researchers have developed much more heterogeneous mouse cancer lines. Moreover, a number of initiatives aim to develop models that address other criticisms of the mouse. The Center for Advanced Preclinical Research, for example, managed by the Frederick National Laboratory for Cancer Research (SAIC-Frederick, Inc), is focusing on the improvement of preclinical cancer assessment and clinical trial design. “Our approach is essentially a systems analysis of oncologic disease and its response to treatment,” center director Terry Van Dyke said in an interview.

One of the center’s ongoing efforts involves the characterization of an ovarian cancer model using histopathology, in vivo imaging, and transcriptome and metabolome analyses. By obtaining a global picture of the development and evolution of these malignancies in the mouse, it is possible to define the similarities and the differences between the murine and human malignancies. “We believe that we can build more accurate preclinical models which mirror the response of human malignancies to anti-cancer therapy,” Van Dyke said.

Another study targets astrocytomas and glioblastomas, highly lethal brain tumors for which survival rates have not changed in the last 50 years. Van Dyke and her collaborators have constructed a genetically engineered mouse model that allows them to follow the domino-like progression of gene mutation and inactivation that characterizes the slide into malignancy. The pattern of tumor development that they have uncovered is comparable to that observed in human glioblastomas, Van Dyke said, and thus “could provide the first insight into possible evolutionary mechanisms and early disease stages.”

In yet another effort to improve preclinical models of cancer, Glenn Merlino of the National Cancer Institute led a series of investigations aiming to develop a model of recurrent drug-resistant melanoma in the mouse. At the World Pharma Congress this June, Merlino described a new mouse model he and his colleagues have developed that recapitulates the induction and growth of human melanoma. For many years, preclinical models have evaluated mice injected with human tumor cells, but this requires the use of immunocompromised mice that can accept a graft of foreign tissue, limiting the relevance of the results for cancer patients, whose immune systems may play a role in fighting the malignancy. Merlino and his colleagues overcame this limitation by inducing tumors in one strain of genetically engineered mouse and transplanting it into another histocompatible strain—one with an intact immune system.

Other approaches take advantage of mouse strains that will accept tumor grafts directly from patients. Hackensack, NJ-based biotech Champions Oncology, for example, has used this technique to test drugs on tumor-engrafted mice to determine which patients will respond. According to Champions’s founder and chairman David Sidransky, these personalized evaluations have boosted positive response rates as low as 10 percent to levels as high as 88 percent. “So in the future it will hopefully be possible to tailor the treatment for that specific patient, avoiding useless treatments,” Sidransky said at the Congress this June.

Van Dyke agreed that a personalized approach is an important next step in preclinical cancer research. “We need to understand where these differences lie, and then we can design appropriate experiments that predict outcomes,” she said.

The dismal failure rate of anticancer drugs, even those in late-stage trials, has been a source of immense and ongoing concern in both the scientific community and among the public at large. It appears that we are reaching a tipping point, where a much deeper insight into the precise molecular changes in cancer cells can be reflected in truly useful and effective models in experimental animals. This, in turn, can break up the log jam and lead to rapid, effective and industry-friendly screening of anti-cancer agents.

K. John Morrow, Jr. is president of Newport Biotech, which performs consulting and writing activities for the biotechnology industry, but has no affiliation with the companies mentioned above.