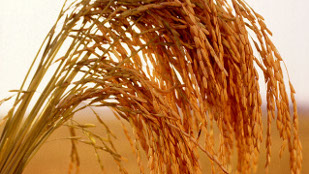 First, we analyzed 13 research articles of genetically modified varieties of barley, rice, sweet orange, wheat, soybean, corn, and tomato. We found that rice was the most frequently modified of...

Although genome editing can be applied to crop breeding for various purposes, indel mutants, which are not captured by most GMO regulations, were frequently produced in the research we analyzed. Appropriate regulatory response is essential to plant breeding by genome editing.

We further developed regulatory models linking with current GMO regulations. We categorized various plant mutants produced by genome editing according to gene modification methods and functional changes, and then mapped them in order of relevance to the current product-based GMO regulations. Thus, a regulatory concept with four potential regulatory lines was developed (see figure below).

To achieve social acceptance of genome-edited crops, it is also important to consider how to label food containing ingredients derived from them. Recently, the civil movement “Right to Know” has demanded the labelling of GMOs. A regulatory agency is likely to encounter difficulties in identifying an indel crop mutant when inspecting foods containing such crops. If consumers want to know whether food contains ingredients of genome-edited crops, one possible solution is the introduction of an additional DNA tag in such plants. This solution can be an option to enhance the social acceptance as long as the DNA tag is found to incur no health and environmental risks.

Most of the plant mutants in the analyzed reports may be outside the current GMO regulations. Although the selection of a regulatory line may vary from country to country, we propose that the most stringent regulation should be initially adopted and gradually relaxed for cautious integration of genome-edited crops into society. We also urge careful consideration of labelling of food containing genome-edited crops.

Worldwide, regulatory response to genome editing have been delayed. We hope that our analysis provides a basis for discussion on global regulations and stimulates public discussion on foods containing genome-edited crops. 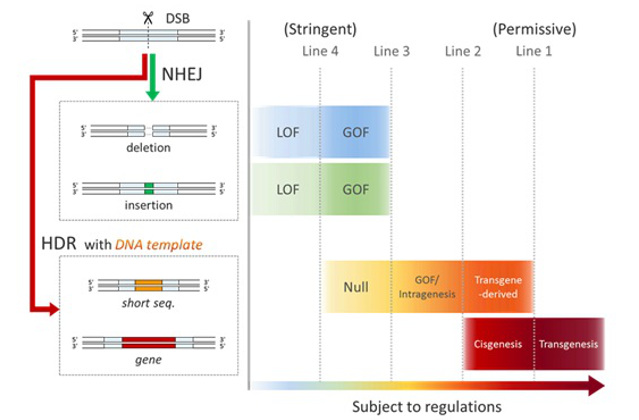 This model is based on the premise that genome-editing nucleases are introduced as RNAs or proteins, not DNA, and that no off-target mutations are induced. Mutants beyond a regulatory line are subject to the regulations. DSB: double-stranded break, NHEJ: non-homologous end-joining, HDR: homology-directed repair, LOF: loss-of-function mutation, GOF: gain-of-function mutation; intragenesis: a process in which transferring a DNA sequence creates a new combination of gene elements derived from different genes within the cross-compatible species; cisgenesis: a process in which an identical copy of a gene from a cross-compatible species (cisgene) is transferred to a related species.TRENDS IN PLANT SCIENCE, ARAKI AND ISHII

Tetsuya Ishii is an associate professor at Hokkaido University’s Office of Health and Safety.