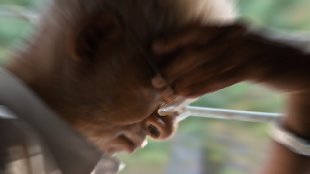 WIKIMEDIA, JORGE ROYANAs science, technology, and health care continue to advance, our population continues to live longer. With the increasing number of seniors, diseases prevalent in this group will clearly increase as well. The prevalence of mild cognitive impairment (memory loss without any functional decline) is about 10–25 percent in adults over the age of 70. Approximately 10 percent of these individuals progress to a dementia syndrome each year. Estimates have the number of people living with dementia doubling over the next 25 years.

There has been a lot of emphasis placed on preventative health in recent years. Whether it is preventing strokes, heart attacks, or any other disease, it is clear that prevention saves time, money, and lives. We recently published a review on the high-quality medical studies aimed at preventing cognitive decline in the aging population (CMAJ, 10.1503/cmaj.121448, 2013).

We studied all of the...

One category of interventions we found was medications marketed for dementia. Donepezil, a cholinesterase inhibitor which is used in the treatment of dementia, has led to improvement in some, but not all, measures of memory, but other studies have failed to show any improvement at all.

Hormonal therapies, such as treatment with estrogen, has similarly had mixed results. A meta-analysis published in 1998 showed an almost 30 percent lower dementia incidence in those on estrogen therapy. The trouble with all prior studies had been that they were based on retrospective or case-control data; there were no randomized controlled trials to look at the effects of estrogen specifically. In 2003, the Women’s Health Initiative in Memory Study (WHIMS) took the first major step by publishing results of a study investigating more than 10,000 women to look at the effects of estrogen and progesterone on memory, and actually found an increase in the rates of dementia in those on therapy by about 80 percent. Treatment with testosterone or DHEA has also shown inconsistent results.

Herbs and vitamins are widely advertised for preventing memory loss. The literature provides no such evidence that they work, however. Two well-designed trials of ginko showed no benefit in healthy older adults, and vitamins B6 and E, folic acid, and omega 3 fatty acids all demonstrated similarly equivocal results compared to placebo. Researchers have even tested the effects of an antihypertensive medication (candesartan) and two anti-inflammatories (celecoxib and naproxen), and found that none were beneficial and the anti-inflammatories even caused marginal harm.

In fact, the most consistent evidence in preventing memory loss in healthy older adults comes from three independent studies which all used various forms of cognitive training. One study used in-person training activities and the other two used differing computer-based training protocols. All 3 found their interventions improved memory in healthy older adults; one of the studies extended out to 5 years.

Physical exercise has also shown some evidence of boosting memory, but the evidence is less convincing. One trial looking at resistance training found an improvement in some measurements of short-term and long-term episodic memory, but two other trials did not find consistent benefits.

One major limitation of our review was including only English language literature. By not including studies published in other languages, we have the potential of missing positive studies—especially in the areas of alternative medicine where we know there is a possible implicit negative bias in many English language journals.

There is also the risk that some of the studies included in our review were looking for subtle differences that would not be seen with one simple measurement or involved data dredging—in which researchers look for any positive outcome so that their study could be reported as positive and have a higher likelihood of being published. Nevertheless, it is clear that there is an unmet medical need to stem the increase in cognitive decline in older individuals.

For now, the best advice we can give is to stay mentally active, exercise as much as you can (for its countless other benefits), and if you’re on a supplement or medication to prevent memory loss, talk to your doctor about it because you (and your wallet) might be having side effects without any clear benefit.