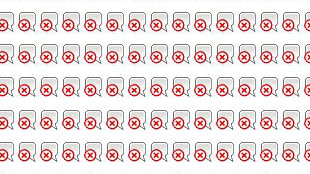 WIKIMEDIA, OCTAHEDRON80Where in science do we find free inquiry, vigorous debate, open and frank discussion of research, and productive—if sometimes acrimonious—conversations about methods, data, findings, interpretation, and implications? Most of these conversations happen in the comment sections of blogs and other websites, right?

These conversations happen elsewhere. For example, many research labs hold weekly meetings that all members attend. There are e-mail lists used by groups of scientists working at diverse institutions to hash out their methods, share data, and challenge one another’s interpretations. Then there are more formal settings, such as conferences, where some give talks while others prowl the hallways, cafeterias, local pubs, and hotel lounges getting in touch with colleagues, exchanging ideas, making plans, and renewing their contacts with fellow scientists. And there are many other fora that are much better suited to discussing science than the comment sections that accompany most blog posts...

While notes left on blogs and websites are not part of this formalized process, some people do have meaningful discussions of scientific issues in the comment sections of these sites. These conversations can be quite interesting and informative, but they have virtually nothing to do with how science is done. Some scientists engage in online commenting now and then, but when they do, it is almost always to lend their support to science when a reported finding is challenged by anti-science trolls.

I’ve written many blog posts that report on scientific findings. In doing so, I often send a link to the researchers involved in the work, inviting them to participate in the comments. They almost never do, though when they have, I’ve never seen the resulting conversation replicate a discussion that might occur within the science community.

Recently, PopularScience.com—the website of the eponymous magazine—decided to shut down commenting on most of its pages. Popular Science said its comment sections had become polluted with trolls and spambots. While the publication could have spent additional resources policing, cleaning up, and even redirecting the conversations on those pages, its staff instead elected to eliminate this public forum.

Some have complained, suggesting that the commentary on these pages—or on blogs and websites more generally—is somehow part of the scientific process, and that closing out comments will have a negative effect on inquiry. But removing the comment boxes from these web pages will have little to no effect on what scientists are doing. To my mind, Popular Science is not doing science any harm.
Even so, while science may not be at risk, public understanding of science certainly is. Non-scientists with a thirst for scientific knowledge read websites like Popular Science, The Scientist, and ScienceBlogs, and indeed, members of the general public can learn and engage in the comment sections of these sites. But if the comments have become infested with trolls, then that’s all been ruined and there is not much hope of advancing the general understanding of science by preserving such a forum. Troll-infested fora negatively impact the public side of scientific discourse. We should not encourage—and certainly should not protect—virtual soapboxes for anti-science blather.
As a blogger, I understand how difficult managing online comments can be. A couple of years ago, I got strict with commenting on my blog in an effort to shun the science denialists. I let the occasional questionable comment through, but made it clear my blog would not be a platform for people engaged in what I regard as a nefarious activity: diverting progress by messing with our single most important resource—knowledge. When I implemented that rule, I did not see a drop in my readership. Rather, I received numerous appreciative e-mails, and significantly reduced my use of antacids. I suspect the Popular Science editors are experiencing a similar sense of relief now.
Online discourse is a good thing, and it has become part of our Internet Culture, but there is no rule that says that every page on this World Wide Web needs a comment box at the bottom of it.
Greg Laden is a biological anthropologist and science communicator who has done research in the evolution of human diet and ecology. His blog is hosted by ScienceBlogs.com.