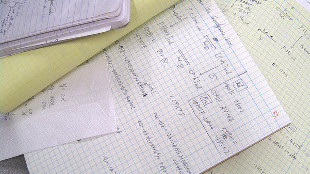 FLICKR, PROTEINBIOCHEMISTWhen a scientific article has an author or a list of authors, we usually have no reason to wonder who was responsible for the work. But despite increased focus on conflicts of interest (COI), recent events suggest that there may be more to authorship than a list of researchers’ names and their affiliations. Earlier this year, a court case revealed that four independent laboratories that contributed to a study on a proprietary chemical published in a peer-reviewed journal were not so independent after all. The authors declared no COI and did not include mention of any funding or other acknowledgments. But when the study was challenged by a competitor in court, it was discovered that the company that produced the chemical in question had designed the study, paid the first author to generate the manuscript, and covered all expenses incurred by the participating laboratories.

Knowing who funded the...

Most major journals now require that authors reveal financial relationships with any parties of potential interest to the research being reported. When perusing a paper, readers should quickly be able to find out who initiated the science, who paid for it or contributed to it, and who wrote the manuscript. It may be that this information is of no consequence, but hiding it suggests something deceitful is going on. Exactly for this reason, COI statements may be vague or dodged altogether when they are most necessary. In the past, court cases have revealed evidence of secret manipulation of research supported by certain drug and tobacco companies.

Despite tighter rules for COI statements, history is repeating itself. One way to hide a conflict is to report that the research article was supported by a “grant” from a particular company, thereby suggesting that the authors were free to explore their independent research questions. Such was the case with a recent series of publications on asbestos. But court documents have now revealed that the authors were instead funded by hourly honoraria for consulting services. An appellate court opinion issued in June considered this misleading practice “crime-fraud”­­­—a legal term for a fraudulent scheme, an alleged breach of fiduciary duty, or an accusation of some other wrongful conduct.

Moreover, when the billing records were reviewed, it became clear that the company’s authors had completed more than five drafts of one particular manuscript before any external coauthors were approached. One senior coauthor reported that he had probably spent only five or six hours on the 30-page paper.

The 11 misleading articles appeared in four different specialty journals that scientists in the field would consider authoritative sources. The publisher of one journal, which ran four such articles, released a corrigenda explaining that one author was employed by a company with direct interest in the results, and that “other authors are consulting experts retained by or on behalf of [the company] to conduct the research and prepare the articles.” But this carefully worded text still leaves the readers in the dark as to who did what and how the company’s interests may have affected the published results.

That same journal’s publisher also produces another toxicology journal, where I served for more than 20 years on the editorial board. When Critical Reviews in Toxicology published several consecutive articles that, to me, were clearly biased against regulatory action on toxic chemicals, I voiced my concern. The publisher, Informa Healthcare, then offered to conduct a thorough COI review of the manuscripts—both in regard to authors and reviewers—to determine whether a hidden bias was indeed present. When the Informa later reneged on the proposed investigation, I had no choice but to resign.

While relationships among industry, research institutions, and publishers are often beneficial, mechanisms are needed to ensure the integrity of research. In the traditional sense, when an author “has financial or personal relationships that inappropriately influence (bias) his or her actions,” he or she has a conflict. But authors may well have an interest in not revealing a potential conflict that could make their research appear less persuasive. Thus, the recent court cases suggest that transparency requirements may be futile, and that even the most conscientious editor is left powerless when information is withheld.

Adding to the complexity is that journal editors themselves may have hidden COIs. When 18 editors of 14 toxicology journals recently issued a joint statement warning the European Commission against regulation of chemicals that may cause endocrine disruption, the editors chose not to reveal any COI. However, when two journalists examined their backgrounds, they found that all but one had collaborated with chemical, pharmaceutical, cosmetic, tobacco, pesticide, or biotechnology industries. Although mere collaboration or consulting with the private sector may not be problematic (so long as it is revealed), the journalists did not identify any links with, for example, nongovernmental organizations or other stakeholders outside of industry.  So we are left to wonder whether a journal editor who collaborates with the private sector but does not reveal this information may be more likely to allow authors, too, to hide their potential conflicts.

The problem of hidden COI has intensified. In this time of dwindling government grants, scientists increasingly depend on industry support. Given its power to influence government actions, science has therefore become central to battles over conflicting interests. With most of those battles fought behind the scenes, it’s unsettling to think that we can easily screen suspicious phone calls, but can’t do the same for scientific research.

Philippe Grandjean is an adjunct professor at Harvard School of Public Health and professor and chair of Environmental Medicine at the University of Southern Denmark. His book, Only One Chance: How Environmental Pollution Impairs Brain Development­—and How to Protect the Brains of the Next Generation, was published by Oxford University Press this year. He serves as co-editor-in-chief of the open-access journal Environmental Health, which publishes peer reviews in full, including the reviewer names and conflict-of-interest statements.

Editor’s Note: In reviewing the preceding opinion, The Scientist reached out to Critical Reviews in Toxicology Editor-in-Chief Roger McClellan, who wrote:

“I can confirm that Dr. Grandjean did serve as a member of the editorial advisory board [EAB] of Critical Reviews in Toxicology until the end of 2012.  . . . On June 14, 2012, Dr. Grandjean sent me an e-mail in which he . . . expressed concern as to the balance of authorship of papers published in the journal, noting: ‘The journal seems to favor articles from industry sources and consulting companies, usually with conclusions that emphasize uncertainties and the need for more research before a firm conclusion can be reached.’ . . .The e-mail from Dr. Grandjean was sent to other members of the EAB; none of the other board members shared the views expressed by Dr. Grandjean. . . . With regard to conflicts of interest, Critical Reviews in Toxicology requires that each paper considered by the journal have a complete Declaration of Interest statement that is published in its entirety if a paper is accepted for publication allowing reviewers and readers to form their own opinion as to any conflict of interest.”