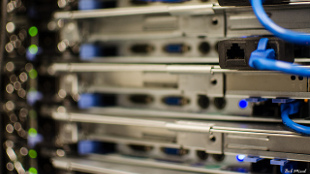 FLICKR, BOB MICALEvery week, hundreds of papers that involve human participants in biology, medicine, psychology, sociology, political science, and anthropology research are published. And an increasing proportion of these appear in journals with open data policies. Such policies require researchers to make their complete data freely available. These requirements benefit scientific research: access to the complete raw data enables other researchers to replicate findings and leverage existing resources. But when research involves people, open data policies can bungle the participant consent process because there is no commonly used mechanism to balance participants’ confidentiality with the benefit to science.

To test this notion, psychology researchers Jorden Cummings and Jessica Zagrodney from the University of Saskatchewan and medical systems engineer Eugene Day from the Children’s Hospital of Philadelphia designed an experiment in which research participants were given either a consent form that explicitly outlined open data policies or one without this information. The participants were later quizzed on the content of the consent forms.

When the participants were asked to explain why they might or might not consent to participate in a study given an open data policy, many expressed concerns about confidentiality or anonymity. Some raised the concern that they could not trust researchers to keep their data confidential. Some indicated that they did not want their information publicly available, ever. Others indicated that their consent to a study was restricted to that study.

The results, published in PLOS One today (May 20), suggest that the current consent process is flawed. Research participants, who do not always understand what they are consenting to, have legitimate concerns about how their data will be used.

“Human subjects research has, historically, had a reactive rather than proactive ethics: guidelines usually aren’t created until something has gone wrong,” said Cummings.

It is urgent to resolve this issue because research has shown that the public views scientists as competent but not trustworthy. Disregarding research participants’ concerns about data privacy and data security could irreparably damage public trust in science, and ultimately hinder progress in any field that requires the participation of people.

Policy discussions about open data policies, data security, and privacy should not be restricted to scientists. Study participants are key stakeholders in this process and their voices must be brought into open data policymaking discussions.

Viviane Callier is a contractor at the National Cancer Institute.