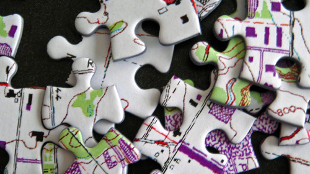 FLICKR, JHRITZHypothesis-driven research is at the heart of scientific endeavor, and it is often the positive, confirmatory data that get the most attention and guide further research. But many studies produce non-confirmatory data—observations that refute current ideas and carefully constructed hypotheses. And it can be argued that these “negative data,” far from having little value in science, are actually an integral part of scientific progress that deserve more attention.

At first glance, this may seem a little nonsensical; after all, how can non-confirmatory results help science to progress when they fail to substantiate anything? But in fact, in a philosophical sense, only negative data resulting in rejection of a hypothesis represent real progress; positive data in support of the hypothesis cannot exclude the possibility that it may be rejected by future experiments. As philosopher of science Karl Popper stated in 1963: “Every refutation should be regarded as a great...

On a more practical level, Journal of Negative Results in Biomedicine (JNRBM) was launched in 2002 on the premise that “failure” is as important in science as in other aspects of life, and that scientific progress depends not only on the accomplishments of individuals but requires collaboration, teamwork, and open communication of all results—positive and negative. After all, the scientific community can only learn from negative results if the data are published. With JNRBM, we want to provide a forum for the discussion of these non-confirmatory findings, and to provide scientists with balanced information to advance the improvement of experimental design and clinical decision-making.

Negative data have always been harder to disseminate, yet ostensibly insignificant results can sometimes lead to a paradigm shift. One noteworthy example is that of Albert Michelson and Edward Morley, two 19th-century physicists, who performed a series of experiments to detect the relative motion of matter through the “luminiferous aether”—a theoretical medium thought to carry light waves. Despite the fact that their negative results clearly contradicted the theory of stationary aether, the scientific community initially overlooked them. It was only when they eventually published their findings in the American Journal of Science in 1881 that the prevailing theory was questioned, thereby opening up a line of research that ultimately led to Einstein’s special theory of relativity.

This does not mean that every negative result will turn out to be of groundbreaking significance. In the same way that positive findings can be refuted by additional research, not all negative data will be confirmed by subsequent work. However, it is imperative to be aware of the more balanced perspective that can result from the publication of non-confirmatory findings.

The first and most obvious benefits of publishing negative results are a reduction in the duplication of effort between researchers, leading to the acceleration of scientific progress, and greater transparency and openness. Furthermore, the publication of well-documented failures allows for negative results to be discussed, confirmed, or refuted by others, and in some cases might also reveal fundamental flaws in commonly used methods, drugs, or reagents.

More broadly, publication of negative data might also contribute to a more realistic appreciation of the “messy” nature of science. Scientific endeavors rarely result in perfect discoveries of elements of “truth” about the world. This is largely because they are frequently based on methods with real limitations, imperfect experimental models, and hypotheses based on uncertain premises.

It is perhaps this “messy” aspect of science that contributes to a hesitation within the scientific community to publish negative data. In an ever more competitive environment, it may be that scientific journals prefer to publish studies with clear and specific conclusions. Indeed, Daniele Fanelli of the University of Edinburgh in the United Kingdom suggests that results may be distorted by a "publish or perish" culture in which the progress of scientific careers depends on the frequency and quality of citations. This leads to a situation in which data that support a hypothesis may be perceived in a more positive light and receive more citations than data that only generate more questions and uncertainty.

Despite the effects of this competitive environment, however, a willingness to publish negative or unexpected data is emerging among researchers, suggesting a growing need for initiatives such as JNRBM. Publications that emphasize positive findings and minimize discordant observations are of course useful, but a more balanced presentation of all the data, including negative or failed experiments, would also make a significant contribution to scientific progress.