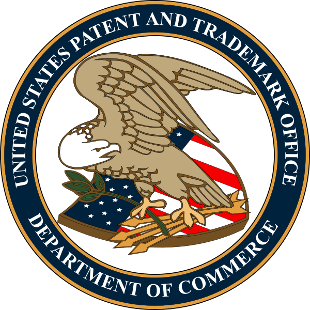 Seal of the United States Patent and Trademark OfficeWIKIMEDIA, US GOVERNMENTThe introduction of the Leahy-Smith America Invents Act (AIA) on March 16, 2013, has already begun to shape the patent process for a nation of entrepreneurs, scientists, and innovators. The law replaces the former “first to invent” declaration of ownership with “first to file” for an issued patent. In other words, it doesn’t matter who had the idea first, only who brought that idea to the attention of the US Patent and Trademark Office (USPTO).

The controversial law has stirred great debate concerning how this shifting process reflects our nation’s bias toward corporations over smaller businesses and independent or university-affiliated scientists. No doubt, the first-to-file law will create a race to the USPTO for big businesses and independent innovators with sufficient capital to usher a product through the patent filing process, which costs between $7,000 and $10,000. But...

Before the AIA, startup companies had a year after public display to file for their patent. That year provided them the opportunity to raise funds and awareness and gather the needed legal team to properly file with the USPTO. Currently, however, those without the resources to file first have an incredible burden placed on them to retroactively show ownership. This paradigm shift greatly inhibits new company creation.

In contrast, corporations can file several patents simultaneously, simply for the purpose of being the “first to file.” By submitting a new application with an updated version of an idea anytime they deem appropriate, they can block less-endowed inventors who simply cannot afford to file an application due to the costs involved.

The impact of the AIA law on venture funding for smaller businesses could be monumental. The purpose of venture capital is to invest in the future promise of technology and patent revenue. The benefit of this is that venture capitalists have the opportunity, in many cases, to retain the patented technology as their own asset even if the startup fails. With that promise threatened, investment in small business becomes a much more precarious scenario.

In addition, this law is a setback for academic institutions, where scientists and inventors are encouraged to openly communicate research. Previously, researchers could balance such openness with reliable protection for intellectual property; due to the formerly allotted 1-year grace period,  university faculty who spoke publicly at conferences or published their findings before filing a patent application were protected. However, under the new rules, any subsequent disclosure by a third party about the invention before the inventor files his application may be considered “prior art,” unless the applicant can adequately demonstrate to the USPTO that the second disclosure was based entirely on the original disclosure. While competition and even secrecy existed in academic settings prior to the AIA, the level of secrecy and paranoia will justifiably increase due to the fact that larger corporations can and will do anything to keep competition out of the market, thereby making it more difficult for university-affiliated scientists to file with the USPTO.

The enactment of the AIA radically alters how entrepreneurs, scientists, and inventors pursue their creations. Seeking a qualified lawyer with patent and intellectual property rights experience is a crucial first step in securing future protection. A record of invention, research, and revenue potential, along with a provisional patent application, is also essential to progress.  But legal representation and proper documentation are no longer enough. The new process places more importance on the means to file, rather than true innovation. How many beneficial ideas will be quashed by mounting costs or co-opted by big business? It’s hard to say. However, influencers should note that in our current exploration of revolutionary technologies and ideas, proper rights to intellectual property and discovery are essential to our progress.

George Lewis is the Chief Scientific Officer and cofounder at ZetrOZ, a Connecticut-based biotechnology company and the maker of the word’s smallest ultrasound pain therapy device. Connect with George on Google+ and LinkedIn.