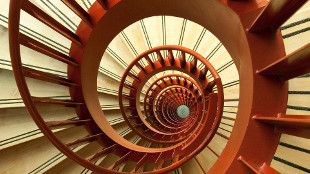 FLICKR, _TAWCANMasoud Manjili’s recent opinion that translational research is “in crisis” is accurate, timely, and on target. Although all are in favor of innovation, few welcome change—“a radically new approach,” as Manjili has called for. But if the new approach promises a better outcome, especially for patients with solid cancers, it would be supported by the public and private sectors. However, such an approach would have to be based on a comprehensive analysis, the identification of substantive and sizable roadblocks to innovation, and a persuasive plan to overcome the obstructions.

In his 1962 book The Structure of Scientific Revolutions, Thomas Kuhn explained that in times of crisis, the most significant roadblock to innovation is inertia—the persistence of an establishmentarian opinion. This has been true throughout the history of science, and remains so today. Following Manjili’s lead, we limit our comments to cancer research and development (R&D).

Preclinical science is aimed at preventing local invasion and metastasis, and progress in the field has been nothing short of spectacular. But innovation is more than spectacular science; it also concerns the profitable commercialization of safer and more effective products. Investment in pharma R&D is based on expectations, both clinical and financial. Anticancer R&D is not profitable today, and the business outlook, dismal. Often, the first question addressed to academic scientists submitting a research proposal is: What are the chances of clinical benefit? On the other hand, the first question posed to pharma scientists is: Is there a clear regulatory pathway? This helps explain the dichotomy in anticancer R&D: academic investigators focus on the mechanisms of invasion and metastasis, while pharma researchers are locked in to the tumor-shrinkage paradigm. The former suffer from a lack of funds, while the latter are well-funded. But both camps are losing.

Based on recent performance, we can safely predict that it is unlikely that even a small fraction of the some 950 cancer drugs in development will demonstrate meaningful benefit (especially those for solid cancers, which are notoriously difficult to treat). Clinical R&D programs that are aimed at tumor shrinkage have no bearing on the causes of progression—namely, local invasion and metastasis. Solid cancer drives morbidity and mortality by local invasion and metastasis, not by tumor size. However, if candidate drugs do not cause tumor shrinkage in rats, they are not advanced to the clinic. The problem is that those candidates that cause tumor shrinkage in rats and people most often do not stop progression of the disease. Indeed, the tumor shrinkage paradigm has yet to be validated as an accurate predictor of clinical benefit.

Accordingly, a simpler, better, and radical approach would involve strategies to prevent or delay invasion and metastasis. The transmission of relevant science to the clinic and regulators is our best bet for generating better outcomes, and thereby generating support and fostering partnerships between academia and industry. Certainly, the productivity crisis in cancer R&D merits a reconsideration of strategy. Science is necessary but not sufficient in and of itself to drive innovation. Continuing to operate under an outmoded regulatory paradigm is unlikely to produce different results.

Jan Brábek is a professor of cell biology at Charles University in Prague, and Michael Fernandes is founder and partner at the Chapel Hill, N.C.-based think tank Medbase.