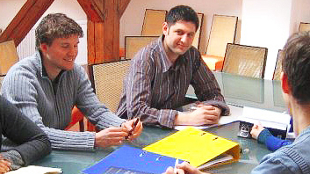 WIKIMEDIA, CEJISSThis month, collaborators at Saint Louis University and Washington University School of Medicine will host the second workshop of the Restoring Professionalism and Integrity in Research (RePAIR) Program, aimed at helping researchers make better professional decisions by anticipating consequences of actions and effectively managing stress, self-serving biases, compliance obligations, and challenges in the workplace. The National Institutes of Health-funded program, which I direct, was designed by an assortment of psychologists—clinical, developmental, organizational, and social—and involves assessments, a 3-day workshop, and a series of follow up “coaching calls” for investigators who are referred by their institutions for problems with human subjects protections, animal care, or data integrity. Thus far, the program has attracted only biomedical investigators, but it is open to anyone who conducts empirical research.

While the RePAIR program is the first such program for researchers, similar remediation programs exist for physicians accused of unprofessional behaviors, and...

We are also serving institutions, which cannot tolerate behavior that violates research regulations. In addition to the repercussions for human and animal subjects and the integrity of science, such behavior can jeopardize an institution’s good standing and eligibility for funding from federal institutions. We help institutions to retain investigators—and the research dollars they have brought in—while reducing the risks posed by noncompliance. Rehabilitation can also minimize collateral damage to lab or program staff and trainees, who may lose employment if the investigator is terminated and his or her lab closed.

Nevertheless, not everyone thinks we are doing a good thing. People commonly ask: In an age when research funding is tight, why offer rule breakers a second chance?

When people ask such questions, they are often motivated by a sense that the individuals referred for remediation are not likely to change or have done something so egregious to merit permanent debarment from research funding.  We have all heard about scientists who are sociopathic, who lie brilliantly and habitually about important matters and blame others when they get caught. Even a well-designed, evidence-based curriculum is unlikely to change the behavior of such researchers—even if they did merit a second chance.

To maximize the effectiveness of the RePAIR program, we only accept researchers whose employing institutions believe they are capable of change and worth further investment. In such cases, remediation courses provide an ideal setting for cultivating such change.

With training, people can learn to recognize and compensate for self-serving biases. They can also learn to forecast better the consequences of their actions, develop better ways of dealing with stress, and learn expectations set by their institutions. Outcomes of universally mandated “preventive” research ethics training programs have been largely neutral and sometimes negative. (See “Opinion: Ethics Training in Science.”) We suspect that this is due in part to a lack of motivation to learn ethical principles, compliance rules, and good professional habits. Following an investigation for wrongdoing, however, researchers tend to be highly motivated to learn skills that will get their careers back on track.

Furthermore, if colleagues know that proportionate measures exist to address problematic behaviors, they may be more willing to speak up. Several surveys have found that colleagues frequently fail to intervene when they suspect research misconduct. When the cost of intervening is too high (to oneself or one’s lab colleagues), people tend to ignore problems, hoping they will go away. Often, problematic colleagues do go away: they relocate to new institutions, where the problems are perpetuated. Long term, the research profession is best served when institutions insist on behavior change as a condition of continued employment.

While remediation education is not an appropriate response to all instances of noncompliance with research regulations, we believe it presents a novel and promising response when the goal is to change behavior while minimizing further harms to institutions, investigators, and colleagues.

James DuBois directs the RePAIR program. He is the Hubert Maeder Professor of Health Care Ethics at Saint Louis University and director of the Center for Clinical Research Ethics at Washington University School of Medicine.