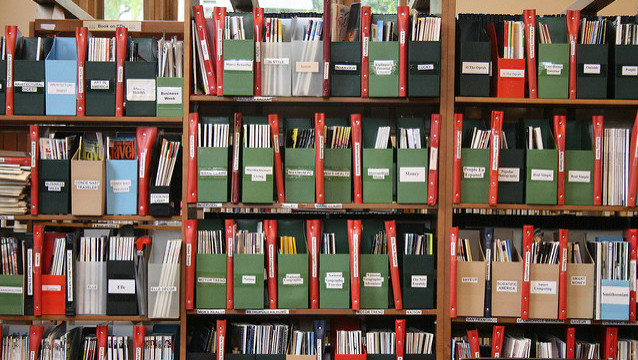 Traditionally, scientific studies are published in peer-reviewed journals, which require other scientists to evaluate submitted research to determine its soundness for publication. Peer review is supposed to be a good thing, in theory acting as a stopgap for science that isn’t sound, but it’s increasingly getting a bad rap. Beyond the time it takes to actually get the science done, peer review has become the slowest step in the process of sharing studies. Cycles of peer review-revise-resubmit in biology can span months to more than a year for a single manuscript. This situation hampers progress because it delays how long it takes for breakthroughs to become available to other scientists and the public.

How did things get so bad? It’s all about...

Between 1995 and 2003, the US National Institutes of Health’s budget increased by 2.4-fold. With more research being funded, publishers expanded the number of journals dedicated to biomedical research and the number of studies published by two-fold, creating a $9.4 billion scientific publishing industry.

But while the numbers have all increased in proportion, the quality has not. Scientific journals have a pecking order, and more “prestigious” journals are thought to have higher standards for publication. These standards are based on a hazy mix of perceived quality of the work, its potential to significantly influence thinking in the field and the possibly unfounded reputation of the journal itself.

Between 1997 and 2014, the number of journals publishing basic biological research increased by 212, but only four of these journals ranked in the top half of the impact factor scale. If one overlooks the flaws of the metric, these new journals may be seen as publishing work of perhaps lesser quality and limited impact. Indeed, I was told by a senior colleague when I was just starting my career that “a manuscript, once written, will be published somewhere,” insinuating that the quality of the work was irrelevant.

The proliferation of “low impact” scientific journals has also expanded the “publish or perish” mantra of academia. It now matters not only how much you publish but also where you publish. This striving for exclusivity allows “top tier” journals to demand even more from scientists, who are willing to extend their studies beyond what was previously considered a standalone report (the so-called “least publishable unit”) for the prize of a “good” publication.

For example, one analysis revealed that journal manuscripts published in 2014 contained significantly more data than those published in 1984. Producing more data takes longer and delays the release of studies that would previously have been considered complete. For instance, PhD students are spending an average of 1.3 years longer at one top graduate program over the same period.

And this high bar is elevated even further when individual journals reduce the numbers of studies that they publish.

Buried in a barrage of papers

The overall increased number of papers being written has also created a bottleneck in peer review, which negatively affects both quality and speed of publication.

I spend most of my editorial time trying to recruit qualified reviewers, who are increasingly too busy to fulfill this professional responsibility. There’s no restriction on how far down the list I’m permitted to go in my attempts. When I receive invitations myself, they now often give me the option to choose people in my lab group to complete the review on their own, expanding the scope of “peer” to include “student.” I have also recently been invited, with no obvious check of my credentials, to join a service that will pay me to review manuscripts, a divergence from the norm, where reviewing papers has traditionally been considered part of an academic’s responsibility to the field and thus unpaid.

With this erosion of the peer review system, spectacular failures are inevitable, such as the study crediting a divine “Creator” for the link between the structure of the hand and its grasping ability in a peer-reviewed publication.

Even without the explosion of preprints that may be on the horizon, scientists are having a hard time keeping up with the literature as it is. In a survey by the magazine The Scientist on the prevalence of omitted references, 85 percent of respondents said the failure to cite previous studies in new publications is a serious or potentially serious problem in the life sciences. This slip in keeping current may lead to the persistence of incorrect conclusions and to duplicated and therefore wasted effort. I recently reviewed a manuscript and pointed out that the vast majority of what was reported had been previously published, although none of the three other reviewers made this connection.

Thus, calls for self-publishing need to take scale into account; it may work for physics and mathematics, but in 2015 there were sixfold and 24-fold more manuscripts published in biology than in either field, respectively.

Without question, scientific advances, funded by the public, should be shared without delay, a goal championed by the #ASAPbio movement. Indeed, reporting observations quickly for other scientists to use may seem like a good way to facilitate progress; but in reality, context is everything. There’s simply no way to remember the vast number of details if they’re not associated with a breakthrough in understanding. It’s these breakthroughs that provide a framework for not only organizing the details but vetting their accuracy. As a practical example, I know what I was wearing (detail) on October 28, 2007, the day my son was born (context), but I have no idea what I wore (out-of-context detail) on October 27.

To realize a faster pace of scientific progress, we need to balance the goal of sharing data with an assessment of quality and impact. Proponents of self-publication on internet servers such as bioRxiv suggest that scientists are so concerned with their reputations that they will not release unsound studies, but the increasing prevalence of retracted peer-reviewed articles, irreproducible results, and text reuse argues that the pressures of the tournament can sometimes trump individual restraint.

Peer review clearly isn’t perfect, but rather than simply bypassing it and releasing even more information into an overloaded system, we should focus on making it better. The first step is to reset and clearly state our standards for quality in both publishing and peer reviewing. The outcome will certainly be fewer publications in biomedicine, but their individual impact will be greater. As a result, scholars will have a fighting chance to dedicate more time to evaluating new research and keeping up with the literature, which will facilitate progress.

Scientists and journals have driven the more-is-better mentality and don’t have the incentives to make these corrections. Instead, universities and granting agencies, which use publications as standards for evaluation, and the public, which funds much of the research, must lead the charge to develop a mechanism for journal accreditation, with clear standards for publication and peer-review quality. If publishing scientific advances is worth doing, it is worth doing right.

This article was originally published on The Conversation. Read the original.