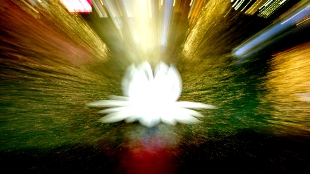 FLICKR, L'ORSO SUL MONOCICLOOver the centuries there have been many attempts by various governments and other regulatory bodies to limit research on areas that challenge  their beliefs and preconceptions. A recent example is the restrictions placed on embryonic stem cell research in the United States and elsewhere. The stranglehold these regulations put on research in these countries drove many US “stars” to the United Kingdom, where less draconian existed. Recognizing this loss, President Obama and others have fought against these restrictions, with some success.  But there are other areas of research that continue to be thwarted by overbearing regulations put forth by closed-minded politicians.

In my 45 years in science, for example, there has been a worldwide ban on the study of psychedelics and other drugs. I would contend has been the most extreme form of scientific censorship since the Catholic Church banned the telescope when in the 17th...

The current case of scientific censorship derives from the 1961 and 1971 United Nations conventions on narcotic and psychotropic drugs. These conventions ban the sale, possession, and transport of a range of drugs, from cannabis, opioids, and cocaine to psychedelics. This was done in a futile attempt to reduce the use and harms of these drugs; since the conventions, use and harms from many of these drugs have increased dramatically. Moreover there have been many well-known, sometimes severe, negative effects of these laws, such as the rise of AIDS (due to the ban opiate substitution and other helpful treatments) and international crime over the trafficking of illegal cocaine and opioids. Another deleterious impact, however—the stifling of scientific research on the effects, even the potential therapeutic value, of these drugs—has been less discussed.  This issue is now the subject of a recent review in Nature Reviews Neuroscience.

The field of research that has been most censored is the neuroscience of psychedelics (such as LSD and psilocybin) and empathogens (most notably MDMA, or ecstasy).  LSD was banned for political reasons; its use was turning Americans against the Vietnam War.  Before the ban there were more than 1,000 publications on LSD’s utility in disorders including alcoholism and end of life suffering.  Since then, there have been none. The psychedelic state is also one of the most intriguing alterations of consciousness that probes fundamental questions about the brain mechanisms that may underpin conditions like psychosis and end of life states. Additionally, drugs like MDMA offer a unique way to study the brain systems involved in emotions such as empathy and wellbeing.

The banning of cannabis was also purely political as it was put into the UN Schedule1 for drugs without medical value despite having been a medicine for 3,000 years! (We should acknowledge the courage of The Netherlands, which refused to go along with this dishonesty and kept it in their pharmacopeia). In many countries, particularly the U.S. and U.K., this scheduling led to criminalizing many patients with incurable conditions such as multiple sclerosis and stroke for whom only cannabis produced relief from suffering. There are more than 50 active chemicals in the cannabis plant which are likely to contribute to the efficacy of the drug, yet research to evaluate these compounds as medicines has been very slow due to the huge regulatory burden that increases research costs by about tenfold.

Marijuana works on cannabis receptors in the brain, which are present in very high amounts—greater in number than dopamine and serotonin receptors combined. Their role is therefore of great interest, but studying them requires compounds such as THC (the mind-altering element of cannabis) and related compounds. But getting these is expensive and difficult due to the regulations.

There are solutions to this problem, the best of which would be to rewrite the UN conventions so they are scientifically correct. This could happen in the 2016 UN General Assembly Special Session if enough countries request change. In the meantime, countries themselves can instigate meaningful changes. In the U.K., hospitals need a special license to hold cannabis and MDMA whereas they do not for heroin or cocaine—much more harmful drugs. This could be changed. We should exempt researchers who need small amounts of the drugs (e.g. below a human dose), from needing a licence, which in the U.K. costs about £5,000 (about $8,000).  Transfer of small amounts of test compounds between scientists from different countries should be exempt from import and export rules that now apply to every compound and makes the sharing of test samples slow and expensive.

Scientists must make these requests. To this end I will be starting a petition for change in the U.K. and hopefully other countries as well. Email me if you would like to sign up. Together, we can bring illegal drugs back to the lab.

David Nutt is an Edmond J Safra Professor of Neuropsychopharmacology and a consultant psychiatrist Imperial College London. Previously he was the clinical director of the USA National Institute of Alcohol and Alcoholism and Chair of the UK Advisory Council on the Misuse of Drugs, from which he was famously fired in 2009. He now chairs the Independent Scientific Committee on Drugs and is vice-president of the European Brain Council.