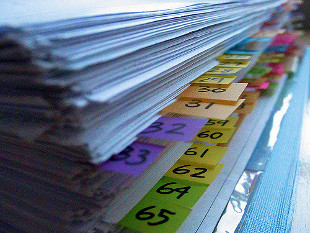 FLICKR, DENISE CHANNot only is the number of biomedical PhDs in the U.S. increasing, the rate of this increase is accelerating. To justify this rapidly expanding pool of experienced biomedical scientists, some have suggested that more PhD-educated citizens are better for the country. But this is a moot point if those PhDs lack opportunities to make societal contributions utilizing their highly specialized training.

Comments like “things have always been tough” and “there are plenty of jobs” ignore the systemic problems and biases that the current generation of junior scientists face. These remarks are a distraction from the issues facing the biomedical research enterprise, many of which have been discussed in academia since before these junior scientists were born.

Defenders of the status quo point to myriad “alternative careers” and the low unemployment rate among biomedical researchers. But there is a lack of data on such trainees and their careers;...

One argument against restricting graduate admissions is that it would reduce diversity. But improving diversity and inclusion, and controlling PhD numbers, are not mutually exclusive goals. The current admission process itself is flawed from the onset, and one-third of admitted biomedical PhD students drop out of graduate programs. As Casey Miller and Keivan Stassun recently argued, the metrics used to assess applicants are flawed, often reflecting a given candidate’s socioeconomic status rather than their aptitude and potential for success in scientific research. In Inside Graduate Admissions: Merit, Diversity, and Faculty Gatekeeping, Julie Posselt points out that the graduate admission process is marred by personal and subjective biases that require urgent and detailed scrutiny.

Graduate admissions processes ought to use different metrics to assess an applicant’s interest, aptitude, and potential for future success in scientific research. U.S. universities need to adopt a more holistic approach to selecting potential PhD trainees, including reflection on the implicit biases and assumptions made by their own admissions committees.

Barriers to diversity and inclusion in the biomedical workforce persist beyond the point of graduate program admissions, of course. We restrict ourselves when we discuss “the pipeline”—the route from college to faculty—and consider people who leave academia to have “leaked” from it. The problem with a pipeline analogy is that it is linear, homogeneous, and prioritizes academia above all else. University culture prohibits a diverse academic enterprise because the one-size-fits-all pipeline does not value differing personal values in science and these differences manifest in varying academic career interest according to race and gender. US universities can create a more supportive and open-minded academic culture that employs an increasingly diverse faculty by better valuing nonacademic scientific contributions.

A recurring theme among scholars considering these issues is the need to better train current and future faculty. Few postdocs are being trained how to mentor, hire, and manage people, despite this being a major function of the faculty jobs they are applying for.

Admitting increasing numbers of students without ensuring that they have a decent shot at their desired careers will not make for a more diverse and inclusive biomedical workforce. It is, at best, naive and, at worst, harmful to guide those eager to pursue their passions for science into a system that trains them for disappearing jobs.

Viviane Callier is a science fellow at the Howard Hughes Medical Institute. Gary McDowell is executive director of the Massachusetts-based nonprofit organization Future of Research and a resident at the Manylabs open-science skunkworks in San Francisco. Views expressed here are the authors’ own.