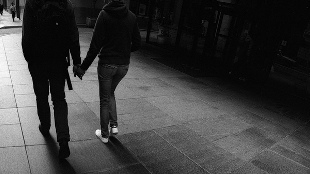 FLICKR, JASON SCHLACHETA female commentator on a major cable news channel recently told viewers that the way for men to turn women “on” is to “load the dishwasher.” If it were that simple, therapists would have a great track record of treating low female libido. The dirty secret is they don't. And even more surprising secrets exist in the published research. For example, in 2011, a national survey determined that men who do domestic chores, the kind traditionally performed by women, have significantly less sex than men who don’t, not more.

Though pharmaceutical companies are commonly criticized for “medicalizing” sexual dysfunction, this is not the case. Sexual functioning levels are reduced, and sexual distress is increased among women with sexual desire or arousal problems who have reported a sexual complaint to a doctor—even those who reported otherwise-normal levels of marital satisfaction. Problems with desire and arousal are even...

People diagnosed with hypoactive sexual desire disorder (HSDD) experience little to no desire for sex, and as a result, significant distress or interpersonal difficulties. Although under-diagnosed, HSDD is highly prevalent in the U.S. among both pre- and postmenopausal women. Reviewing results from more than 30,000 American women surveyed in 2008, a team led by a gynecologist Jan Leslie Shifren found that distressing low desire affects around one in every 10 women. HSDD distresses men, too.

APA recognizes two kinds of desire and arousal disorders: generalized and situational. For example, if a woman feels no desire for her husband, but hankers for a hunk at the office, that’s situational. No one claims that desire and arousal disorders of the situational variety are medical problems. However, all too often sexual disorders are of the generalized type, rendering affected men and women sexually inert in all circumstances and with all potential partners. This is what the specialty of sexual medicine seeks to treat.

Imaging studies have shown that certain areas of the brain appear to function abnormally in women and men with HSDD. The same areas have been better studied in animals, especially rodents, and found to be markedly affected by an imbalance of neurotransmitters. The brain is central to sexual function; neurotransmitters in the brain, particularly dopamine, norepinephrine, and serotonin, play key roles in regulating sexual desire. Diminished function of the dopamine system, which raises sexual desire and excitement, and the norepinephrine system, which stimulates arousal and orgasm, have been well documented to lead to problems with desire and sexual activity. An overly abundant supply of serotonin in the brain almost invariably inhibits desire and arousal and delays orgasm.

There are no FDA-approved treatments for generalized sexual dysfunction. Various hormonal approaches have been proposed, but no specific hormonal deficiency has been found in women with HSDD. Because of this, hormonal treatments seem at best inappropriate, and worse, to raise a specter of long-term safety issues. Neurotransmitter modulators might bear fruit, but unsurprisingly, single-component drugs have failed in the past.

We need to re-evaluate our approach to low desire and arousal, or we will never properly understand them enough to develop treatments. When sexual dysfunction is swept under the rug or considered strictly situational, despite a lack of data to support this notion, many will continue to feel uncomfortable seeking help, and therefore suffer in silence.