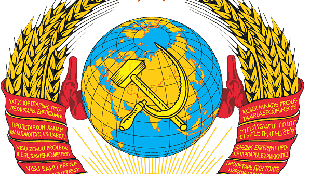 WIKIMEDIAI was born in the USSR and now work as a postdoc at University of Manchester in the United Kingdom. Once, my PI and I were returning to a hotel after dinner with our collaborators in a different UK city, where one of the postdocs had the same post-Soviet background as me. My boss commented that there seems to be a lot of people of Soviet extraction working in Western science and joked that we are close to taking over it. I replied that he doesn’t have to worry; the supply of Soviet scientists is gone, never to be replaced.

After the demise of the USSR in 1991, science in the former Soviet Republics lost most of its funding, and as a result, most scientists lost their once-prestigious, middle-income jobs. The prevailing mood of the society changed; most of the population, including many scientists, decided that the only thing...

Fast forward 20 years: the devaluing of the pursuit of knowledge as a life goal in the former Soviet Republics has resulted in a significant drop in the quality of high-school teaching and, consequently, in the level and motivation of undergraduate students. Former Soviet professors have largely retired, and former Soviet PhD students, practically self-taught, now head those labs, and they say it is difficult to find a good graduate student or postdoc, who will work beyond a 9-to-5 day and actually care about the research he or she is doing. The people who embark on a postgraduate degree are doing it not because they are excited about science, but because they think that an advanced degree would be good for their careers, which has led to a tendency to minimize the work and fake the results.

And simply throwing money at the destroyed scientific community hasn't helped. Russian President Vladimir Putin recently admitted that while science funding increased 10-fold in the last 10 years and the total amount of money spent is now larger than that of Britain, this has not resulted in an increased scientific output. On the contrary, the number of Russian researchers who publish in the Western journals or file patents applications is decreasing.

This situation is not unique to the former Soviet Union, however. Even in my adopted home, the United Kingdom, where I work as a postdoc in the relatively sexy field of yeast prions, there seems to be a general lack of respect for knowledge for its own sake. When I tell my nonscientific acquaintances and high-school pupils about what I do, they don't  ask what I have discovered, but what is the immediate practical application of what I do.

Sadly, there is an increased drive in Western science to commercialize discoveries—academics are encouraged to start spin-off companies, and applied research is actively promoted. It is very difficult to get funding for fundamental research, which may not show dividends for 10–20 years. Universities are run as for-profit companies, where students are paying customers, who get a “product” (a degree) and academics have as much value as the grants they bring in. And the job market for postgraduate scientists is growing increasingly similar to that of factory workers in the 19th century: we are considered to be easily replaceable and therefore have few rights beyond a short-term contract.

American political philosopher Michael Sandel argues in his book What Money Can’t Buy that some things should not be for sale, such as human organs, medals for valor, and even undergraduate places in top universities. He says that an “everything-is-for-sale” mentality damages the functioning of society. I wonder if fundamental science should also be included in this list of things that are easy to commodify but even easier to devalue. If everything is for sale, and if the people who are doing science are not valued, then research loses something that is hard to define, but that is vital to the progress of science—as the situation in the former Soviet Union has so clearly demonstrated.

Victoria Doronina is a postdoc in the lab of Chris Grant at University of Manchester, where she studies oxidative stress as a cause of yeast prion formation.