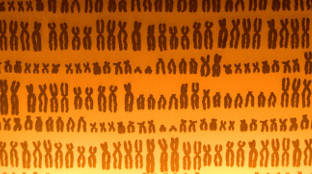 WIKIMEDIA, GEORGE GASTINTwo recent initiatives promise to deliver much-needed standards for the genomics community. Last year, the National Institute of Standards and Technology launched Genome in a Bottle, a public-private consortium to develop reference materials for human genome sequencing. And just recently, scientists from more than 70 institutions announced the Global Alliance, a group calling for data-sharing and open technology standards for genome analysis.

The timing of these new efforts is no coincidence. As genome sequencing makes its steady march toward mainstream utility in the clinic, scientists, bioinformaticians, and physicians alike are realizing the need for more stringent standards that will enable straightforward comparisons of data from one lab to the next. I commend both of these new groups for the critical guidelines they aim to establish.

Now that we as an industry are having these conversations, it is worth remembering that genome sequencing involves more than a...

DNA sizing—a technology that I work with closely at my company, Sage Science—is a great example. Sizing is often used either before or after a sequencing library is produced to remove low molecular weight content or to choose DNA fragments of uniform length. Done correctly, size selection contributes to more efficient sequencing runs, better quality data, and more accurate genome assemblies—all from one step among several in the sample prep workflow. But even in this small facet of sample prep, there are many approaches one can take, each with varying levels of performance and reliability. In many labs, DNA sizing is done by manually slicing fragments from a gel, even though repeated studies have shown that manual gels can be unreliable, irreproducible, and/or prone to contamination. A comprehensive standard for the genome sequencing process would have to include thoroughly tested, reproducible methods for DNA size selection.

Elsewhere in the sample prep workflow, there are several other steps to transform DNA that are just as important as size selection. Each of these steps has a real effect on the final data quality. As a community, we need to make evidence-based decisions as to which steps and measurements should be standardized, so as to make data-sharing efforts as meaningful as possible.

The External RNA Control Consortium and the Microarray Quality Control project are but two examples of successful standardization initiatives in this field. With the new Genome in a Bottle and Global Alliance efforts, I am eager to see what more will be accomplished. It is only when performed to the highest standards that genome sequencing will be translated into clinical significance for all, rather than just the select set of patients who have benefitted from it to date. I encourage all stakeholders in the field to consider comprehensive standards that will give genome sequencing the best chance to succeed as part of routine healthcare.