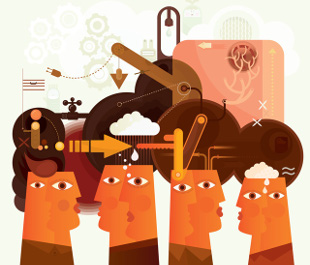 ISTOCK, DRAFTER123About one-third of us working in the sciences are approaching or have reached typical retirement age, according to the National Science Foundation. Many of us enjoy the intellectual aspects of science and wish to stay involved in them after retirement. Some of us also like interpersonal aspects and do not wish to abandon those, either.

As recently explored in The Scientist, continuing lab work after retirement—by leading a smaller lab, joining someone else’s, or even becoming a late-life postdoctoral fellow—serves some well. Yet such opportunities can be hard to arrange, and arguments have been made that space and funding should go to those earlier in their careers. And some in the sciences do not wish to continue lab work—or, like me, have pursued non-laboratory careers. Fortunately, other options exist.

In particular, serving as a mentor can allow one to keep contributing professionally after retirement and to...

Scientists still building their careers can face conflicts of interest—or conflicts of commitment—with regard to mentoring. Such scientists may tend unconsciously to give advice that favors their own interests rather than placing the mentee’s interests first. They may avoid mentoring junior researchers outside their institutions because they lack the time needed even to advise their own trainees and junior colleagues well. Conflicting thoughts and difficult decisions can emerge when mid-career advisers are asked to evaluate those to whom they have given some mentorship. And those who would benefit from mentorship may hesitate to seek guidance from scientists who may later be asked to review their papers, proposals, or promotion files.

Retirees or near-retirees can largely avoid these dilemmas. No longer intensely engaged in furthering their own careers, they can truly put mentees’ interests first. The researchers they advise can seek their counsel with less fear of impinging on more-senior colleagues’ time. The mentees can also worry less that uncertainties they express or seemingly naive questions they ask will be held against them. The mentors gain the satisfaction of using their knowledge, experience, and problem-solving skills in ways that help others. And because good mentoring is a two-way process, with both parties sharing information and insights, mentoring a bright, engaged young scientist can be a fine way to keep up with developments in one’s field.

Of course, mentorship is not for every retired scientist. Some in science have never enjoyed or been good at such pursuits. Also, care must be taken not to overstep one’s expertise or provide outdated guidance. And the time can come when failing capacities necessitate stepping down. Mentorships do evolve and can vary in duration. In keeping with the recognition that a single mentor rarely suffices for all purposes, retired scientists may best serve within arrays of mentors.

Interested in becoming or remaining a mentor after retirement? Options include volunteering at one’s institution, at one’s alma mater, or through a professional society or international institution where one has ties. Although face-to-face mentoring may be ideal, electronic options now enable good mentoring at a distance.

One source of such mentoring is AuthorAID, a program in which I’m involved that aims to help researchers in developing countries publish their work. We have more potential mentees than mentors at this point; areas of high demand include the life and health sciences. Because good scientific communications require good science, AuthorAID mentoring can entail not only editorial guidance but also guidance in formulating and conducting research. Although AuthorAID seeks mentors at all career stages, “scientists near or at retirement” can be especially suited for this role.

Meanwhile, call also exists here at home for mentorship by retired scientists. I, for one, would welcome counsel from senior colleagues who have stepped away from their previous professional roles but retain rewarding involvement in their fields.

Barbara Gastel is a professor at Texas A&M University and an INASP associate with leadership roles in the AuthorAID project.