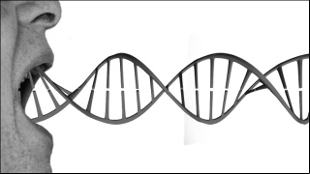 iStock, Steven Heap, Luis Carlos TorresIt seemed inevitable that the biotech and pharmaceutical industries would take an interest in the bourgeoning field of DNA sequencing by leveraging evolving technologies to sell people their own genetic data. In the past decade, researchers and entrepreneurs founded companies like 23andMe and Navigenics dedicated primarily to marketing personal genome scans. Some established companies, like deCODE Genetics, have also begun offering personal genomics services. And this past April, Swiss healthcare giant Hoffman-La Roche proposed a buyout of the US company serving as the technological backbone of this industry, Illumina, for an impressive $6.7 billion. Though the deal was ultimately rejected—largely for financial reasons—it nonetheless represents Pharma’s potential interest in the business of direct-to-consumer genetics.

This trend signals rapid growth in a critical area of research but it also raises a concern: one of the interested parties, corporate Pharma—for whom fiscal budgets often include...

When the US Food and Drug Administration (FDA) convened in March of last year, officials were concerned that without proper guidance, people might react disproportionately to news of their predispositions to certain ailments. Most of the diseases on parade needed little introduction: Alzheimer’s, leukemia, cystic fibrosis, breast cancer, Huntington’s, and too many more. In an age suffused with genetic determinism, there’s almost no affliction that some scientist isn’t trying to link to gene expression. There was also concern for the consistency and reliability of unregulated test results. Earlier this month (October 11), the Presidential Commission for the Study of Bioethics validated the FDA’s concerns, suggesting that the current laws and guidance governing genetic privacy might fail to protect the growing number of people who choose to have their genomes sequenced.

Despite these concerns, the FDA has yet to announce any regulatory framework. Most involved parties admit that some form of government regulation is appropriate. Yet when the discussion turns to specifics, the situation takes on a futile complexity that threatens to indefinitely postpone government action. The problem, I think, stems largely from the perfunctory language of this debate. As symptomatic of the postmodern age, today, the way we talk about something is synonymous with the thing itself—and is thus sure to influence the outcome of the discussion. In this debate’s language, people become “consumers,” compulsion and other emotions are co-opted by “curiosity,” and “information” is equated with knowledge.

“Consumers” and the role (and danger) of advertising

When discussing the sale of an individual’s genetic information, critics, advocates, policymakers, and journalists alike tend to refer to the person involved as the “consumer.” Though disheartening, this reveals a good deal about the discourse over regulation. When our conversation begins with the act of purchasing a genetic diagnostic, it obviates the deeper discussion of what initially motivates that purchase. Why do I want to buy a genetic test?

Is it safe to say, in the Western world, that I might be motivated by advertising? 23andMe, deCodeMe, and Navigenics already have advertising campaigns touting the benefits of understanding one’s own genome—though for now the ads are relatively benign. It’s not unrealistic, however, to imagine a future with widespread, sleek advertising for genetic tests, with commercials that use a marketing tactic that corporate Pharma has enjoyed for decades: manipulation. Think of insidious commercials like those for Enzyte or Prozac, which, even under regulatory strictures, incite anxiety and provide false hope. What exactly is preventing DTC genetics from being marketed in a similar way? What happens when the seemingly benign question—Do you know what's in your genome?—is presented in a manner than incites fear and paranoia.

“Curiosity” and the limits of regulation

“Curiosity” is another word commonly used in the DTC genetics debate. “Consumers have the right to be curious about their own biology,” advocates say. This is inarguably true, but it’s an oversimplification, as if someone’s choice could only be influenced by one emotion—curiosity—and never by a discordant blend of curiosity, vanity, compulsion, and fear. These emotions don’t all point in the same direction, and it is possible for someone to be curious about their genetic constitution, to acquire the desired knowledge, and then wish to unlearn it (disquieting personal stories that track this progression are a Google search away).

If we take into account all such emotions, the answer is not so clear. What measures should we take, then, as a society, to protect people from the regret or fear that can come with genetic results? Do we have a social obligation to mediate someone’s choice to learn about their genetic constitution, by educating them, or requiring consultations with physicians or genetic counselors, or enforcing a buffer period that affords some contemplation? Is it even our place to do so?

In the present market, several prominent DTC genetics companies, such as 23andMe and Navigenics, charge roughly $300 for a personal genomics test. The process is simple: spit in a mail-order tube, mail back that tube, and wait for analyzed results, which arrive in 2–3 weeks. At present, this can all be done without consulting or talking to another human being, facilitated by an online interface.

As far as I can tell, this is one of the United States’ first national conversations about regulating knowledge—though you would never tell from the official documents and reportage on DTC genetics, where the word “information” appears with casual regularity and the word “knowledge” is almost completely absent. In reality, however, DTC genetics regulations will control both information and knowledge. Your genes contain information—cold and inert facts of nature. Knowledge is how you interpret that information. Speaking only of genetic “information” is misleading given that much of the discussion stems from the general belief that peoples’ knowledge of their own genetics can have a measurable effect on them.

Indeed, in 1999, a global study published in the American Journal of Human Genetics indicated that in 4,500 individuals who tested positive for the Huntington’s indicator, the rate of suicide rose to 10 times than in the general American populace. This is at once miserable to think about and entirely unsurprising. The Huntington’s indicator is a forgone prediction of developing the disease, which is a neurodegenerative disorder with a bleak prognosis that typically manifests as loss of muscle coordination, cognitive decline, and psychosis. It is dreadful, and today roughly 95 percent of patients who have a family history of Huntington’s choose not to test for its genetic indicator. Evidently, knowledge ain’t always power. The question is, should it be regulated?

As relevant technologies improve and financial interest swells, marketing for this brave new industry will adopt more daring techniques, and this discussion will only become more baroque and contentious. As it plays out, we might do well to keep in mind the language of this debate, before it gets away from us.

Trevor Quirk is a science writer living in Boston. You can find more of his work at trevorquirk.com.