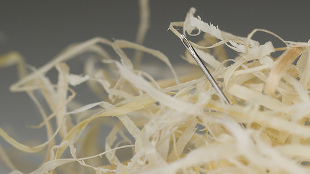 FLICKR, T_BUCHTELEWe are fortunate to live in an exciting time. Today, new technologies enable the design and execution of straightforward experiments, many of which were not possible just a few years ago. These experiments hold the potential to bring new discoveries and to improve medical care. An abundance of obvious-next-step experiments creates a buzz of activities and excitement that is quite palpable among graduate students, postdocs, and professors alike.

Such enthusiasm permeates the air and stimulates; it also overwhelms. It seems there is always so much to do and never enough time to do it. Recent findings have opened up many new research avenues, and emerging technologies are ever-alluring. How are investigators to pursue all of these things, given our limited time? Or, failing that, how can we at least choose the best leads to follow?

Much of the aforementioned buzz is often the result of an overabundance of...

Of course, some next-step experiments are poised to become major landmarks, as were the first gene expression measurement by RNA-seq, the first comprehensive mass spectroscopy-based quantification of a eukaryotic proteome, the first gene deletion collection, the first analysis of conserved DNA sequences in mammalian genomes, and the first induction of pluripotent stem cells. If I do not pursue the obvious experiments likely to become landmarks, someone else will, and science will progress without delay. These tempting experiments typically lure multiple independent groups, at least some of which abandon the projects once their competitors’ first big paper has been published.

Thus, none of the many tempting next-step experiments—even among these that are poised to be landmarks—is likely the best to do if I want to make a difference. After all, the many experiments that are obvious to me are likely to be obvious to most of my colleagues. Few of the most-tempting experiments are likely to bring genuinely new perspectives to standing problems. In fact, I find that the more obvious an experiment is to me, the less likely it is to evoke a new perspective, no matter what new and fashionable technologies are used. What’s more, the more tied up I become with next-step experiments, the less time I have to think of truly great ones.

The overabundance of stimulating next-step experiments contrasts strikingly with a dearth of genuinely new perspectives. Focusing on the genuinely creative ideas rephrases the original question of “How can I possibly follow all of the many tempting avenues?” to a harder, but potentially much more fruitful question: “How can I chart a course that’s truly worth following?”

Nikolai Slavov is a postdoctoral researcher at the Massachusetts Institute of Technology, where his focus is on the quantitative exploration of cellular metabolism via direct precision measurements and modeling.