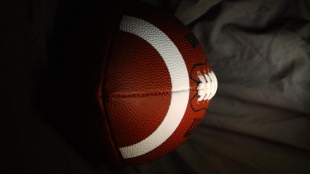 SXC.HU, SUPERCOLORLast August the National Football League (NFL) agreed to pay players $765 million to settle a lawsuit involving head trauma and neurodegenerative disease. While our understanding of head injury impacts on high school and college footballers remains incomplete, there is enough evidence to compel universities to assess their responsibilities and organize their diverse capabilities to address the problem.

Key to such an assessment is recognizing that the burden of proof varies for purposes of science and purposes of policy, and that both levels of proof are subject to significant ambiguity.  Failure to grapple with these ambiguities could leave some universities sounding much like other organizations and private companies that have stubbornly denied responsibility for dangerous products.

A common deception used to refute mounting scientific evidence is to argue that the burden of proof for policy change must rise to scientific standards. However, proof for purposes of science is...

Proof for purposes of policy is highly contextual and subjective; it varies with the specific remedy being contemplated. Certainly, studies to date on the impact of head trauma in college athletes have been incomplete. One such study found that a single season of college football did not produce measurable cognitive decline, but did show negative effects on learning (a distinction discernible only by specialists). Even so, few are asserting the evidence is strong enough to radically modify existing programs.

But the context does suggest the evidence should spur universities into action. While an athlete playing a few years of college ball will suffer many fewer hits than an NFL veteran, the larger population suggests a public health concern. Beyond numbers, there are obvious concerns when dealing with young people—chiefly, that trauma to a still-developing brain can be particularly damaging. Clearly, college ball is a major motivator for even younger athletes to play high school football. College players do not receive the same financial benefits as NFL players; and there is little chance of obtaining truly informed consent from 18-year-olds. This is compounded by our lack of adequate scientific knowledge of the true “risk.” And it’s well worth noting that football programs are run largely for the benefit of the university.

One responsibility is to stay ahead of the problem. College football is a titanic economic and emotional force, and there will be demands to evaluate new data at the level of proof for purposes of science. But if new evidence points to new dangers, universities would be acting hypocritically by ignoring data that are sufficient for purposes of policy. To that end, universities should create mechanisms that link the analysis of scientific information directly to athletic program policies. Football coaches should not be in charge of head trauma policy.

Another responsibility, which is consistent with universities’ missions and their capabilities, is to close the knowledge gap. Head trauma is a complex heterogeneous malady that historically has not been a high priority for federal research funding. It will likely be a long and slow road to improving our understanding of basic mechanisms. There are, however, significant opportunities to gather neuropsychological data and correlate findings with the quantity and intensity of impacts. Universities should not wait for external funding and should use revenues from athletic programs to fund such research.

A third responsibility is to develop protocols for informed consent with respect to the age and maturity of the athletes. Players and their parents and guardians deserve a full explanation of what is known about the risks so that they can make individual policy decisions.

Meeting these cross-cutting obligations will require commitment of university leadership at the highest levels. Universities with major medical schools should feel especially obligated to fulfill these responsibilities; with their unique creed and independent sources of revenue, these intuitions already have the capabilities to ensure that both the science and policies are sound.

The debate about head injuries in football will persist for years, if not decades. Although research is unlikely to eliminate all scientific knowledge gaps, it is and will remain an essential tool for informing responsible policymaking. The specific context for college football demands that universities abandon old constraints and aggressively utilize scientific information in this manner.

David Rubenson is an independent policy analyst in Northern California. Paul Salvaterra is a professor of neuroscience at Beckman Research Institute at City of Hope.