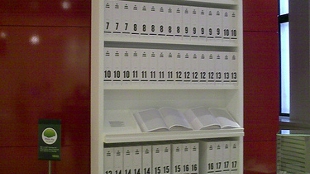 The Human Genome BookshelfFLICKR, TONY KENNICKThese are gloomy times for government funding for science, as President Barack Obama no doubt recognized when he cited a huge multiple for payback on the human genome project  (HGP) in his State of Union address in February. Obama referred to a report by the Battelle Institute, entitled “Economic Impact of the Human Genome Project.” The lengthy document calculates that the $3.8 billion investment in the sequencing of the human genome released a $796 billion torrent of rewards, along with 310,000 jobs. Last month, the president reinforced his vision by announcing that his budget for 2014 will include $100 million for the project called BRAIN: Brain Research through Advancing Innovative Neurotechnologies, with the promise of similar returns on investment.

The Battelle Institute is a global research and development organization that frequently publishes reports on science and technology sectors. Although the study...

Although one can’t dispute the contribution of the human genome data to various areas of basic research, I would challenge the examples that the authors use to buttress their arguments. Many of those discoveries were accomplished years before even the rough copy of the HGP was available in 2000. Indeed, there were products and therapeutics in the marketplace well in advance of the publication of the HGP. To cite some specifics:

The authors mention the development of Herceptin (an anti-cancer monoclonal antibody) for the treatment of breast cancer as one of the biomedical applications of genomics and human genome sequencing, but studies on the erB-2 receptor were published as far back as the 1980s, and many investigations on both a clinical and non-clinical level were reported during the 1990s. Genentech gained approval for the antibody in 1998, after which it was widely adopted in the treatment of HER-2 positive breast cancer. So arguing a causal relationship is somewhat mystifying.

The Battelle study also refers to gene therapy as an application brought about by the HGP, but there were many therapeutic trials of gene therapies as far back as the 1980s. Adrenoleukodystrophy, a genetic, X-linked condition (that achieved notoriety in the 1990 film, Lorenzo’s Oil) is the result of a mutation in the gene for a peroxisomal membrane transporter protein. It was the subject of many laboratory investigations in the 1990s, and reports of a successful gene therapy protocol appeared in 2009. However, although it too was cited by the Batelle report, the knowledge of the entire genome does not appear to have contributed much to the therapy, which resulted from many technical improvements, especially the use of HIV-derived lentivirus vectors for gene transfer into the patient’s cells. By the same token, Wiskott-Adrich syndrome, an X-linked disease characterized by thrombocytopenia, eczema and chronic infections, was held up by the report as an example of gene therapy driven by the HGP. But this disease was under investigation for years, and recent successes in its treatment are not related to the sequencing of the human genome.

In fact, the research on BRCA1, the gene that must be intact if the patient’s cancer is to respond to Herceptin, as well as other targeted genetic therapies were the types of investigations that some scientists argued would be adversely affected by the HGP.  Many naysayers in the late 1990s believed that the HGP was a fishing expedition that would drain resources from hypothesis-driven investigations such as those that led to Herceptin. Critics argued that it was a mind-numbing exercise that would produce reams of uninterpretable data, and would do little to advance our understanding of genetic diseases. From our vantage point 20 years later, it is clear that the HGP generated a great deal of information that has been employed to fill in the gaps in the genetic structure of many inherited disorders. On the other hand, $3.8 billion would have funded 3,800 NIH individual investigator grants at a million dollar level. It is inconceivable that such a monumental level of funding would not have produced an astonishing number of truly brilliant discoveries.

Nicholas Wade wrote in a New York Times article, “A medical team led by Dr. Nina P. Paynter of Brigham and Women’s Hospital in Boston collected 101 genetic variants that had been statistically linked to heart disease in various genome scanning studies. But the variants turned out to have no value in forecasting disease among 19,000 women who had been followed for 12 years.” The variants mentioned in the research were identified via genome-wide association studies (GWAS) that use genetic markers culled from sequencing the entire genomes of different individuals. This information, provided by the HPG, is used to identify person to person variation.

And Vinit Sawhney and colleagues at the Department of Cardiology at St Bartholomew’s Hospital in London stated in a peer-reviewed paper, “The results of GWAS have [had] minimal to modest impact, if any, on preclinical diagnosis, risk stratification, or genetic based prevention and treatment at an individual level.”

The HGP is a marvelous technical achievement, and has yielded many important genetic insights. But it is hard to accept the Battelle conclusion that it has already generated upwards of a trillion dollars in payback. The progress in our understanding and treatment of many complex diseases has been brought about through multiple lines of attack, and to attribute all these advances to the HGP is a vast oversimplification. No doubt the future will bring ample rewards justifying the expenditures. But to argue that a 141 to 1 payback has already been realized is confusing to the public and raises false expectations that will backfire in the long run.

K. John Morrow, Jr. is the CEO of Newport Biotech Consultants, a company that provides editorial and counseling services to universities and to the private sector.