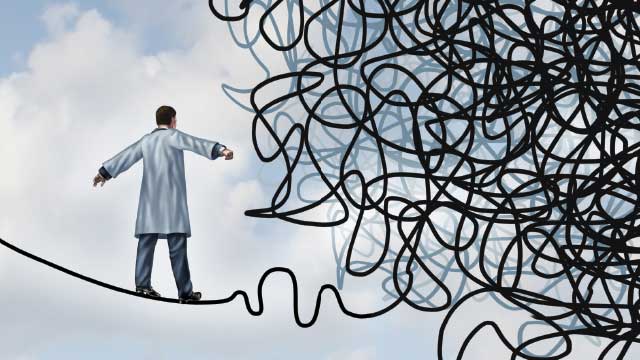 Postdoctoral fellows play a critical role in the research productivity of any country. Currently, the United States has a relatively strong postdoc infrastructure, offering higher salaries and more benefits than most other countries. Postdocs also have support from the National Postdoctoral Association (NPA) and postdoc offices in most American universities. However, limited growth in federal research funding during the last decade has made it increasingly hard for postdocs to find permanent jobs. The limited funding has also created a highly competitive environment for those who do find positions as principal investigators (PIs). Under constant pressure to produce high-impact papers and secure large grants, many PIs no longer invest adequate time and attention in the development of their postdocs, treating them instead as a skilled labor force.

Conversely, research and development (R&D) funds have increased nearly tenfold in China over that same period, and the number of postdocs...

My colleagues and I recently surveyed the postdoc community, the amount of federal R&D funds, and the annual number of publications in both the U.S. and China (BioScience, 65:1088-95, 2015). Between 1993 and 2012, China exhibited exceptional growth in all three of these areas: the total number of domestic and international postdocs increased substantially each year; government funding rose at a rate of approximately 18.7 percent per year, resulting in an increase of approximately 2,273 percent (from $7.08 billion to $168.2 billion) over the 20-year period examined; and the number of publications has increased fourfold. In the U.S., on the other hand, the number of postdocs has not increased; federal funding has decreased approximately 0.2 percent per year, resulting in a total decline of 4.7 percent between 1993 and 2012; and the annual publication output has remained relatively constant. The relative difference in publication trends held true even when examining only those papers published in the high-impact journals Science and Nature.

There is no doubt that these three factors—postdocs, federal funding, and publications—are correlated. There is a stark difference between China’s upward trends and the U.S.’s neutral and slightly downward trends, which raises an interesting question: Could increased funding for postdocs spur greater scientific productivity in the U.S.?

In a survey conducted at Harvard Medical School, 70–97 percent of papers published between 1990 and 1999 from select high-profile labs, including 43 percent of papers published in Science, had a postdoc as the first author (Science, 285:1531-32, 1999). This trend, which continues in the U.S., indicates that postdocs remain one of the most productive groups in research. In addition to publications, postdocs bring new research ideas, mentor graduate and undergraduate students, and help PIs write grants.

One trend we noted in our recent study is the significant movement of young researchers from China to the U.S. for their postdoctoral training. One half of current postdocs in the United States are non-US citizens with temporary visas. Only 11 percent of China’s PhD recipients continue their research as postdocs at Chinese institutions (Nature, 452:1028-29, 2008); many head to the United States. Some Chinese researchers choose to expatriate even earlier in their training; the number of Chinese graduate students in the U.S. more than tripled from 1987 to 2010. China is now the largest source of foreign science doctoral graduates in the U.S. China’s notoriously low stipends are pushing talented young researchers toward postdoctoral opportunities abroad, and the widespread use of Mandarin has created a language barrier that often deters international postdocs from accepting positions in China. On the other hand, international postdocs are often attracted to the U.S. because they believe it provides a better opportunity than their home countries for advancing their research career. The U.S. is able to offer higher postdoc salaries and greater benefits, and the country’s cultural heterogeneity makes integrating into the new environment much easier for international postdocs.

However, postdocs in the U.S. are facing increasing uncertainty of landing a permanent job. Instead of creating job openings for permanent staff scientists, PIs and some funding agencies tend to favor hiring postdocs, partly due to postdocs’ relatively low salaries and high research productivity. A recent estimate showed that only around 15 percent of U.S. postdocs secure tenure-track jobs, while another survey found that the unemployment rate after completing a postdoctoral fellowship has more than doubled from four percent in 2008 to 10 percent in 2012.

As a result, postdocs are staying in these low-paying positions much longer. While a typical postdoc position used to average just one to two years, many young researchers today remain postdocs for upwards of three to five years (Nature, 452:1028-29, 2008; Nature, 471:578, 2011). Others are becoming discouraged by the prospect of a life in academia and choosing to take positions in industry, or to abandon primary research altogether.

In order to maintain their high output of top-tier research, both the U.S. and China must enact significant changes. China must direct more funds toward increasing postdoc stipends and improving the quality of research training, and the U.S. needs an influx of financial support, along with maintenance of current postdoc standards. In addition, both governments should offer specialized counseling for postdocs and open all postdoc fellowship programs to national and international researchers.

Changes must also occur at the university level. Academic institutions should teach students about the academic career path, collaborative research, and time and laboratory management; revise the selection criteria for incoming graduate students to ensure that only the most talented candidates enroll; and conduct surveys to determine which types of students tend to perform better in industry or academic settings, then redesign graduate programs accordingly. Additionally, if institutions are unwilling or unable to create new tenure-track faculty positions, they should create additional permanent staff research positions.

Recent trends in the U.S. and China are keeping postdocs undervalued and unemployed. This ultimately will drive bright minds away from research, and limit or cease altogether our advancements in science. My coauthors and I believe that acting on these recommendations will help to raise standards for the global postdoc community and the scientific community as a whole.