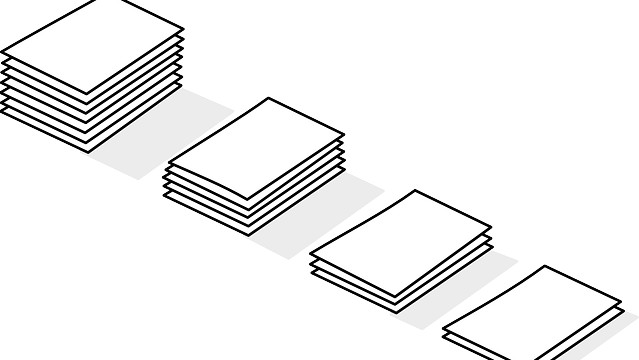 PIXABAY, OPENCLIPARTIt was not until the Supreme Court decided a case concerning marital contraception that the right to privacy became a legally cognizable interest sanctioned by the United States. In 1965, the landmark ruling in Griswold v. Connecticut (381 U.S. 479) held that, when one looks at the Bill of Rights, a natural extension is a right to privacy. Since that decision, courts and governments have sought to define the parameters of this right.

A right-to-privacy concern for scientists might seem minor. After all, much of the scientist’s work has a degree of transparency to the point of actually sharing sufficient data so that others can attempt to replicate research. In the context of a research misconduct proceeding, however, careless attention to this basic right can damage—even ruin—a scientist’s career.

The world of scientific misconduct opens the doors to the dicey prospect of allowing mere allegations to bring harm...

A number of monumental cases of misconduct several decades ago led Congress to conclude that federal oversight of scientific research must be put in place to protect taxpayers’ money as well as science itself. The US Department of Health & Human Services (HHS) Office of Research Integrity (ORI) is charged with protecting scientific research funded by agencies within the Public Health Service. So when there is an allegation that data has been falsified or fabricated or there is an accusation of plagiarism in a paper reporting federally funded research results, ORI steps in to oversee a process to determine whether there is merit to the allegations and, if so, what punishment to hand out.

The scientific misconduct process typically takes place at the scene of the alleged infraction(s)—the institution where the accused scientist conducted the research in question. It is there, through a series of inquiries and investigations, that trouble may result, harming the scientist’s career, potentially irretrievably.

Institutional misconduct investigation policies and procedures typically follow the federal policies and procedures. Although the federal regulations provide that the process itself remains confidential, even the best administrators within a university or hospital conducting the investigation may provide inadequate protection of the accused scientist’s right to privacy during the process. Sure, the regulations require that the institution take steps to restore a reputation that suffers the scars of shrapnel in the battle to defend a career against allegations of misconduct. However, this is frequently too little and much too late.

Sometimes even well-intentioned people just get it wrong. History is replete with instances in which the wrongfully accused have suffered serious consequences during an investigation—by others and by their own hand. The Salem witch trials, which led to the untimely deaths of those defendants accused of practicing witchcraft in the 1690s, show how the impact of accusations followed by misguided investigations can affect the fates of those individuals they are levied at. The career-ravaging effects of McCarthyism teaches the lesson of sloppy protection of an accused person’s identity. The adage “once accused, twice denied” also applies to scientific misconduct proceedings.

Imagine a scientist who has been accused by a colleague of falsifying data in a federally funded research project. Because both the accused and the reporting parties have the right to a confidential process, the accused might not ever even know who reported the allegations of misconduct. However, the investigative process within the institution necessarily involves colleagues of the accused, who must either provide documents (such as lab notebooks or computers) or be subjected to an interview by one of the investigative committees. Far too infrequently are such colleagues properly instructed to keep the investigation confidential and not to disclose the identity of the accused to anyone. Pursuant to federal regulations, the institution itself is warned to provide information about the investigation only to those who “need to know” so that the committee(s) can thoroughly conduct the investigation. Unfortunately, many institutions are cavalier about providing adequate protection to the accused’s identity.

The real trouble results when the allegations of misconduct make it to the public. The name of the accused sometimes shows up in the press. What, then, becomes of a scientist’s career once that genie has escaped the bottle?

There are certainly many cases of exoneration of the accused. For example, the politics of a competitive scientific community sometimes cause normally sensible colleagues to falsely report misconduct so as to inflict damage to their competition for federal funds in research, and subsequent investigations reveal the accused’s innocence. But the damage is already done. In fact, some such scenarios have ultimately led to litigation (against the accuser, the institution, or both) once the investigation has completed and the accused’s reputation is in shambles, inadequately protected by the university.

How those accused of misconduct handle the accusations may determine the fate of their careers.  The built-in protections of the regulations governing the investigations can provide adequate armor if the parties involved are properly guided and heed the directions given. The threat of a follow-up requirement to restore the reputation of a scientist wrongfully accused of misconduct can be cumbersome and largely inadequate to convince colleagues and the public that nothing happened. Frequent reminders and careful safeguarding of the relevant policies governing confidentiality within the process are necessary to safely navigate a misconduct investigation while keeping the scientist’s privacy interests intact. The institution faces possible litigation should the process be breached. Accordingly, it will want to ensure all participants are properly advised about what they can say and to whom they can say it.

For the scientists involved, while they have a defensive mechanism of litigation available to them, they will have to wait until the process has been completed and then discuss with their lawyer the time, expense, and emotional upheaval associated with such litigation. During the course of the investigative process, whether aided by a lawyer who understands the nuances of scientific misconduct practice or not, the accused scientist must zealously defend the rights afforded him or her by the federal regulations and those of his institution.

A scientist’s reputation can be destroyed by an improper and premature public identification as the subject of research misconduct allegations. In an imperfect system built largely to protect our federal research dollars, it is up to the scientist to safeguard his or her personal interests.