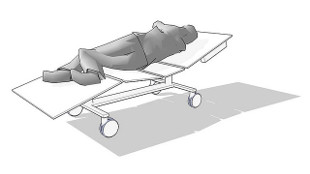 FLICKR, JUHAN SONINAcross a broad spectrum of diseases and injuries, researchers are making significant progress in clinical trials for regenerative medicine. Chimeric antigen receptor (CAR) technologies that enhance killer T-cell activation for tumor destruction are emerging as  powerful tools for eradicating cancer. Neural stem cells are being used for recovery of function in patients with spinal injury, children with demyelinating diseases, and for those with certain eye diseases. There are emerging therapies to correct genetic blood diseases, such as sickle cell disease and beta-thalassemia, and a potential breakthrough on the horizon for treating HIV/AIDS—targeting the viral co-receptor CCR5 on blood stem cells.

But a group of malefactors is poised to hamper the promise of such therapies, by administering stem cell-based “cures” that are unregulated and unscientific. Patients eager to receive unapproved treatments they’ve seen advertised are often willing to travel to countries where private clinics will administer them, at...

Regenerative medicine is complex. A single delivery of cells is rarely successful. Because such medical tourism is not strictly regulated, the cells administered may be of fetal origin, extracted from fat or blood, or simply conditioned medium from cell cultures. While delivery systems vary, it is concerning that foreign protein, cells, or cell extracts are today being administered to naïve patients who expect major regenerative benefit without any genuine evidence of the product's mechanism of action. The activities of these medical tourism centers are a major barrier to the delivery of genuine cell therapeutic clinical trials by bringing the whole field of cell-based therapies into disrepute.

It is time that a “shame file” of unregistered and unscientific treatment centers is constructed and widely communicated to warn patients of the dangers of these unregulated and inadequately managed therapies being offered internationally. National academies, such as the US Institute of Medicine, have sufficient recognition and influence to host such a file, which could be used to protect unknowing patients. Further, an independent team of scientists should investigate claims made by organizations offering cell-based therapies in order to have a robust due diligence process. In general, scientists in the field readily recognize unethical clinics; however, there are likely to be legal challenges to inclusion on such a list from well-financed organizations. The International Society of Stem Cell Research has been active in bringing this matter to attention, but a more concerted effort is needed to impact on the claims and the volume of patients still at risk.

There is a need to provide a communication system that can assist patients and protect them from abuses that will negatively impact on the delivery of a new wave of cell therapies currently entering registered clinical trials. The Californian Institute for Regenerative Medicine (CIRM), of which I was president, has proposed a clinical network, called Alpha Stem Cell Clinics, to provide patients with independent counseling on where registered clinical trials are being undertaken and to help patients navigate the information overload that includes a large volume of medical tourism clinics. This is a positive process of guidance that can warn patients to avoid the shoals of expensive, unethical, and inadequately managed therapies. CIRM anticipates the Alpha Stem Cell Clinics will be approved later this year.

There is a role for all professional organizations to ensure that only reasonable claims are made about cellular therapies and associated treatments. For example, the Alliance for Regenerative Medicine, which is composed of companies and nonprofit organizations that are involved in therapies for regenerative medicine, could play a role here. While this organization and its members do not approve of unregistered clinical trials, they ought to be more active in ensuring the scientific integrity of all studies going forward.

The US Food and Drug Administration (FDA), too, has a role to protect the community from unscientific and unregulated clinical treatments, even those administered overseas. However, the FDA has a relatively small role in many autologous medical therapies if the cells are not manipulated. This may expose patients to treatments, such as the injection of fat cells into damaged joints, that have very little scientific evidence of benefit.

To move forward and to protect the very patients we aim to treat, researchers working on regenerative medicine must address the problem of medical tourism. Our advancement of the new wave of scientifically sound clinical trials may well depend upon it.

Alan Trounson is senior scientific advisor for the California Institute for Regenerative Medicine (CIRM), where he was president from 2008 until this May. He’s also an emeritus professor at Monash University in Melbourne, Australia.