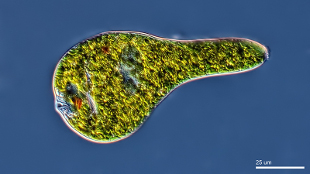 Few would question the utility of mitochondrial DNA (mtDNA) as a genetic marker. But it is increasingly clear that sequencing mtDNA has become an easy route to peer-reviewed publications; at times, the pursuit of these publications is encumbering journal editors, referees, and the research infrastructure as a whole. Is publishing papers on mitochondrial genomes a relic of the “publish or perish” academic landscape? Should mtDNA sequences go directly into GenBank? Are we still gaining new and significant insights from mitochondrial genome data?

The first non-viral genome to be...

Today, mitochondrial genomes are among the most widely used genetic markers, and some have argued that the mitochondrial gene cox1 should be the universal genetic barcode for eukaryotic biodiversity analyses. Archeologists and forensic scientists depend on mtDNA for their work, partly because of its uniparental mode of inheritance, high copy number, and lower rate of decay relative to nuclear DNA. Medical researchers use mtDNA to study, diagnose, and treat mitochondrial diseases, which are some of the most common types of genetic disorders. Mitochondrial genetics is even becoming an integral part of human reproductive technologies.

More than anything, perhaps, mitochondria have provided an endless reservoir of unconventional genomes—from the enormous, multichromosomal mtDNAs of various flowers to the baffling chainmail-like mtDNAs of kinetoplastids. It is hard to imagine the field of molecular evolution as it stands today without the contributions from mitochondrial studies.

With state-of-the-art methods for generating complete mtDNA sequences there came a deluge of publications describing these sequences. The scientific literature is saturated with mitochondrial genome papers. Some of these papers address fundamental questions, but others, unfortunately, add little in terms of new knowledge, and reflect more on some researchers’ desires to accumulate peer-reviewed papers in place of achieving scientific progress. Many journals have become dumping grounds for mtDNA papers of varying quality. All of this is tying up editors, reviewers, and the authors themselves, and potentially distracting them from more valuable tasks.

Paper or no paper, 90 percent of all sequenced mtDNAs are metazoan, and only about 3 percent of are from protists. This distribution of data does not reflect eukaryotic biodiversity, which is largely microbial and for which animals represent only a modest proportion. The paucity of microbial mitochondrial data reflects not only the “prioritization” of animals over other organisms, but also the fact that many microbial eukaryotes are difficult to culture and have complicated mtDNAs, making their mitochondrial genomes hard to sequence. But this may soon be changing.

Recently, there have been major collaborative initiatives to study protist genomics. The Marine Microbial Eukaryotic Transcriptome Sequencing Project, in which I took part, made publicly available the transcriptomes from hundreds of marine protists. The raw sequencing data from these transcriptomes are in GenBank’s Sequence Read Archive will enable other groups to examine mitochondrial transcription in some of the most poorly studied—but ecologically important—organisms on Earth.

Metagenomics is also aiding microbial mitochondrial research. Massive environmental nucleic acid sequencing projects can capture the genetic information from the viral, prokaryotic, and protist communities from which the samples are taken. Mitochondrial genome data are rampant within environmental sequencing projects and new computer algorithms are facilitating the assembly of mtDNAs from mixed sequencing samples. Metagenomic datasets now exist for extreme and uncharted ecosystems, and the mitochondrial sequences within these projects are helping to uncover previously unknown microbial lineages.

Moving forward, many eukaryotic species will require more detailed investigations of their mitochondrial genome architectures. In my opinion, there is a need for studies that combine traditional molecular biology techniques with whole mitochondrial genome sequencing. Research on the chromosome structure, modes of repair, replication and expression, and the underlying proteome of mitochondrial systems are all excellent avenues for future research. An emphasis on any of these different research avenues will complement nicely the huge quantity of mitochondrial genome data that are already available and growing ever larger. It may be late in the day for mitochondrial genomics, but the sun has not yet set.

This article is adapted from a review published in Briefings in Functional Genomics.

David Roy Smith is an assistant professor of biology at the University of Western Ontario.