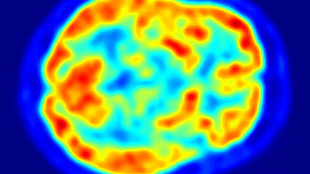 WIKIMEDIA, JENS LANGNERThe US government plans to support research that aims at mapping brain activities to gain insight into the processes of perception, decision-making, and, ultimately, consciousness. The BRAIN (Brain Research through Advancing Innovative Neurotechnologies) Initiative is expected to cost billions of dollars, and will likely take many years. The European Union is also pouring its resources into brain research, this spring deciding to assign €1 billion to two Flagship projects, one of them the Human Brain Project. Like the US BRAIN project, it which will focus on multiple levels of brain organization, from genes to cognition and behavior.

These announcements are good news for the research community, for patients, and for drug companies and other industries that benefit from basic brain research that points to new ways to study, treat, or alleviate neurological diseases.  But there is more to brain health than diagnosing and treating disease; it also...

This is a shame. A wealth of research shows that metals, pesticides, solvents, and other chemicals can seriously impede brain development in children. So far, we have identified about a dozen chemicals that can harm brain development in children and result in lasting deficits and disease, and there are more than 200 additional substances, the majority commonly present in the environment, that are known to be neurotoxic in adults, but for which we have little or no evidence for the effects on brain development. Furthermore, animal models suggest that brain toxicity during early development may lead to degenerative brain disease, such as Parkinson’s and autism, later in life. We need to understand better the causation and emergence of brain diseases as a result of toxic chemicals.

Additionally, beyond well-characterized disease, there is evidence that childhood exposure to lead, mercury, pesticides, and other brain-toxic chemicals can lower intelligence. As people with lower IQs tend to land jobs that pay less, health economists have calculated that “chemical brain drain” due to neurotoxic chemicals is costing the US billions of dollars per year in terms of lost income —many times the budget for the BRAIN Initiative. In addition, children with cognitive deficits require more support in school, and in some cases may incur health-care costs for dealing with their disabilities. Finally, brain toxicity may also lead to delinquent or criminal behavior. Less tangible costs associated with suffering and loss of well-being are important, but more difficult to estimate. However, it is clear that chemical brain drain is costing enormous amounts in terms of education, health care, social costs, and lost economic productivity. This evidence deserves exploration in the new brain research initiatives. In addition, the effects of toxic chemicals can benefit science by shedding light on both normal and abnormal brain processes.

Aside from the science, we also need to learn from the blunders of the past that contributed to the serious public-health impact of the chemical brain drain. Until a few decades ago, we erroneously assumed that the placenta would protect the fetus against foreign compounds. We also relied on the blood-brain barrier to block the passage of toxic compounds from the systemic blood circulation into the brain.  We thought that brain development was inherently safe, unless clinical symptoms emerged. All of these assumptions later proved to be way too optimistic, as we found that the majority of industrial chemicals find their way from the mother’s circulation to the fetus, and that “subclinical” brain damage could lead to neurodevelopmental abnormalities and massive loss of IQ points. Most seriously, regulatory agencies assumed that chemicals were innocuous, as long as a definite proof of any adverse effects was not available.

We get only one chance to develop a brain. Yet no textbook discusses brain development from the point of view of vulnerability to toxic damage, and only a tiny fraction of neuroscience todays focuses on the developmental and toxicological origins of brain dysfunctions and disease. Methods for neurotoxicity testing of chemicals are available, but some need further validation or refinement. Our future use and production of chemicals should be tested for safety with regard to brain development. The new research initiatives can contribute crucial guidance for prudent decisions on protecting the brains of our children and grandchildren. That would be an intelligent investment.

Philippe Grandjean is an adjunct professor at Harvard School of Public Health and professor and chair of Environmental Medicine at the University of Southern Denmark. He has conducted studies in many countries to determine brain toxicity in children exposed to mercury, lead, pesticides, and other substances. He is author of Only One Chance: How Environmental Pollution Impairs Brain Development – and How to Protect the Brains of the Next Generation, Oxford University Press, 2013.