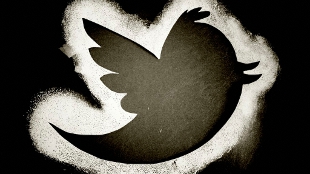 FLICKR, ANDREAS ELDHSocial media and Web 2.0 technologies are narrowing the communication divide between experts, journalists, and lay audiences. Not only can scientists communicate to lay audiences directly, they can interact with them. Given the rate at which modern technologies leave the lab and hit the marketplace, media outlets are extremely important for building public awareness around new breakthroughs in science and technology. Nanotechnology, for example, first caught the public’s collective eye through popular accounts in comic books, movies, and television series like Star Trek.

Despite the common assumption by scientists that public communication is rarely beneficial and may be detrimental—for example, by being too time consuming—there has been no empirical investigation into whether scientists’ efforts to communicate with wider audiences through social media are impactful for their careers.

In order to investigate this issue, we surveyed leading scientists involved in nanotechnology research at universities across the United States to ask them about their behaviors regarding lay communication, then tracked their academic impact...

Our results show that scientists who interacted more frequently with journalists had higher h-indices, as did scientists whose work was mentioned on Twitter. Interestingly, however, our data also showed an amplification effect.  Furthermore, interactions with journalists had a significantly higher impact on h-index for those scientists who were also mentioned on the micro-blogging platform than for those who were not, suggesting that social media can further amplify the impact of more traditional outlets.

The boundaries that separated scientists, journalists, and the public are blurring. With interactive social media, these worlds are beginning to overlap significantly. On Twitter, for example, scholars can keep abreast of new developments and research by following others in their field. On the same platform, lay audiences can receive, repost, and comment on new scientific findings. As the definitions of expert and public communication continue to change, and the media environment and public audiences  adapt to it, scientists will have no choice but to evolve, too.

Sara K. Yeo is a doctoral student in the Department of Life Sciences Communication at the University of Wisconsin-Madison.

Dietram A. Scheufele holds the John E. Ross Chair in the Department of Life Sciences Communication at the University of Wisconsin-Madison, and is co-PI of the Center for Nanotechnology in Society at Arizona State University

Paul Nealey is The Brady W. Dougan Professor in the Institute for Molecular Engineering of the University of Chicago

Elizabeth A. Corley is the Lincoln Professor of Public Policy, Ethics & Emerging Technologies and an Associate Professor in the School of Public Affairs at Arizona State University