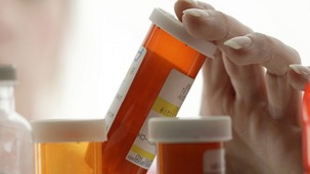 WIKIMEDIA, CDCHealth research projects are increasingly being conducted that do not fit the standard picture of biomedical research. On the online crowdsourcing health platform Genomera, for example, a small group of individuals set up a study to test the effects of the intake of different kinds of fats on their ability to do mathematical calculations, while another Genomera group linked genetic variation to the effects of vitamin intake. On the patient social networking site PatientsLikeMe, a group of ALS patients self-experimented with lithium to determine its effects on the progression of their disease and produced systematic results that were published by a leading scientific journal. And large numbers of patients have responded to calls by PatientsLikeMe and other health networking sites to rank therapies or to log their experiences while using approved drugs off-label.

As these examples indicate, those concerned about particular diseases or other aspects of health, or...

PLR is simultaneously an alluring and a challenging endeavor. The research projects it has generated to-date are by no means homogenous and so resist being subsumed comfortably under a clear definition. Some of its forms strongly resemble standard biomedical research. Others are so different that common research nomenclature strains to describe the processes and participants involved. Are the “principal investigators” and the “research subjects” one and the same? Are “research sponsors” indistinguishable from “research subjects?” Do the Terms of Agreement for use of a social networking site suffice as “informed consent?” And given these ambiguities, are the norms and mechanisms for regulating standard biomedical research properly applicable to PLR?

In a recent paper published in PLOS Medicine, we explored the ethical oversight of PLR. Should the institutional review board (IRB) mechanism for ensuring the protection of research subjects in standard biomedical research be extended to PLR? Our analysis begins by conceding—controversially, but for the sake of argument—that the existing IRB procedure is an appropriate way of fulfilling obligations of ethical oversight in standard research. Whether it is also appropriate to PLR, however, depends on its distinctive character; in particular, the salient respects in which such research resembles or differs from standard research.

In comparing PLR with standard research we identified six dimensions that generate ethically relevant considerations: institutionalization, state recognition and support, incentive structures, openness, bottom-up approach, and self-experimentation. Some of the issues we identified included the authority structures and capabilities of institutions, pressure to participate in research, exploitation of participants' motivation, respect for autonomy, and paternalism. For example, institutions are able to mobilize formal command structures and considerable material resources, enhancing their capacity to exert various forms of undue pressure. Additional dangers arise in the case of institutions motivated by profit, including the potential exploitation of research participants. Further concerns in PLR include the risk of peer pressure to participate in a research project (i.e. within a patient community) or the danger that vulnerable individuals seeking cures may be inclined to run unacceptable risks.

The fact that the concerns associated with PLR can vary significantly from those at play in standard research arguably affects the obligations regarding ethical oversight in each case, and it is our contention that ethical oversight for PLR needs to be flexible enough to accommodate such differences. In this vein, we propose a nuanced, tailored approach to ethics review, which we believe strikes an appropriate balance between protecting participants’ broad interests and fostering innovative research.

In our model, PLR research projects fall into one of three categories. First, those that are conducted in a state-supported or profit-making institution require standard IRB approval. For the remaining projects, the obligations of ethical oversight will depend on the level of risk to the participants. Those presenting minimal risk do not require any ethics review, whereas those above the minimal risk threshold will require review, but not necessarily by a standard IRB. Alternative review models, such as crowd-sourced ethics review in which the question of ethical conduct is posed online to suitably specified groups drawn from within the project and the wider community, should be explored.

Just as innovative scientific research methodology disrupts established ways of doing things, our ethical thought about it should mirror its innovative and disruptive character. Our proposal opposes a rigid, one-size fit-all model of ethical oversight.  It does not question the importance of ethical oversight, nor the obligation to respect ethical values and research ethics principles. Quite the opposite, it is driven by the commitment to ensure that PLR is done ethically, and in a way that is properly responsive to the risks and benefits that are characteristic of this form of research. Putting this proposal on the table will hopefully help stimulate debate about the ethical oversight of PLR and whether it should transcend familiar institutions and procedures.

Effy Vayena is a senior research fellow at the Institute of Biomedical Ethics, University of Zurich, Switzerland.