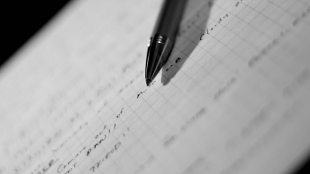 FLICKR, BRADY WITHERSThis winter, I received a request to participate in a survey to identify the “top ethical and industry concerns of those at the helm of scholarly journals.” The survey was sponsored by iParadigms LLC, the company that sells iThenticate, a service to identify plagiarism in scientific publications. Since I am editor-in-chief of Investigative Ophthalmology and Visual Science, a journal that uses iThenticate software to check for plagiarism, I considered taking the survey. Reading through the questions, however, I felt that the survey was “rigged”—designed in such a way that plagiarism would undoubtedly come out as the top concern—so I declined to submit my responses.

In April, I listened to an iThenticate-sponsored webinar, moderated by Jason Chu of iParadigms’ website plagiarism.org, in which invited speakers Virginia Barbour, council chair at the Committee on Publication Ethics (COPE), and David Moher, editor-in-chief at the journal Systematic Reviews, discussed...

In my opinion, the design of the survey and the discussion of its results constitute an ethical breach by iThenticate. If I reviewed a manuscript that contained a survey that was so clearly designed to produce a specific result, I would reject it out of hand. Worse yet, by ignoring the importance of “misconduct,” iThenticate presented the results of the survey in a way designed to make plagiarism appear to be a bigger problem than it is. In their online summary of the webinar, iThenticate states that plagiarism was “the survey’s lead ethical issue,” although, again, it was actually “plagiarism and misconduct.” In doing so, they took advantage of the reputations of Barbour and Moher, making them unwilling collaborators in their sales pitch.

Plagiarism is a significant ethical concern, but does not usually contribute to scientific error. iThenticate’s software works well, in my experience. However, by its actions, iThenticate practiced rampant self-promotion, which is an important contributing factor to scientific misconduct. This was not a good example to be set by a company promoting software to assure ethics in scientific publishing.

David C. Beebe is a Janet and Bernard Becker Professor at Washington University School of Medicine and the editor-in-chief of Investigative Ophthalmology and Visual Science.

See this month’s Critic at Large column, “Defending Against Plagiarism,” for a further discussion of plagiarism in the scientific literature.