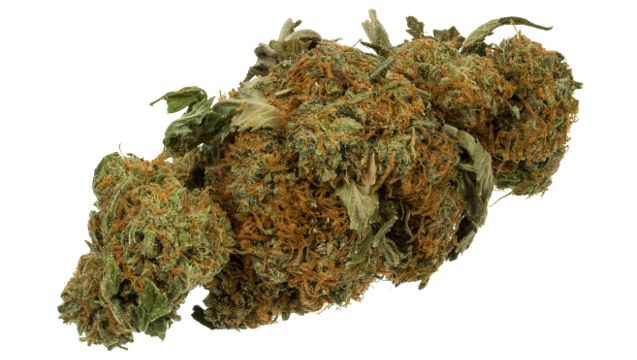 WIKIMEDIA, EVAN-AMOSCannabis is hugely popular. One-hundred-eighty-two million people use cannabis across the world and, with this level of exposure, the way cannabis is regulated matters. As does the evidence of risks and benefits to health, which underpins regulation.

Sometimes saying nothing is as telling as saying something. Silence can suggest retaining the status quo. The World Health Organization (WHO) has been silent about the international regulatory controls on cannabis since its inception in 1935. The past 80 years have brought dramatic advances in scientific knowledge about cannabis, so it is odd that WHO has not provided updated advice about its legal status.

Indeed, cannabis continues to be scheduled in the same legal category as morphine—despite opiates such as morphine being more harmful, as recent drug fatality data reveal.

It is not surprising that many countries such as Uruguay, Portugal, and many states in...

The United Nations (UN) drug control system relies on WHO to provide evidence about drugs, which in turn should inform international policy and treaties. But WHO’s stance on drugs appears increasingly adrift from the evidence. The UN drug agencies, for example, continue to promote the idea that cannabis acts as a gateway to the use of harder drugs—despite the gateway theory having been discredited.

Although cannabis use has been declining in the U.K. in the past decade, this trend is not reflected across Europe or in other countries across the world. A survey of teenagers from 25 countries found that while their use of alcohol and cigarettes was declining, cannabis use was rising. So cannabis matters—and the approach taken to regulation for the current cohort of teenagers is key to the credibility of cannabis control.

WHO starved of cash

There is much speculation as to why policy change in supranational institutions proceeds cautiously almost to the point of inertia. Undoubtedly, different countries need to be appeased in the search for consensus. What is often downplayed is that organizations such as WHO have a seemingly permanent budgetary crisis. They are resource-light and, consequently, make very pragmatic decisions concerning what to fund. WHO’s leadership priorities include the promotion of universal health coverage, reducing shocks from the microbial world, and widening access to the most up-to-date health technologies.

Engaging in advocacy for change to the current global regulatory frameworks controling substances is nowhere near the top of WHO’s priorities. Several organizations are trying to change this and have submitted evidence to a recent meeting of an expert group at WHO. A detailed report put together by the Beckley Foundation and the Independent Scientific Committee on Drugs concluded that WHO should conduct a critical review of the scheduling of cannabis. They argue that the current scheduling of cannabis is not only out of step with the available evidence but is restricting its potential use as a medicine.

Uruguay has led the way by being the first country to adopt regulated access to cannabis. This has taken three years of careful planning. A recent report offers WHO and its member states some useful tips.

The newly founded regulator in Uruguay, the Institute for the Regulation and Control of Cannabis (IRCCA), had to double its budget requirements to ensure adequate staffing levels. Investment in public health messages is also viewed as an important element to ensure people are given information about health risks associated with the use of cannabis.

So it is clear that a responsible, evidence-based policy toward cannabis costs money and requires investment in public health—although regulation might produce tax revenue, which could offset this.

But why does all this matter? The current scheduling of cannabis lacks credibility as it is clearly not harmful to the majority of people who use it. It also creates harm by forcing individuals to break the law and support organized crime in the production and distribution of the drug. Expert consensus is that change is needed but falls short of a unified position on what that change would look like, as each country will have its own considerations when regulating cannabis. The Beckley Foundation offers a flexible and staged approach that could be used as a guide.

The best hope of movement may be if one or more member UN states request that WHO undertakes a critical review and also offers to provide funding for the work involved. There are a number of reform-minded states that might do this individually or, better still, collectively. These include Uruguay, Canada, Jamaica, the Netherlands, and Switzerland. It is a politically safe call as it is essentially a call for review of evidence rather than a particular policy position or reform.

The outcome of the review is uncertain and rescheduling alone would not provide the space for legalization. Even if the committee called for cannabis to be de-scheduled altogether (which is not impossible), amendments to UN treaties would still be needed as cannabis is specifically written into the treaty text in ways that most scheduled drugs are not. As these have to be passed by consensus at the UN, it is likely prohibitionist states would exercise their veto power.

There is an opportunity for WHO to make a significant impact on global health by conducting an expert review and encouraging the UN to revise the scheduling of cannabis. This would go some way in diverting the estimated $100 billion spent annually on drug control toward harm reduction. Good policy follows good science. WHO could show it cares about cannabis and the millions of people using it by reducing the health and social harms that result from the current international policy.

Ian Hamilton is a lecturer in mental health at the University of York, U.K., and is affiliated with Alcohol Research UK. Mark Monaghan is a lecturer in crimimology and social policy at Loughborough University, U.K. Steve Rolles is a senior policy analyst in drug policy and law reform.