Ask a selection of European scientists what they think about the way the European Union funds basic research and you'll get a pretty clear answer. It may be a frustrated snort or a bitter laugh, but you'll get the picture. Now, the European Commission has outlined plans for an overhaul of research funding, but scientists' hopefulness is tinged with skepticism. Many researchers say that the EU's current Framework Programme, which awards funds to researchers, is plagued by baffling mountains of paperwork, political and social agendas, and onerous reporting requirements.

In February, the European Life Scientist Organization launched a petition calling for change, which has so far garnered more than 4,000 signatures. The organization demanded a decrease in administrative burden, the adoption of border policies that would allow researchers to move within the EU, an increase in funding, and the establishment of an independent funding agency to foster investigator-driven basic research....

FRUSTRATIONS, I'VE HAD A FEW

Bart de Strooper, a researcher in the Department of Human Genetics at the University of Leuven in Belgium, is a vocal advocate for change in the Framework Programmes. "Bureaucracy is the absolute main frustration, but also lack of trust in the scientists, lack of willingness to take risks, and finally, last but not least, a nonrealistic and very centralistic view on the science process," he says.

Even the Marie Curie Fellowships, a program to improve researcher mobility that some consider the best funding program launched by Europe, is tangled up in red tape, according to de Strooper. "Arriving at the Web site you are confronted with a bewildering complexity of procedures and paperwork and it takes really a lot of time before you know what the right forms are and what you have to fill in." de Strooper says that a Canadian postdoc applying for Marie Curie money recently became "dizzy" when trying to explain in the application how his fellowship would contribute to the "relevance of the activity," or provide "added value to the community," or have a potential for "improving the gender balance in the scientific/training area."

Researchers are currently required to form international consortia in order to be eligible for funds, and decisions about funding basic research are often made on the basis of political agendas, says Gottfried Schatz, of the Swiss Science and Technology Council. "Politics, and not scientific excellence, [is] first priority," says Schatz. "One must chase down participants from weaker countries to get funded, winding up with networks that are unwieldy and too expensive. The result is that each member gets too little, so the huge amount of paperwork is not worth it."

Schatz wrote an essay on the subject in 1 (a publication of the Federation of European Biochemical Societies) last year and got a flood of E-mails confirming that this view is widely held. "I have never met a scientist who was satisfied with the way the EU funds science," he says.

For scientists doing fundamental research, the European Commission's proposal to form an independent science funding agency will be of particular interest. The idea of establishing a European Research Council (ERC) that allocates funds to researchers on the basis of peer review has gathered a strong wave of support in Europe over the past year or more. The Commission's idea is to make the ERC a reality, Fabbi says, "by launching an agency or foundation that would focus on promoting creativity in basic research, not stifling it by imposing a predetermined set of priorities, like happens now."

The Commission recognizes that the current system of predefined priorities and compulsory international consortia isn't appropriate, says Fabbi. "In basic research, it doesn't work this way," he says. "Individual research teams can come up with very good ideas, and they should be given the possibility to further develop these ideas. That's why the idea is that funding should be based on excellence, not respond to other considerations."

The Commission has been previewing its plans for some time, notably during a conference in Dublin in February this year. Tim Hunt of Cancer Research UK attended that meeting and said recently, "My impression is that the Commission is still strongly committed to setting up the ERC based on excellence, peer review, and dedication to basic science."

European Science Foundation chief executive, Bertil Andersson, an early proponent of an ERC, employs a sporting analogy to comment on the Commission's proposals. "I'm a believer that we need a 'champion's league' not only in soccer, but [also] in science, where the best researchers can compete with each other," he says. "But it has to be arranged in a way that [the scientific equivalents of] Manchester United and Real Madrid want to play in the champion's league. If they don't want to play because it's too cumbersome ... or too bureaucratic, then it's going to be a failure. So it's very important that it's done right and I think the Commission's aware of that."

Past experience leaves others agreeing with that cautious view. "I am very pleased to see that the Commission is thinking along many of the lines we suggested," says de Strooper. "However, there are a lot of political hurdles that have to be taken. For instance the European Parliament will have to be convinced about the need of serious reforms, and I am not sure that [it] will follow the Commission without massive pressure from the public opinion."

If an ERC or other mechanism is born with the same sort of bureaucracy that characterizes the Framework Programmes, "we can hardly speak about an improvement," points out de Strooper. Considering this, he says he still thinks scientists at the grassroots level need to keep communicating their problems to the Commission, loudly and clearly. "Personally I think we are not speaking loud enough at this moment, because very crucial decisions are currently being made on the future of European science," he says. "And the voice of those concerned is only very little present in the debate."

In the July issue of the , an editorial urges scientists to make their views clear to European decision-makers in any way they can.2 "The EC has begun the debate. It's now up to the stakeholders – we scientists – to develop the discussions and arguments," the editorial urges. "It doesn't matter how you do it. Just do it." 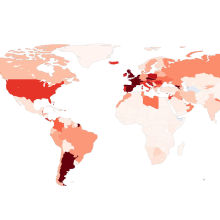