At a meeting right after Labor Day, Princeton University's molecular biology department surveyed the plans of its recently graduated seniors, and professor Shirley M. Tilghman wasn't happy with the results. Thirty-one out of 72 students awarded bachelor's degrees last June were going to medical school, eight planned to do community-service work--and only three were heading directly for Ph.D. or M.D.-Ph.D. programs.

Recalling the meeting, Tilghman notes that the cohort of doctoral wanna-bes has never topped 10 percent of graduates. But she describes this year's yield as the worst ever. "It worries me because the future of science needs these kids opting to do science," she says. "And they're not opting to."

A new 120-page report from the National Research Council (NRC) helps explain why. "Addressing the Nation's Changing Needs for Biomedical and Behavioral Scientists" (www.nap.edu/books/0309069815/html) is the 11th in a series of reports since 1975 mandated by the National Research Service Award (NRSA) Act. Rife with graphs, tables, and demographics, this "National Needs" report differs from earlier ones by examining the entire workforce in the targeted sciences, not just NRSA trainees.

Drafted by an 11-member committee drawn largely from academia, the report discusses biomedical, clinical, and behavioral research, as well as inadequate minority representation in those fields. Its starkest conclusion about biomedical science is that the number of new Ph.D.s awarded annually "is well above that needed to keep pace with growth in the U.S. economy and to replace those leaving the workforce as a result of retirement and death."

The report notes that biomedical Ph.D. production swelled over the past quarter-century as the bulk of funding shifted from training grants to research grants. It recommends that "research training and overall Ph.D. production in these fields should not be increased." No particular strategy is advocated to achieve that goal.

Why didn't the committee call for a decrease in the number of Ph.D.s awarded? Chairman Howard Hiatt, a professor of medicine at Harvard Medical School, explains that "to change suddenly the numbers of people could be very disruptive to the research that's going on at the present time"--research that he stresses is "extraordinarily effective." Insisting that "the notion of keeping things constant is, in itself, a major step," he observes that a future committee could assess the outcome of a no-growth strategy and, if warranted, propose a decline in Ph.D. production as a further step.

As another observer points out, NRC reports are political documents whose messages are carefully calibrated to be taken seriously. If the committee had advocated a cutback, this observer continues, "All hell would have broken loose," even though the proposal may have lacked any practical means of enforcement.

The findings and advice presented in the National Needs report should induce a sense of déjà vu. Two years ago, an NRC-sponsored committee chaired by Tilghman also depicted a Ph.D. glut in the life sciences and called for restrained growth of the graduate student population.1 And in 1995, a paper by William F. Massy, now professor emeritus of business administration and education at Stanford University, and Charles A. Goldman, a senior economist at RAND in Santa Monica, Calif., shoehorned science training into a theoretical framework consistent with the new report.2

Massy and Goldman argued that doctoral enrollment was driven more by the need for research and teaching assistants than by the labor market. The resulting Ph.D. glut, they explained, had led to chronic underemployment and deteriorating career attractiveness, particularly to American students. Though the paper encountered some hostility at first, Goldman points to "an accumulation of corroborating evidence and perspectives in the last five years."

Although these reports and papers may seem ineffectual--as well as obvious--to many biomedical trainees, their authors do perceive the work as having an impact. "I think there's a lot of interest in and concern about these issues" at the National Institutes of Health, says Michael S. Teitelbaum, a demographer at the Alfred P. Sloan Foundation in New York and a member of the panel that drafted the National Needs report. Tilghman notes that unpublicized proposals "are wending their way slowly through the NIH machinery."

Both the 1998 and the new NRC reports mention gradual increases in the duration of graduate and postdoctoral training. Tilghman points to a recent initiative to treat this "symptom of a system that is broken": In 1998, Cold Spring Harbor Laboratory established a small graduate program that expects its students to earn Ph.D.s in four and a half years. If the program succeeds, she hopes it will force other elite programs that compete for the same pool of applicants to speed up training as well.

According to Goldman, the NRC studies and his and Massy's paper have had two other notable effects: Graduate departments are increasingly exposing students to teaching skills, which are in greater demand than research skills. Departments are also much more conscious that "large numbers of their students will not be going into academic careers."

In the last few years, that realization has apparently taken hold among students and postdocs. "Now I go to Career Day meetings at universities, and people are admitting that they got into their Ph.D. program in order to get a job in industry," says David G. Jensen, managing director of Search Masters International, a Sedona, Ariz., recruitment firm for the biotech and pharmaceutical industries. Stephen Rosen, chairman of Celia Paul Associates in New York, notes that most scientists who consult him about career transitions "are trying to move out of the academic environment into an industrial environment," even if that means changing fields.

The National Needs report asserts that growth in industrial employment slowed in the mid-1990s, with the percentage of biomedical scientists working in industry slightly lower in 1997 (23.9) than in 1993 (25.1). But for now, Jensen sees a swelling demand from companies, which keeps recruiters "very, very busy." He acknowledges, however, that the job market still isn't hot enough to absorb all Ph.D. recipients, except for those in a handful of specialties.

The National Needs report documents a drop in the fraction of new Ph.D. recipients planning postdoctoral study, from 73 percent in 1996 to 65.1 percent in 1997, the lowest such figure since 1977. But it's too early to tell if this downturn signals a trend or is merely a historical blip. The preliminary figure for 1998, according to NRC project officer James A. Voytuk, is 67 percent.

"Our initial reaction was that the figure for 1997 was a reflection of improvements in the economy," says Jennifer Sutton, NRC study director for the National Needs report who has since moved to the National Cancer Institute. Instead of planning to do a postdoc, "[Graduates] were more likely to find other types of more permanent or more attractive jobs." Graduates were never interviewed, however; they merely indicated (on a survey form) their plans rather than their subsequent actions, and Teitelbaum describes the numbers as "really hard to interpret."

For Ph.D. recipients who carry through on their intentions to become postdocs, the report suggests their plight better than it does their options. It briefly mentions a 1998 paper by Elizabeth Marincola, executive director of the American Society for Cell Biology, and Frank Solomon, a biology professor at Massachusetts Institute of Technology, that advised "the creation of respectable, reasonably paid professional scientist positions, to be held by fully trained researchers who neither write grants nor train others."3

"People genuinely want to do labwork at the bench as their career," Marincola remarks now. "But we've not yet made a place for them." While acknowledging that a few such positions already exist, she adds, "The vast majority lack the stability that we would like to see them have. And I think it's a critical mass issue, because unless jobs are available on a fairly wide scale, then they stand a good chance of being marginalized."

A case to consider are the hundreds of nonpostdoc, non-tenure-track staff scientists employed by NIH's intramural program. Generally appointed five years or more after they have received their doctorates, they lack independent resources and are supervised (usually one per lab) by senior investigators. Their appointments can last as long as five years, and annual salaries start at about $55,000. Noting that many staff scientists' appointments have been renewed, Michael M. Gottesman, deputy director for intramural research, asserts that he "can state unequivocally that this new professional designation has been a big success at the NIH" since it was introduced six years ago.

According to Hiatt, NRC plans to send the National Needs report to the NIH director, who will forward it to the Secretary of Health and Human Services. Hiatt is set to discuss the report with the director of the National Institute of General Medical Sciences. An NIH spokesman says the report will be sent to congressmen who request it.

NRC issued the report six years after the last National Needs report and almost two years late. More frequent publication, however, may be in the offing. NIH research training officer Walter T. Schaffer says that the National Academy of Sciences (of which NRC is an operating agency) has proposed providing interim reports to NIH. These would appear every two years following release of the demographic data on which the National Needs reports are based.

Marincola and Solomon, meanwhile, are wrapping up a second phase of their work, in which they're collaborating with Richard B. Freeman and Eric R. Weinstein of Harvard and the National Bureau of Economic Research, a think tank in Cambridge, Mass. (Freeman was also on the committee that drafted the new National Needs report.) Focusing on 25 prominent cell and molecular biology labs in the United States, the group is asking all the principal investigators and many of the postdocs and graduate students detailed questions about their productivity and career choices. The study, which the group hopes to publish by year's end, examines subjective judgments of productivity rather than objective measures such as numbers of papers published.

Goldman says he and RAND colleague Valerie Williams may do a study pursuing topics in the National Needs report in greater depth. One idea meriting further analysis, he adds, is "increasing the [NIH] stipend in good times so that when funding is increasing, the number of positions that are created does not expand as fast as the funding. Then when funding is leaner, keeping the rate of stipend growth low so that the number of positions can be preserved until the next funding increase."

In a similar vein, the National Needs report recommends regular cost-of-living increases in stipends and other forms of trainee compensation. It advocates that such increases "be incorporated into budget planning, so that stipends are not again allowed to decline in real value." Recalls committee chairman Hiatt: "We urged these changes because they seemed so obvious."

2. W.F. Massy, C.A. Goldman, "The production and utilization of science and engineering doctorates in the United States," Stanford Institute for Higher Education Research Discussion Paper, 1995. This paper is soon due to come out as a book, The Ph.D. Factory (Bolton, Mass., Anker Publishing Co., 2000).

3. E. Marincola, F. Solomon, "The career structure in biomedical research: implications for training and trainees," Molecular Biology of the Cell, 9:3003-6, 1998. 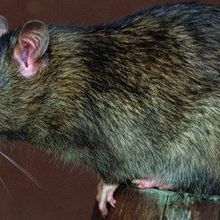