At the Salk Institute for Biological Studies in San Diego, Fred Gage and colleagues examine how a generic embryonic stem cell evolves into a highly specialized brain cell. Their hope is that understanding stem-cell evolution will reveal what keeps cells healthy and lead to new therapies. But federal restrictions on human embryonic stem-cell research are discouraging Gage and others. "I would say that I'm limiting my effort in this field," he says. "It's been time consuming. Resources are taken away from other things." Human embryonic studies can be conducted only with private money, creating burdens such as fundraising and setting up a separate lab with new staff, equipment, and supplies.

President George W. Bush's 2001 limitation on federal funding for embryonic stem cell research1 is one of a number of policies that have brought him into conflict with scientists. Critics claim that the collective impact will cost the United...

Complaints against the administration stem from its:

• Suppressing an Environmental Protection Agency (EPA) study that found that a Senate bill would do more than a White House-sponsored bill to reduce mercury contamination in fish.

• Demanding that EPA remove a section of a report on climate change. This came about after administration officials suggested adjustments to emphasize the scientific uncertainties, a move that agency scientists resisted.2

• Posting information on government Web sites despite objections from the Centers for Disease Control and Prevention (CDC) staff. For example, according to former Deputy Assistant Secretary of Health and Human Services Patrick Fagan, the National Cancer Institute posted on its Web site that there is a link between abortion and breast cancer. The information was later removed.

• Placing controversial people in scientific positions. For example, the president recommended that the Food and Drug Administration's Reproductive Health Advisory Committee be chaired by obstetrician-gynecologist W. David Hager, who has written that scripture readings can ease premenstrual syndrome. Hager did not become chair, but he was appointed to the panel.

• Stacking scientific advisory panels by eliminating people who supported Bush's 2000 election rivals (according to testimony taken during a hearing held by Democrats on the House Science Committee), or picking others who lacked scientific credentials, but who supported the president's views.

In February, the Union of Concerned Scientists (UCS) – a group best known for its stands on environmental preservation and nuclear disarmament – published "Scientific Integrity in Policymaking."3 This report examined instances in which scientists claimed that the White House ignored, suppressed, censored, or distorted either the conclusions of federal scientists or views that represented a consensus in the scientific community.

While many in the research community are uncomfortable with how the government uses science, "There's no doubt that every administration has the right to inject their view of the world into public policy," says Paul Berg, a Nobel Laureate and Stanford University professor of biochemistry. "But if the balance is tipped so there is very little exchange or openness, then society has a right to be suspicious and upset."

With respect to the climate change issue, George Woodwell, director of the Woods Hole Research Center, claims that the Bush administration "does not want to hear from the scientists within the government that there is a serious problem." And the reason for that, he asserts, is "the administration wishes to perpetuate the fossil-fuel era." He continues: "This means money for people who have heavy investments in the fossil-fuel business. Those investments pervade virtually everything."

The Bush administration sees it differently. White House chief science advisor John Marburger III, himself a scientist, told reporters in May that such complaints often reflect "a basic disagreement about what you should do," rather than an intent to manipulate scientific facts. "A lot of these areas are controversial areas," says Marburger, who in early April released a point-by-point response4 dismissing the UCS' complaints. "The president really likes to know exactly what science is saying."

However, critics claim that the administration distorts scientific findings so that the White House can draw public-policy conclusions in line with conservative voters; hence the position on emphasizing sexual abstinence, resistance to abortion, and opposition to embryonic stem-cell research. For example, the UCS report said that at the urging of Bush staff, the CDC changed information on its Web site that said condoms were 80%–90% effective in preventing the spread of HIV/AIDS. The new information emphasizes abstinence.

Judy Auerrbach, a vice president at the American Foundation for AIDS Research, said the 80%–90% figure came from the Cochrane Collaboration's database of systematic review. The well-respected organization pools research on scientific issues and publishes consensus opinions. "If a credible scientific group concludes that condoms are 85% effective," says Auerrbach, "then the public health [consensus] is that condoms are 85% effective." She adds, "The White House and abstinence supporters exaggerated the 15% [failure rate], and said it's dangerous to tell people to use condoms." Marburger, in response, says it is common for federal agencies to periodically evaluate and revise fact sheets on their Web sites.

In February, the White House abruptly dismissed Elizabeth Blackburn and William May from the President's Council on Bioethics, which advises on stem-cell research. Both disagreed with the president's 2001 prohibition on federally funded research that uses human embryonic stem cells. Critics claim that the council replacements were people who tend to support the prohibition. However, according to Peter Lawler, chairman of Berry College's department of government and international studies and a replacement for one of the open council positions, committee chairman Leon Kass never asked him about his views on stem-cell research.

Blackburn, a biochemist at University of California, San Francisco, said she fruitlessly urged Kass to balance reports with opinions from the nation's leading experts in stem-cell research. "I think [Kass] wanted certain arguments to be made in the report, and the [scientific] facts were inconvenient for that argument, but you have to get the science right," she says.

The recent death of former president Ronald Reagan, who had Alzheimer disease, has pushed the issue of stem-cell prohibitions to the fore. Former first lady Nancy Reagan advocates fewer restrictions on stem-cell research, as has a large group of senators that includes notable conservatives such as Orrin Hatch (R-Utah). So far, though, efforts to loosen restrictions on stem-cell research have met with failure.

There is little sign of détente breaking out. In April, a report from the General Accounting Office (GAO) concluded that the federal government could give better direction to federal agencies on creating panels that would be "perceived as balanced."5 Democrats demanded a congressional hearing on this report, but committee chairman Sherwood Boehlert (R-NY), refused to hold one. "What we're dealing with here is whether open, balanced, and objective scientific information is being made available to policymakers and to the public," said Representative Brian Baird (D-Wash.) who may write legislation to enact some of the GAO's suggestions. A spokesman for Boehlert, by contrast, said: "It's the position of this committee that the [Union of Concerned Scientists] report is a political document, and political rhetoric has no value to the committee, or to science."

The upshot could be damage to the US biotechnology industry and the nation's reputation and dominance in the biological sciences. reported in May that the United States is losing its dominance in crucial areas of science, citing evidence such as reversals in Americans' share of prizes and publications in major professional journals.6 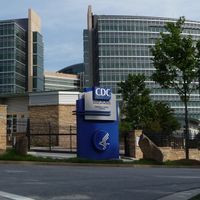 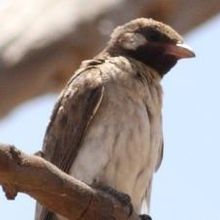 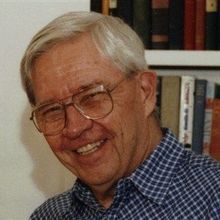