During a day of mourning marking a three-month protest by French researchers, a brass band played a requiem as a living effigy of Louis Pasteur emerged from a Paris Metro station to mourn the "death" of French science reportedly brought about by government budget cuts and belt-tightening. This ghost of Pasteur declared himself revolted by the fate of the nation's young researchers: "They will discover the drugs and vaccines of tomorrow, but they are thrown away like vermin," he cried. "Your leaders understand nothing!"1

The leaders may still not completely understand French scientists' concerns, but they have certainly heard them. Three months of protests and widespread resignations have helped President Jacques Chirac's party to lose regional government seats, forced Chirac to reshuffle his cabinet, and prompted a slate of promises and concessions. But neither the government nor the protesters say the concessions will end...

After his party plummeted in regional elections, Chirac's prime minister, Jean-Pierre Raffarin, appointed a new minister of national and higher education and research, François Fillon. He promised to restore 550 permanent posts in public research institutes that had been lost to budget tightening in 2003. Last fall, as a part of its budget actions, the government had announced plans to make these posts temporary, and the new minister has promised to make them permanent as well as retain 550 temporary positions. In addition, 1,000 new posts are to be created in universities, for professors who are also involved in research – for a total of 2000 jobs.

"It is essential, in my view, that the crisis that [research] has known for the past few months come to an end," Fillon said during a press conference April 7.2 "The government has decided to make an exceptional and immediate effort in favor of scientific employment and to the benefit of public research."

In repairing researchers' injured trust, the French government faces two competing European Union guidelines: To boost its research and development expenditure to 3% of GDP (it was at 2.2% in 2001, according to the Organization for Economic Cooperation and Development), while, at the same time, reducing its budget deficit. To help trim the deficit, in 2002, the government withdrew €300 million it had promised to invest in the public research institutes. Nevertheless the deficit climbed from 3.2% in 2002 to 4.1% in 2003, according to the EU.3 The increase reflected what the EU calls France's worst economic performance since 1993, with GDP growing by only 0.2 %.

In part to meet the EU guidelines, this past fall, Chirac's government pledged to slice into the state-funded labor force, including academic research positions. With the goal of reducing its spending, the government also promised to privatize key French industries, including its power and gas companies, and restructure the state-run health-insurance program, which, Dow Jones reports, is running a €10 billion deficit.4

In reducing government research positions, the government aimed, in part, to send young scientists into the burgeoning biotechnology sector by creating a less-secure safety net in academia. The country has 270 biotech companies, placing it third in the EU, behind the United Kingdom and Germany, reported in September 2003. The planned 2004 workforce cuts helped the country squeak under the EU's deficit requirements, avoiding a potential penalty.

But a December announcement by the French National Institute for Health and Medical Research that it would further reduce the number of new permanent research positions from 69 in 2003 to 30 in 2004 ignited the first round of protests among young scientists, which mushroomed into the Let's Save Research movement. The movement joined both private-sector scientists, including managers of France's burgeoning biotechnology industry, with academic researchers. Despite attempts by former Research and New Technologies Minister, Claudie Haigneré, to mollify angry scientists, government-researcher relationships moved from tetchy to more tetchy.

In January, Let's Save Research launched a petition campaign to reinstate the cut positions and reform the research infrastructure. In February, senior researchers, in solidarity with their young colleagues, threatened to resign from their administrative positions. "The contrast between what the government says and the reality of laboratory work conditions has become intolerable," Kahn said in February. "If it came to handing in my resignation, it would be because I felt that I was headed toward a doomed future."

In response to veteran academics like Kahn, Haigneré offered to reinstate 120 of the 550 positions, and restore the €300 million one government had cut from the 2002 research budget. But researchers met the offer with anger, not empathy. In March, 3,500 senior researchers refused to perform their administrative duties. As the academics expressed their dissatisfaction, France's powerful trade union leaders balked at other planned cuts in government-funded services, which could threaten jobs. Trade union members joined with the academics, and the Let's Save Research protests changed focus from research-sector development to academic job creation. At the same time, the researchers, who had collected 74,000 signatures on their petition for more funding, expanded their campaign to the public, and 240,000, about 0.5% of all French citizens over nineteen, signed it.

The petition campaign coincided with regional elections, where the public expressed its further frustration with Chirac's government by unseating his conservative party in 20 of 22 regions. Raffarin immediately stepped down, but Chirac reappointed him, and ordered him to restructure the government. Raffarin appointed Fillon and replaced Haigneré with François d'Aubert, who had been Deputy Minister for Research from 1995 to 1998. During a televised speech on April 1, President Jacques Chirac on April said he thought the dissatisfaction of researchers was "justified," and on April 5, Raffarin told the National Assembly that he would work to build the research sector. "I want a rapid solution to be found for the immediate problem of research jobs," he told the French public. Fillon answered that demand by restoring jobs and money.

The enthusiasm that followed Fillon's announcement was soon tempered by concern about the future. Postings made by scientists on the Let's Save Research Web site share an element of caution. Many advise against considering the crisis over. "The urgent measures, to be enforced before any debate could take place, have been obtained," one wrote on the Web site, "but our vigilance must be extreme throughout the rest of the movement."

Some researchers emphasize the message that united private-sector and academic researchers in protest: That private and public research can be mutually beneficial. "There needs to be a symbiotic relationship between researchers in public and industrial research," Eric Vivier, deputy director of the CNRS-INSERM Center of Immunology in Marseilles said in February. "If we invest in one without investing in the other, there will be neither one nor the other."

Trautmann says he would like to maintain the stability of permanent positions, which allow researchers greater freedom to investigate nonconformist ideas, while introducing more flexibility through other means. Others would be happy to see a system of fixed-term contracts take over, so long as they are financially competitive and extend long enough to allow the researcher to carry out a full project. (So far, the government has given few details regarding the proposed fixed-term contracts.)

But the rest will not happen at the wave of a wand. First in line among future goals is to complete the national consultation on the future of research, already underway. Planning the research budget for 2005 is also at the top of the list of priorities. As every year in France, discussions will take place over the summer and a proposal will be issued in September.

In response to worries that the government may try to hurry the national consultation and weaken its impact, Khan said: "It is absolutely certain that it [the government] can no longer do this without putting itself at risk, in the same way it thought it could a few months ago."

Kahn suggests that one of the greatest achievements of the Let's Save Research movement has been to show that French research has the stamina to stand up and fight for itself. "The shifting of national politics on research made it to the forefront of media coverage," Khan said. "This has never before happened in France."

Catherine Brahic is a freelance writer in London. 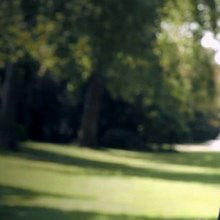