The UK government is studying a proposal from its own Health Protection Agency, supported by prominent members of Parliament, to invest at least $50 million (US) in a national vaccine center capable of rapid response to large-scale bioterrorism attacks and unexpected epidemics of viral or bacterial diseases.

According to Ian Gibson, head of the House of Commons Select Committee on Science and Technology, it is now nearly certain that the government will fund a massive expansion of its current vaccine manufacturing capability run by the HPA's Centre for Applied Microbiology and Research (CAMR) at Porton Down near Salisbury. "We need a proper center where we can develop vaccines very rapidly," Gibson says. "It should be a government-financed initiative, which can have some support from the private sector but shouldn't be left to the pharmaceutical industry to run."

The growing threat of bioterrorism in the wake of the Sept. 11, 2001, terrorist attacks provided the initial impetus for the HPA's proposal, but the wider objective of obtaining some independence from the private sector soon emerged. No major vaccine manufacturing capability exists within the United Kingdom, either privately or publicly funded, which adds weight to the argument. The world's third largest vaccine manufacturer, GlaxoSmithKline, has a large UK presence but has its principle vaccine manufacturing center in Belgium.

Discussions between the HPA and UK government are currently underway, with a final decision not likely until the turn of the year, according to a spokesman for the Department of Health. There is already evidence of a swing towards greater public sector involvement in vaccine manufacture; in September 2003 a licensing deal between the HPA and VaxGen for anthrax vaccine was announced. This would give HPA the right to manufacture the vaccine in the United Kingdom and even export it to overseas markets.

The HPA's national vaccine proposal goes beyond the US scheme run by the National Institutes of Health, which still relies largely on the private sector to produce and stockpile vaccines, even for potential bioterrorism threats. For example, the NIH awarded a contract to develop a new anthrax vaccine to VaxGen in October 2003, including a feasibility study to create a stockpile of 25 million doses.

"The case we've submitted [to Parliament] is to have a facility covering a wide range of viral and bacterial vaccines," says HPA spokesman Phil Luton, "and to have it as a rapid production center so that we can gear up at short notice after a [new pathogen emerges]. Our submission involves investment of tens of million pounds, and staffing of several dozen people." But precise details remain confidential.

Some negotiation clearly will be needed to reconcile the HPA's proposal with the government's previously stated position, as defined early in the summer by the then undersecretary of state for health, Yvette Cooper. "It is rarely likely to be sensible or economic for the government to manufacture the vaccines we might need for a population of 50 million," said Cooper in the House of Commons. Cooper added that partnering with vaccine manufacturers, as the government had for production of meningococcal C conjugate vaccine, was the government's preferred route.

According to Gibson, though, the government has become increasingly aware of a wider financial need to forge some independence from pharmaceutical companies. The government has, in some cases, been held for ransom over vital drugs made by only one large pharmaceutical. In 1998 for example, Regent-GM Laboratories in London had its manufacturing license revoked amid charges that it exploited its large share of the market for certain generic drugs. The government then accused the pharmaceutical industry of restricting availability of some drugs in order to push up the price. A national center would give the government a stronger negotiating position, along with the option to license technology as in the VaxGen case. "If run properly by a strong management team with a big name, it could have a huge influence," Gibson says.

Despite the UK government's goal to gain at least some state control over vaccine pricing and availability, pharmaceutical companies are watching developments with interest, with a view to forging partnerships with the HPA for some key vaccines. "We're always looking for new synergies and partnerships, but we haven't been approached yet by the UK government," says a GSK spokesman, who like others, would not comment directly on the CAMR plan. Such a partnership could involve GSK investing in UK vaccine development or in a manufacturing facility.

Philip Hunter (phunter@philiphunter.com) is a freelance writer in London. 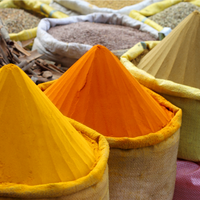