Tom Griffiths fell for his wife, Margaret, while watching rats running on a treadmill. It happened 13 years ago in a lab at the University of Illinois at Urbana. Margaret was a doctoral candidate in exercise physiology, studying the effects of diet and exercise on the livers of rats.

Griffiths was a biology professor at the university. Introduced by a mutual friend, they started dating, and Margaret asked Griffiths to help in the lab with her experiment. In that romantic setting, surrounded by aerobically fit rats and (perhaps less fit) postdocs, Cupid let loose his arrow. "A technician said, 'This is the first and only time in my memory that we had a full professor doing work in the laboratory,'" relates Griffiths, 52, now a professor of biology and acting dean of faculty at Illinois Wesleyan University (IWU), Bloomington.

Margaret Griffiths moved to IWU with her husband and has left the field of human (and rat) nutrition to become an expert in bat nutrition, which, not too coincidently, is a field she shares with her husband, a bat zoologist. The campus includes six couples who found their mates in the lab. Elizabeth (Susie) Balser and Will Jaeckle, both marine biologists at IWU, met at the Smithsonian Marine Research Station in Florida. They spent their first date sharing a flashlight in the murky waters of a harbor jetty, searching for a male sea cucumber to service Susie's lab colony of female sea cucumbers.

HEAVENLY PROXIMITY Love is no more a stranger to the lab than it is to sea cucumber colonies. While no hard and fast numbers exist, anecdotal evidence suggests that the research bench can be for life scientists what the singles bar is for the nonscientist. "You can't really help it where you fall in love," says Shannon Piela, a human resource consultant and president and CEO of HR Backbone in Glenmoore, Pa. "You just fall in love."

At its optimum, love between scientists can be like having a best friend and greatest colleague all rolled into one person. That person becomes a built-in support system who understands the frustration of having a grant proposal rejected or the elation of a promising find. "You always have someone you can talk to about your work and who is interested in your work," Balser says. "You can bounce ideas off someone."

Grand as love may be, it doesn't always translate to happily ever after. A split can spell disaster for one or both of the bench beaus, not to mention the other scientists in the lab, and the university or company. A caring, seemingly consensual relationship could end up prompting a sexual harassment lawsuit. "It doesn't matter that it was consensual," says Hellen Davis, an executive strategist who helps corporate executives, including those from pharmaceutical companies, handle problems that arise when love goes bad. "You are going to get sued and ruin your career."

The possibility of court proceedings is all too real if both parties are equals. But if one person supervises the lab and the other is a postdoctoral fellow, even a consensual relationship is risky. "It is dangerous when the relationship is supervisor and subordinate," says Jonathan Segal, whose practice at Wolf Block in Philadelphia helps employers develop policies and systems to avoid litigation. "There are so many different ways it can go wrong. And if it does go wrong, everyone can pay the price."

Traditionally, workers were expected to keep a firewall between their profession and their passion. Indeed, most companies, including universities, had guidelines discouraging any fraternization with colleagues. But like the Berlin Wall, the work-love firewall came tumbling down in the 1980s, crumbling when women entered the science workforce and changed the lab personnel dynamic. "That was a critical turning point in dating in the workplace," Davis says. Now companies can't legally stop people from dating, yet they can be sued if anyone objects.

By 1995, the dating issue had become so prevalent on campuses that the American Association of University Professors (AAUP) adopted a statement on "Consensual Relations Between Faculty and Students." In part, the statement warns that relationships between students and faculty are "fraught with the potential for exploitation," says John Curtis, PhD, director of research for AAUP. "Even when both parties initially have consented, the development of a sexual relationship renders both the faculty member and the institution vulnerable to possible later allegations of sexual harassment," the statement reads.

Even though Griffiths was a professor and Margaret was a grad student, a "power differential" didn't exist, he says, because they worked in different departments. The two remained on parallel tracks at IWU until recently when Tom Griffiths was named acting dean of the faculty. "I have to be very careful, because I am dean of the entire campus," he says. "She could be viewed as having some special privilege working in the lab." Special provisions provide for someone other than Tom Griffiths to do Margaret's evaluations.

Balser says that she and Jaeckle dated as colleagues, not supervisor and subordinate. "We both feel very strongly about that," she explains, "It is inappropriate to get involved with your supervisor." Tom Griffiths knows that faculty/student romances exist; he just hasn't had to intervene in any. Should a problem arise, the university has sexual harassment policies in place. "We're not actually thrilled to have professors and students having relationships," he says.

DANGEROUS DESIRE The power/powerless relationship poses the greatest risk of a lawsuit, but a soured relationship between two peers has its own perils. "Even peers need to understand that no means no," Segal says. "If they ask someone out and it falls apart, they can't put pressure on them or make it a hostile work environment."

Life science labs are small universes unto themselves. People go to the same meetings, and when passion among the pipettes goes bad, it doesn't take long for people to find out. "Someone says, 'I worked with Judy and she had an in-house affair and it really upset the team,'" Davis says. "Guess what? Judy is not getting the job."

Despite the pitfalls, lab romances happen everyday. Saying no to love, Balser says, isn't realistic. She advises that couples should talk about the consequences. "Before becoming involved ... have a conversation about 'what if'," she says. "If you have that conversation, it often eliminates problems down the line."

Davis recommends a deadline to see if the relationship works. "You say, we will date for three months to see if this has potential," she says. "If it works out, one of you agrees to leave the lab and go work somewhere else." If the couple works for a large university or company, it may be possible for one to transfer to another department and job. If it doesn't work out and causes a problem for the lab, the employer has to move someone. That's why it's important to talk about consequences before ruffling the sheets. Davis suggests that couples pledge to not destroy the other person's reputation or career if things don't work out. "If you have that conversation up front, people tend to agree to it because they've made a promise," she says.

In the lab, keep the relationship strictly professional. Don't touch each other, Davis says, because no matter how slightly your hands brush, people will notice. Don't send E-mails or leave phone messages. "And you never speak a word to anyone," she says. "You make a pact to tell no one, ever, no matter what."

In most cases, the university or company management won't get involved until something happens that affects either production or lab morale. "What if you have a spat and you're not talking?" Davis says. "Do you think that is fair to your coworkers? Your coworkers should not have to walk on egg shells because you brought your personal relationship into the workplace."

Bob Calandra (rotoca@aol.com) is a freelance writer in Philadelphia. 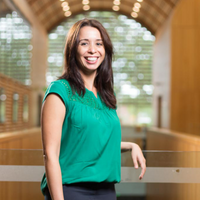