Darlene Gabeau, the daughter of Haitian immigrants, grew up in New York City's Amsterdam Housing Projects. Her father completed the equivalent of a high school education, and her mother's schooling ended with the seventh grade. Gabeau's prospects would appear dim; nonetheless, she is now completing her seventh year in the elite Yale University MD-PhD program, where she studies cell structure of olfactory neurons. The Journal of Behavioral Neuroscience published her college paper on sex differences in the spatial memory in rats.

The MD-to-be owes her success to her own scholarship, but a small program called Gateway helped inspire and nurture her. Created in 1986 to boost the skills of students attending the City University of New York, the program engages junior high and high school students in hands-on research and science experiments. "In my old school they underestimated us," relates Gabeau. "But Gateway always challenged us. They never believed that we couldn't do the work they were giving us."

Gabeau's success and the Gateway program stand out among minority-science initiatives that experts consider poorly evaluated-and possibly ineffective. In 2000, the National Academy of Science's Committee on National Needs for Biomedical and Behavioral Research Personnel assessed National Institutes of Health's programs designed to enhance the training and retention of minorities. The committee found that the programs failed to provide evidence of success. "None of the many initiatives undertaken by the [NIH and the Department of Health and Human Services] to date—either within or outside the National Research Service Award program—appear to have had a major impact on the diversity of the health research workforce,"1 the committee report says. Howard Hiatt, committee chairman and professor of medicine at Harvard University, mourns the lackluster outcomes of these programs: "The NIH has spent considerable money to address the problem, but appears to have little evidence the expenditures have made a difference."

The number of PhDs awarded to minorities in science and engineering has only slightly increased since 1997, according to the most recent unpublished data by the National Science Foundation. African Americans, American Indians, Alaskan natives, and Hispanics comprised 25% of the population in 2000, the latest year for which data has been collected. Nevertheless, only 8.9% of 17,064 science and engineering doctorates went to people in those groups, up from 7.4% in 1997, according to Joan Burrelli, senior analyst, NSF human resources statistics program.2

The largest funder of such programs, the NIH, can't adequately assess its own performance in boosting minority scholarship, since it lacks complete statistics on the race and ethnicity of NIH scientists. "We need basic research in this area," says Clifton Poodry, director of the National Institute of General Medical Sciences' Division of Minority Opportunities in Research. "We want to address these questions so programs will be informed by real data." Poodry cautions against expecting too much from initiatives designed to boost minority advancement in the absence of national social change. "One little program or even a dozen programs won't have a major impact," he says. Interventions should be evaluated to ensure they offer "added value" by increasing the numbers of minority students and scientists. Some simply "cherry pick" by attracting the most motivated students, he observes.

Programs should encourage young children to view science as a potential career, asserts Lydia Villa-Komaroff, a molecular biologist and vice president for research at Northwestern University. Even toddlers observe people and make practical decisions about their own capabilities, she says, and unless children see a diversity of role models early on, they may learn that certain jobs are off limits.

Elizabeth Rasekoala, founder of Britain's African Caribbean Representation in Science and Technology, also urges scientists to create new role models. When Rasekoala moved from Nigeria to Manchester in 1984, she noticed no British-born black students in her chemical engineering course. Black students start out on par with white children in British schools, she says, but their performances drop as they advance. Rasekoala blames the poor performances on UK schools and the media as well as parents' own experiences with science. Teachers set the stage with low expectations, and the media presents false images, she says. "We have a television program like your ER in the United States," Rasekoala observes. "Here, it's called Casualty and for the 10 years it's been on, there hasn't been one single black doctor."

The media can have a powerfully positive impact, however, Rasekoala observes. The Mission Impossible character played by African American actor Gregory Morris inspired Rasekoala as a youngster. "He could solve any technological glitch on the spot," she says. "In 1996, they replayed Mission Impossible on British television, so I made my children, who were 11 and 13 at the time, watch it. I sat there and cried when I saw that it was just as groundbreaking for them in 1996 as it was for me in the 1970s."

Minorities in the Sciences 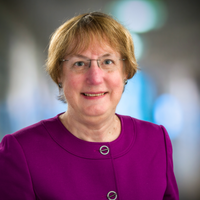