Adecade-long war over genetically modified mice still rages. In 1994, Klaus Rajewsky's laboratory at the University of Cologne in Germany created the first transgenic conditional knockout mouse.1 With this mouse, researchers could turn on a genetic mutation at a specific period of development in a specific type of cell. Rajewsky assumed that his mouse would soon be used in labs throughout the world. Simply pleased with his research success, he never considered applying for a patent on a mouse. "It was a European university, and we didn't work that way," he says. Nonetheless, Rajewsky soon found that DuPont of Wilmington, Del., worked just that way.

Rajewsky's mouse did not show up in labs as quickly as he expected. In fact, Rajewsky found himself filling out a DuPont Material Transfer Agreement form every time a colleague requested one of his mice. The form made Rajewsky promise to not share the...

DuPont won't reveal how much it charges or the revenues from the licensing agreements, but it's clear that the OncoMouse patents are some of the most valuable pieces of intellectual property ever created. "We know we have a very important property, and it's in our best interests to get it as widely used as possible," says Chip Murray, head of intellectual assets for DuPont and supervisor of the OncoMouse patents.

That certainly isn't how things worked in the early days of DuPont's stewardship of the OncoMouse patents. It required a massive amount of forms from researchers in academia, most of whom had never considered lab mice to be anybody's intellectual property. Indeed, the OncoMouse patent was the first patent to be issued on any mammal. Although nonprofit researchers were technically allowed to use the mice without paying royalties, DuPont required them to keep immaculate records of how the mice were used and to ensure that the mice were never shared with anyone who might profit from them. As a result, intimidated academics more often than not chose not to use the mice.

In the private pharmaceutical research field, DuPont found few takers for the licensing agreements, where demands often included downstream royalty payments for future drugs, even when the transgenic mice played a very small role in creating the drug. "It is still the case that companies are hesitant to import genetically engineered strains for internal research and drug testing or to work with academics for this purpose, because they do not wish to pay the very high licensing fees that DuPont demands for both types of activity," says Tyler Jacks, the director of Massachusetts Institute of Technology's Center for Cancer Research. "In my view, this continues to slow the progress of cancer science and to slow the development of potential anticancer agents."

Others say that things have gotten better, especially since DuPont agreed to the National Institutes of Health's request in 1999 to streamline the process for nonprofit researchers using mice covered by the OncoMouse patents. "I've noticed a detectable change in how DuPont has approached the research community since the NIH agreement," says Pierre Chambon, one of the world's most storied mouse researchers and founder of the Institut de Genetique et de Biologie Moleculaire et Cellulaire in Strasbourg, France.

Murray concurs. "The process is more streamlined and straightforward," he says. "In many ways it's easier and more predictable." But, he says, there hasn't been a strategic shift on DuPont's part. "We are still trying to make the most return on our original investments in the OncoMouse portfolio," he says. "Our strategy hasn't changed."

In addition, Murray says that several dozen (he won't reveal the specific number) private companies signed license agreements with DuPont, including what he calls six of the top 10 pharmaceutical companies. He adds that many other prominent biotechnology and pharmaceutical companies are in negotiations with DuPont to use the OncoMouse. Nonetheless, all of the private companies contacted for this story refused to comment publicly about relationships with DuPont, citing either ongoing negotiations or confidentiality agreements.

Some battles over licensing are much more public. The University of California recently challenged DuPont's attempts to get the university to sign an institutional agreement separate from the NIH agreement. The university claimed that, as a recipient of NIH extramural funds, it was already covered and could use the same forms and procedures as NIH intramural scientists. The case never made it to court; instead, the NIH itself arbitrated it with DuPont's permission. In October 2003, the NIH, agreeing completely with the University of California, negated the need for a separate agreement with DuPont. Other universities are expected to follow UC's lead and assume the NIH agreement as their own.3

Elsewhere in the world, the European Patent Office backed an appeal from six organizations across Europe complaining that the patent covered too broad a variety of animals. Under new restrictions, placed earlier this month, the OncoMouse patent only applies to mice.

Some scientists expect continued skirmishes over the Onco-Mouse. Like Jacks, Doug Hanahan, professor of biochemistry at UC-San Francisco, says that the patents hinder the overall war on cancer. Academia and industry seem to be settling into their own separate peace agreements with DuPont, but the patents trigger enormous harm between the two. "Dupont's attitude remains a huge obstacle, impeding scientific collaborations between academia and industry," says Hanahan, especially in areas where such collaborations could lead to new therapies "that might eventually have a huge impact on the treatment of human cancer." 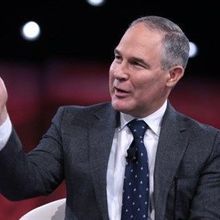