Only in academia does it take a committee and several months to a year or more to hire someone. In industry, most often a supervisor can hire an employee. But searches for new faculty are complicated.

The mechanics of a search are fairly simple; it's the nuances at each step that challenge participants. First a position opens up, then the department chairperson or dean decides on the disciplinary background of the position and the level: assistant, associate, or full professor. Usually a chairperson appoints a search committee of three or more faculty members who make sure ads get placed in prominent publications. Phone calls are made, and letters soliciting applications are written
to colleagues.

The committee reviews typically 200 to 500 applications and whittles the mountain of packages to a short list of three to six researchers who will be invited for a two-day round of interviews and a formal seminar. After that, the committee recommends the top candidate to the department chairperson, and the offer usually comes from the dean.

"If scientific meetings are timely, there can also be some interviewing or previewing there," says David Burgess, a professor of biology at Boston College. "That's a perfect time to hear the talks and view the posters of people who might be on a semishort list."

Committees typically assess such candidate attributes as scientific lineage--where they did their Ph.D.s and postdocs, the quality of their publications, and the strength of their letters of recommendation--as well as teaching and communication skills, says Burgess.

"Search committees, in my experience, develop a group dynamic that varies quite a bit with the constitution of the committee," says Jon Dantzig, a professor of mechanical engineering at the University of Illinois at Urbana-Champaign. "I think we do a pretty good job of dealing with the real issues as opposed to the politics of who likes whom." From his experiences on several searches, Dantzig wrote a Web site handbook entitled Finding an Academic Job: The Process and the Pitfalls (quattro.me.uiuc.edu/~jon/ACAJOB/academic_job.html). He adds that the issues are less political if you're searching for a departmental faculty person than, for example, a department head, where politics is actually part of the job.

Because of the added subtleties of administrative positions, hiring department chairs, deans, and center and institute heads can require extra help. "In recent times, for some of the searches with which I've been involved, committee members haven't been able to come up with a list of people that our dean, who ultimately makes the final decision, was happy with," recalls David Goodman, a professor of pathology and laboratory medicine at the University of Pennsylvania School of Medicine. "So on a couple of occasions we have employed search firms to gather names for the committee, which has been successful."

Why is a search firm more effective than those who are intimately involved in a certain field? "The search firm is effective because [the staff] can really be more anonymous and probing with candidates," asserts Goodman. Researchers agree that a potential candidate is more likely to speak honestly with an outside, independent body such as a search firm.

Goodman doesn't think that using private companies is "a first-line approach" at many institutions, but surmises that they're used more frequently and have become more acceptable--at least in life and medical sciences--in the past 10 years.

To many researchers, the whittling process is the most onerous. But, counters John Alderete, a professor of microbiology at the University of Texas Health Science Center in San Antonio, "Narrowing isn't so hard if the chairperson has precise ideas as to what part of the program he wants to strengthen and how much he can offer in the start-up package."

To Burgess, the difficult task is to not clone himself. "I think it's a challenge to give equal weight to a candidate who went to a lesser undergraduate school, but attended a decent Ph.D. program and was very productive, and then went on to an outstanding postdoc versus someone who is less productive but has a better lineage."

To others, the bureaucracy in academic hiring that's developed in the past 20 years is bothersome, particularly dealing with affirmative action offices. It's their responsibility to review each step in the hiring process. "Affirmative action offices on a lot of campuses have done a lot of good, particularly when there might have been more overt efforts to avoid following laws against discrimination," says James Richardson, president of the Washington, D.C.-based American Association of University Professors and a professor of sociology and judicial studies at the University of Nevada at Reno. "Now a lot of people view it as a bureaucracy."

Richardson says the affirmative action process can affect a department's competitiveness: "If you're trying to hire a minority and three other places are too, getting an offer to them quickly and getting them off the job market is the best thing you can do. So sitting around waiting for the affirmative action form to come back in three to four days may actually cost you the hire you want to make."

Richardson cites another sticky area in the hiring process; he calls it the pipeline problem. "We're supposed to search out and hire people who represent our society in terms of gender and race, but they don't exist in the pipeline in the numbers that make that possible."

One effort to correct this is the six-year-old Compact for Faculty Diversity--a partnership of the Western Interstate Commission for Higher Education (WICHE), the New England Board of Higher Education, and the Southern Regional Education Board. The Compact addresses the long-standing issue of the underrepresentation of minorities in faculty positions, explains Ken Pepion, senior project director for the WICHE Doctoral Scholars Program. The Compact provides financial and mentoring assistance to help increase the number of minorities entering doctoral programs and completing degrees.

"I think it's important to understand that one of the primary motivating factors guiding the behavior of search committees is prestige," says Pepion. "They're more likely to look at institutions that are at least the equivalent to the institution in which they now work."

This is especially true in the sciences. These institutions are looking for highly specialized people, which narrows the pool even further. "If you look at the entire pipeline, it's most likely that minority students will go to community colleges, then on to four-year institutions, but not likely research institutions," says Pepion.

Dantzig's handbook covers his observations and opinions about the faculty hiring process, including words of wisdom for dealing with search committees. "The reason I wrote the handbook was because I encountered some people that I thought were pretty smart who didn't make it through the process because they just didn't understand what was expected of them," says Dantzig.

Both search-committee members and scientists who've recently completed a search stress that candidates should do their homework to learn as much as they can about the department and its faculty. Then they can have a scientific conversation with the people on their interview schedule, which includes the committee members.

"I received an itinerary of my meetings from most places ahead of time, so I could do a literature search and pull a paper from this person or that person," says JoAnn Trejo, now an assistant research professor at the Cardiovascular Research Institute at the University of California, San Francisco. Trejo, who started her search a year ago, interviewed at nine universities and was offered a job at all nine. This winter she starts as an assistant professor of pharmacology at the University of North Carolina, Chapel Hill. She adds that although daily schedules make it impossible to read many papers, "What's important is that you should be able to converse about their work. Also, they need to feel like you're communicative and open to new ideas."

Linda Castillo, an assistant professor of counseling in the department of psychology at Tarleton State University in Stephanville, Texas, who received her Ph.D. from the University of Utah and did her psychology internship at the University of Texas at Austin, concurs with Trejo. She adds that candidates should not only know about the interviewers' research, but also try to ascertain what the people of the department are like interpersonally. For example, Goodman advises candidates to carefully evaluate whom they'll be working with most closely--for example, heads of departments, centers, and programs. "Ask yourself: 'Can I trust these people?'" he suggests. "It has to be a visceral feeling."

Castillo interviewed at teaching universities, so many of the questions asked of her centered on her shift from a research to a smaller teaching university. "Have answers to questions like this prepared: 'What would you have to offer an institution like ours?'" she advises.

Trejo also mentions that another common question that came up in her search was: "What are you going to write for your first grant?' You have to have a response to that, some knowledge as to what direction you want to head in." Others also asked, 'What do you think you will be doing in five to ten years?' "It's also good to have a long-term perspective on your career," she advises. "The wrong answer is 'I don't know.'"

Above all, says Burgess, "Faculty are looking for colleagues, not only exceptional scientists. Don't come in cold and cocky."

Karen Young Kreeger (kykreeger@aol.com) is a contributing editor for The Scientist. 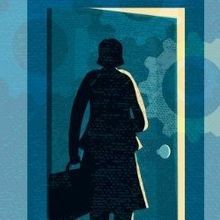