Following the exhilaration of being appointed to one's first job, reality sets in for a new assistant professor. There's a lab to equip and staff, new courses to teach, departmental politics to learn--and, of course, a research program to initiate. Universities often provide start-up funds to a certain extent, but an outside grant is usually essential to give the new scientist's research program the extra momentum it needs to get off the ground.

The search for outside funding gives young scientists intimate acquaintance with the Catch-22 of scientific funding: In order to get a grant, you need results; but to get results, you need money.

"Even if you do get a grant, it's never enough," says Ann Hochschild of Harvard Medical School, who studies the regulation of gene expression. Although Hochschild has received a grant from the National Institutes of Health, she says that most of that money is used up in paying salaries.

Hochschild, however, is one of the lucky ones. She is one of 18 biologists to be named a 1991 Searle Scholar. The 11-year-old, Chicago-based Searle Scholars Program provides three-year, $180,000 grants to assistant professors in the first or second year of their first job. Hochschild says that her Searle award, combined with her NIH grant and other funding she has received, will enable her to do experiments she might otherwise have to put off.

The program, says its director, Cedric Chernick, aims to find "the brightest young scholars, those likely to be the most innovative," to help them get established and obtain federal funding. Funds for the program come from the wills of John Searle and his wife, Frances Searle, who specified that some of the proceeds of their estates be used to support research in biology, including biological chemistry. John Searle, who was president of the pharmaceutical company G.D. Searle & Co.--now owned by the St. Louis-based Monsanto Co.--was the grandson of the founder of that company, G.D. Searle.

The Searle program's advisory committee, which reviews the applications and selects finalists, is made up of 11 senior scientists, including seven members of the National Academy of Sciences and one Nobel laureate in medicine or physiology, Harold Varmus of the University of California, San Francisco. What is the draw for prominent scientists to serve on the committee? At one of the program's annual dinners, Chernick recalls, a Searle family member asked a committee member exactly that.

Chernick says that the scientist replied, "First, I submit applications [to other programs] myself and expect them to be reviewed by knowledgeable people, so I owe a debt to science. Second, it's a great way to find out what the young turks are thinking. Third, I'm a department chair. I like to know who are the best and the brightest, in case we have an opening and have to go recruiting."

When the applications come in to the program's office, Chernick divides them among the advisory committee members. Committee members choose about 40 finalists and then meet in Chicago in March for two days to produce a rank-ordered list of the finalists. That list goes to the three children of John and Frances Searle, who are the advisers to the trustees of the Searle Family Trust. Typically, 15 to 20 scholars are chosen.

The careers of many former Searle Scholars suggest that the advisory committee has chosen well. Many scholars have gone on to receive prestigious awards, grants from NIH and the National Science Foundation, and rapid promotions.

Few promotions could be as rapid of that of Peter Schultz, a biological chemist who became a Searle Scholar in 1985 and whose research has involved protein engineering using unconventional amino acids synthesized at the lab bench. Schultz gained tenure and an associate professorship at the University of California, Berkeley, in two years and a full professorship in four years, at the age of 33.

When he started at Berkeley, Schultz recalls, he was turned down for support from NIH because his project was deemed too risky. The Searle money, combined with an NSF Presidential Young Investigator grant, enabled him to pursue his research, anyway. "It turned out that everything we proposed worked spectacularly," he says, adding that he has since been funded by NIH.

Because the advisory committee is composed primarily of scientists who work at the molecular and cellular level, relatively few organismal biologists have become Searle Scholars. One who did, Gerald Wilkinson of the department of zoology at the University of Maryland, studies the evolution of alloparental care in bats--why some bats provide care to young that are not their own. Appointed a Searle Scholar in 1988, Wilkinson says he was inspired to apply by fellow evolutionary biologist Sara Via, a former Searle Scholar who is now an associate professor at Cornell University.

Wilkinson used his Searle grant, which is unrestricted, to fund field work, pay a technician, and buy supplies for sequence analysis of mitochondrial DNA, which helped him work out the matrilineal relationships among bats.

Via says her research on the evolution of the interactions of aphids and their host plants got started with her Searle award and provided her with enough of a boost to ultimately earn her first federal grant.

Via says she especially appreciated what she calls the "personal feel" of the Searle Scholars Program, including the yearly dinner in Chicago, at which current scholars pre-sent their research. The Searle family, she says, "was interested in whether the award made a difference."

Berkeley's Schultz, reflecting on the freedom the award allowed him, says: "Given today's funding attitudes and lack of people going into science, if we want to encourage people to explore novel ideas, Searle-type programs are critical. If those kinds of programs disappear, there'll be a change in science that assistant professors are doing."

The application deadline for the 1992 Searle awards is October 4. Eligibility is restricted to biologists who began their first appointment after July 1, 1990. Details are available from program director Chernick at (312) 372-8321.

Billy Goodman is a science writer based in Brooklyn, N.Y. 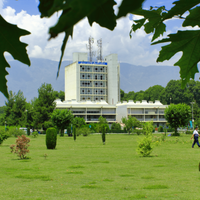 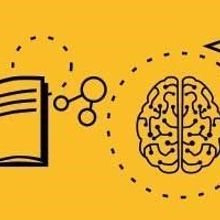