Gerald Rubin has been studying biology for 40 years, but he still can't name the parts of a flower. In the late 1960s, when a teenage Rubin attended the prestigious Boston Latin School, he says, "biology was not considered a rigorous subject worthy of being taught. And they were right. At that point, high-school biology was memorizing the parts of a flower" - a task that did not interest Rubin or his teachers.

So Rubin went to Massachusetts Institute of Technology, where he intended to major in chemistry. "But I took the introductory biology course, which was based on Watson's Molecular Biology of the Gene, and I was hooked," he says. Investigators had just cracked the genetic code, says Rubin, "so it was a very exciting time." His passion for experimental science was further stoked at Cold Spring Harbor, where he spent two...

Like most investigators, however, Rubin started small. As a graduate student at the Medical Research Council in Cambridge, England, from 1971 to 1974, Rubin sequenced a yeast RNA that's only 158 nucleotides long. "My PhD was competently done, but boring," he says. "I did a very good job and did it very quickly and I'm very proud of that work. But I wouldn't say that anyone should go and read that paper."

More important, for Rubin, was getting to experience firsthand the workings of a legendary scientific institution. "There were Sydney Brenner and Francis Crick sharing an office down the hall. Max Perutz and Fred Sanger were still working in the lab with their own hands," says Rubin. "They were all there, and all happy to sit down and talk to some first-year graduate student."

Brenner taught Rubin to "think outside the box," he says. "Sydney would find interesting areas of science that other people weren't already working in, and then do things that other people didn't yet realize were important."

FLIES, FROM SEQUENCE TO TRANSPOSONS

Rubin has tried to follow suit. As a postdoc at Stanford University, Rubin set out to investigate the organization of Drosophila chromosomes with David Hogness. When Rubin arrived in the fall of 1974, Hogness and the lab had 500 clones in hand. "My task became, 'OK, we have 500, we really need 20,000.' So I had to scale up the process," he says. "My first six months as a postdoc were spent making the first Drosophila library that was big enough to cover the whole genome." Rubin was at the right place at the right time. Stanford's Stanley Cohen and Herbert Boyer of the University of California, San Francisco, had just developed cloning techniques, and the people at those institutions had inside access to all the required reagents.

"It was great because nobody else could do these experiments. So every experiment we did was the first time anyone had done it," says Rubin, who was scanning the Drosophila genome for gene rearrangements and repetitive elements. The ability to see these things for the first time was not only exciting, but it enabled Rubin to land a faculty position at Harvard Medical School in 1977. Because he didn't care for Harvard's politics - "there was much more talk about space and money and much less talk about science" - Rubin moved to the Carnegie Institution three years later. There, Don Brown, who was head of the embryology department, told Rubin to "think about some good science to do that other people aren't doing, and don't worry about money."

"I think that's one of the hallmarks of a good scientist; someone who's willing to take risks, willing to take chances in new areas. Gerry did that several times." --Robert Tjian

That edict led Rubin to hook up with the Carnegie Institute of Washington's Allan Spradling to figure out how to use transposons to do germline gene transfer in Drosophila. "Transformation at that time was considered one of those pie-in-the-sky things," says Spradling. "It was thought of as a way to spend time and not get anywhere." So Rubin and Spradling spared their students and postdocs and decided to do the work themselves.

The experiments were technically challenging. "In those days, there were no usable genes that you could put into a transposon where you knew you had the full, functional gene," says Spradling. "And if your piece of DNA didn't include the whole gene, it wouldn't look like the transposon was working." But they muscled through, Spradling says, "and it really only took a matter of months to work things out. Then it worked beautifully."

And it was beautiful work, says UC, Berkeley's Mike Levine, Rubin's former postdoc. "It's classic stuff. It was innovative and imaginative, and they showed that these fly P elements share the same underlying mechanism as Barbara McClintock's classical transposons, for which she won the Nobel Prize." McClintock got it right, "but it was hard for a non-corn geneticist to appreciate what she had done," says colleague and collaborator Robert Tjian of UC, Berkeley. "Gerry and Allan brought it to a point where even biochemists like me could understand the molecular mechanism of transposition."

Being able to use P elements to ferry genes, says Levine, "completely revolutionized the field." In fact, so excited were the Carnegie pair about the new technology, he says, "we immediately made up all these little packs with these strains and all the material you needed to use them and just gave them out to people as they walked out the door" of the room where the researchers described their results at the annual Drosophila research conference in 1982 - six months before the results were published.

Rubin's work on P element transposition "got him elected to the National Academy of Sciences at the age of 37," notes HHMI president Tom Cech. No one appreciates this more than Rubin. "This was absolutely the most important work I've done in my career," he says. "It made me a hot ticket."

ON TO THE EYE

In 1983, the work garnered him an endowed chair at UC, Berkeley, where Rubin switched gears again to focus on the development of the Drosophila eye. Levine says he and his lab "genetically mapped out in detail a complete receptor tyrosine kinase signaling pathway, from the extracellular signal to the transcriptional activation in the nucleus."

Rubin's willingness to reinvent himself impressed Tjian, who occupied the lab next door. "I think that's one of the hallmarks of a good scientist," he says. "Someone who's willing to take risks, willing to take chances in new areas. Gerry did that several times, with P elements, with the eye, and then with the genome project."

"I thought the genome project would be a nice little management task for me, more fun than being a department chair," says Rubin, who became an HHMI investigator at Berkeley in 1987. "But it became a major thing and I felt like I'd promised the Drosophila community that I would deliver this sequence." Which is where Craig Venter came in.

"Gerry wanted to get the sequence finished. That was his highest priority," says Susan Celniker of the Lawrence Berkeley National Laboratory, who was a co-PI on the project. "If working with Craig meant getting it done two years sooner, he was all for it." When the fly genome had been completed, Rubin organized the 1999 jamboree to annotate the sequence. "We had all these Drosophila geneticists eating take-out food, working 16-hour days," he says. "It was another one of those experiences where you're the first to see something you always wanted to see. So this was really good."

Now Rubin is attempting to pull off something similar at Janelia Farm. "This is my dream job, because I think I can bring everything I've learned in my career, and my passion for different ways of doing science to bear," says Rubin. "I'm trying to create the kind of environment we had in places like MRC, where the labs were small and scientists continued to work in the lab themselves."

To emulate the MRC, Rubin has limited the size of every lab group at Janelia to only six people - an idea Cech calls radical. "A lot of scientists said, 'you can't be serious. I would be interested in coming to Janelia, but you'd have to give me an exception to the group-size restriction.'" But he believes Rubin's concept has merit. "When my own group got to 20 people, we stopped being collaborative with other groups."

In his own lab at Janelia, which includes four people, Rubin plans to develop molecular genetics tools to take apart the Drosophila brain, which Spradling notes is "complicated enough to show all the interesting phenomena of a neurobiological system, yet simple enough at the cellular and molecular level to stand a chance of being understood." All in all, "a very Gerry Rubin idea," he says.

In fact, nearly all the research currently done on campus focuses on neurobiology and imaging, another radical Rubin idea. "If we said let's just hire the best scientists regardless of what they work on, then we could probably recreate the Whitehead or the Salk Institute," he says. "The Whitehead and the Salk are certainly among the best of their class. But if you ask me what is my nightmare failure scenario, I'd say it's that if you come back in 20 years and Janelia Farm is just like the Salk. And the reason why that's my nightmare failure scenario is, we could have - for a lot less money and angst - just funded more researchers at the Salk Institute rather than build this building."

Rubin is looking for people he describes as misfits: scientists who aren't interested in a standard, academic position. Rubin says these researchers "don't like the way science is done and think there's a different way and - for them, given their personalities and what they want to do - a better way." Rubin knows it's unclear whether the effort will pay off. "Obviously I think it will and I hope to spend the rest of my career here trying to make sure that happens." 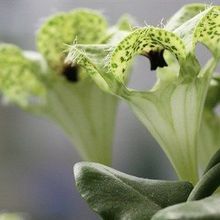 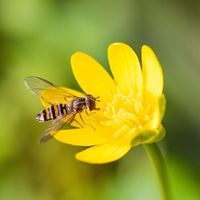