According to Derek Toomre of Yale University, Ajit Varki - professor of medicine and cellular and molecular medicine at the University of California, San Diego - came to the United States for the music. "At least that's what he told us," says Toomre, Varki's former graduate student. "He was a top medical student in India and he was drawn here because he liked rock and roll."

It's true, says Varki, who received his medical degree from the Christian Medical College in Vellore, India. "I always tell people I came to the US for research and rock and roll." Although many of the bands he hoped to see perform (Genesis, Pink Floyd, Yes, and Jethro Tull) were British, Varki chose to pursue his training in America because all the bands toured there frequently and because the United States was a mecca for physician-scientists looking to perform...

Varki didn't set out to explore human origins. His interest was in sialic acids, a family of sugars that coats the surface of cells like icing on a cake. As a young physician-scientist at UCSD in the early 1980s, Varki managed a patient with serum sickness, an immune response triggered by the horse serum used to treat one type of anemia. Varki initially assumed the reaction was directed against the foreign proteins. "But reading the literature, I discovered the reaction was not against proteins, primarily, but against the sialic acids on the proteins." Given that all mammals have sialic acid, Varki wondered why such a reaction should occur.

It turns out that humans lack one particular form of sialic acid, N-glycolylneuraminic acid (Gc). Varki and his former postdoc Elaine Muchmore discovered that only humans lack this sugar; chimpanzees have Gc aplenty. "But it took a while to collect enough samples to make sure this wasn't just a random difference between one chimp and one human," he says. It wasn't until the mid-1990s that the researchers were sure they were looking at a human-specific difference. They also found that other great apes, like chimps, were not lacking in Gc. "Then we started looking for the molecular basis," he says. They discovered that humans have a mutation that takes out the enzyme that converts N-acetylneuraminic acid (Ac) to Gc. As a result, humans have no Gc and an excess of Ac.

Because many pathogens gain entry to cells after recognizing their surface sugars, this unique sialic acid signature could be the basis of human susceptibility to certain infectious diseases, says Varki. Some human pathogens, such as the malarial parasite, bind to Ac, the "human" sialic acid. At the same time, humans seem to be immune to pathogens that prefer Gc, including some that attack cattle, dogs, and even chimpanzees.

To try and determine when our ancestors experienced the "sialoquake" that altered human sialic acid landscape, Varki examined extracts from Neanderthals provided by Svante Pääbo in Leipzig. These hominids had only Ac, indicating that the ancestor we share with Neanderthals already had the Gc-eliminating mutation. Combining these studies with a suite of molecular analyses - including dating the transposon that interrupted the human Gc-producing enzyme - Varki estimates that we lost our Gc about three million years ago. "It's interesting because that's before Homo erectus emerged: the first species with a larger brain that used tools and so on," says Varki. "So we're still thinking about that," as well as investigating the roles that sialic acids and the Siglec proteins that bind them (which also come in human-specific forms) play in uniquely human aspects of immunity, development, and basic cell biology.

"He's the king of sialic acid," says Toomre. "He has taken that sugar and done so much with it, looked at it at the molecular level and the cellular level, and addressed so many different questions. He's recognized as a real leader in the field."

From sugars to renaissance man

Yet Varki also maintains a broad interest in human evolution, even attending Carl Sagan-inspired conferences on intelligent life in the universe. "He sees the big picture, yet he's very detail-oriented," says former student Justin Sonnenburg at Washington University in St. Louis. "The science in the lab is broad but specific, which is an incredibly tough balance to strike."

"There's Ajit Varki the carbohydrate specialist and Ajit Varki the Renaissance man," says Maynard Olson of the University of Washington in Seattle. "He's an unusual combination of someone who has always kept his scientific center really solidly grounded in this biochemical specialty, yet he has broad interests in human culture and evolution."

His work on chimp-human differences made Varki realize he didn't know that much about our simian cousins. "Prior to starting on this work, my knowledge of chimpanzees was [from] watching Jane Goodall on TV," he says. So Varki spent six weeks at Yerkes Primate Research Center in Atlanta learning about chimps, up close and personal. During his first encounter, Varki says he noticed one animal watching him very carefully. "And with this underhand throw - whack! - he hit me right in the crotch with a pile of turds," he laughs. "In some chimp colonies it's a form of culture to greet strangers this way. I could tell this chimp was thoroughly amused and so were the others watching."

For his part, Varki attributes his penchant for learning to his medical training. "They cram you with so much information that you're not scared of learning anything," says Varki. "You have to learn it, you learn it. So I've educated myself in all sorts of areas where I'm certainly not an expert, and I'm still not an expert. I'm still learning."

Organizing the study of humanity

As part of this continuing education, Varki has been organizing a series of thrice-yearly meetings that bring together linguists, primatologists, anthropologists, physiologists, anatomists, and molecular and evolutionary biologists to discuss human origins and evolution. "The discussions are very informal, very lively," says Lahn. "People talk about ideas, logistics, how to organize communal efforts and create and distribute communal resources. And Ajit is the force behind all of that."

His efforts at organizing meetings, marshalling resources, and generally "getting people excited" about human evolution have helped to move the field forward, says Lahn. "Ten or twenty years from now we will know a lot more about what it means to be human on a molecular and genetic level, and I think he will be known as a person who was indispensable to that effort."

Varki was an early advocate of the chimp genome project and continues to push for a corresponding "phenome project" that would compile all known differences between humans and chimps, particularly those relating to health and disease. "Ajit has developed an avocational interest in tracking down the often obscure and anecdotal literature about the medical differences between humans and chimpanzees," says Olson, who first met Varki when the two were stranded without a flight out of Bethesda on the day of the September 11 terror attacks. "You're talking about reading the veterinary literature and talking to zoo veterinarians to chase down case reports on particular chimpanzees. I think no one had ever done this in any systematic way. But Ajit has thrown himself into the effort with considerable enthusiasm."

Varki has also been a champion for the ethical treatment of these intelligent apes, yet he believes that research on chimps should be permitted. "Chimps are not humans. We don't agree with people who say that chimps should be given equal rights as humans," he says. "On the other hand, we also don't think that chimps are just big rats. So the compromise position is that we probably shouldn't do anything to chimps that we wouldn't do to humans."

"That may sound like an extreme statement," notes Varki. "But it's not. With the proper permission, we do a lot of things to humans."

And Varki should know. After he and Nissi, his wife and collaborator, discovered that normal human tissues actually do contain traces of Gc, Varki decided to do a simple experiment on himself. To find out whether these sialic acids could originate from the diet, he says, "I got permission from the IRB, and I took a pure sample of this ape sialic acid and drank it." Nothing bad happened, says Varki, "but small but significant amounts showed up in my urine, in my facial hair, and in my saliva."

Varki says that all humans have antibodies to this foreign sugar, which is found in certain animal products, particularly red meat and dairy products. "So we think that over our lifetimes we are consuming small amounts of this nonhuman sialic acid and having this ongoing immune response, which can trigger all sorts of events," particularly the inflammation that could fuel heart disease, autoimmunity, or cancer. "It's very speculative and it's going to take a while to sort out," he says, "but I just have a gut feeling it's going to turn out to be important for medical problems."

Although Varki devotes the bulk of his time to sorting such things out, he hasn't abandoned his fondness for rock. The Varkis, among other things, are known for their parties. "Nissi would cook this mountain of amazing Indian food. And after you have this gigantic feast, all the furniture in the living room would be cleared to the side, the lights would go down, the music would get cranked up, and for the next three hours, everybody would just dance," says Sonnenburg. "Those are really the things that show that Ajit isn't just about the science. He really has a joy for a lot of things in life." 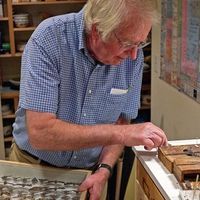 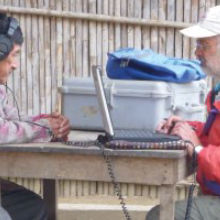