It's that time of the year again for many companies: the distribution of annual bonuses. The extra cash may mean $1000, which predoctoral scientist Jeffrey Rice - now a sixth-year graduate student in chemical engineering at the University of California, Santa Barbara - received in 2004 after exceptional completion of an internship at Applied Biosystems. Or it could mean $4.5 million, which Amgen awarded its CEO, Kevin Sharer, in December 2005.

Bonuses are "very important because your base salary is never going to really do it. Your life standard can only become really high if you have a considerable income besides your base salary," says Ahmet Tezel, a director of research and development at Allergan Medical who has considered jobs at startups this past year. "Sometimes base salary won't buy you a house, but a bonus will."

So where have bonuses been going, and what should...

In 2005, 92% of biotechnology companies had a bonus plan, according to a Radford Biotechnology survey of 480 companies. They're more common at public companies (96% offer them) than at private companies (70%), and the bonus amounts are increasing. "If we look at the last three years of funding, each and every year the amount of money that has gone into bonus payment has gone up by about 10% from the previous year," says John Radford, senior vice president of Radford Surveys and Consulting. "Across the board, they are going up ... for staff at all levels." At Union City, Calif.-based Abaxis, a publicly traded company that makes a blood analyzer, CEO Clint Severson has seen bonuses go up every year for the past eight years. His employees' bonuses last year ranged from $4000 to $400,000, averaging at approximately $10,000.

The reason for the increase in the popularity of cash bonuses, says Radford, is that "the equity side of the equation is not paying off anywhere near what it did in the 1990s so there is a bit of rebalancing. Very clearly we see the use of equity especially below the executive level going down." Public companies are now legally bound to expensing what they give out, and there is investor pressure to reduce the number of shares that companies are using - two factors that may be driving equity down, according to Radford. In its 2006 Biotechnology Survey, 5.3% of the companies reported eliminating their employee stock purchase plans this past year. "Five years ago, almost 22% of companies were in employees' hands, but it has now dropped to 18%," says Radford.

An exception to this trend: recent startups. "I think companies in a private mode are still giving out similar amounts of stocks to their employees before they go public," says Radford. "They're not under the same scrutiny." The general trend is that the smaller the company is, the more stock options they give, and the more they stay away from cash, according to Tezel.

Revance Therapeutics, a 13-employee startup based in Mountain View, Calif., does not have bonus pay for performance and uses stock options as both a recruiting tool and a reward for performance and milestone achievement, according to CEO Dan Browne. The hope, he says, is that "you get stock at 50 cents and it becomes 10 to 15 dollars. [That is] several multiples greater than an annual cash bonus." Now, with his company in its second year, Browne is planning to give cash bonuses to senior management next year and then working on expanding cash bonuses down the ladder as the company matures.

One survey has found bonuses dropping. According to a Bio World Executive Compensation Report that surveyed 269 biotech companies between the 2004 and 2005 fiscal years, average CEO and CFO bonuses dropped the most, from an average of $366,000 in 2004 to $176,000 in 2005. R&D executives also felt a drop, from $111,000 to $80,000. Legal executives experienced a slight decline of 3.4%, while cooperative and development executives saw the only rise in bonuses, a 7.3% increase. "I don't know how to explain that trend," says Christine Mathews, a consultant and human resource director for biotech and medical device companies in Silicon Valley. "That's surprising to me. I haven't seen it dropping and I've looked at many different surveys at different times." It may not be that surprising: Bio World only surveys public companies, says the magazine's managing editor, Brady Huggett. "The markets weren't particularly promising for public companies in 2005. Private companies are not able to tie something like bonuses into performance in the stock market" so their trends may be different.

Bonuses at biotech companies have gone up steadily for three years.

What to Expect this Year

Despite the Bio World survey, Radford says his data suggests that bonuses will continue to increase steadily. Over the past three years, bonus targets have gone up 5% and actual payouts across the board are also gradually going up slowly. Mathews shares a positive outlook for 2006: "Everywhere that I am making offers, I am mostly competing for candidates with multiple offers to choose from so that drives [compensation] up. I think the target bonus percentages will stay the same over the next year but I do see market pressure upward on base salaries... [so] the absolute dollars paid out in bonuses will rise as well. The market is just so hot." Radford is expecting this year's bonuses to increase up to 5%.

Chip Bell, the vice president of Human Resources at Amgen, does not see their bonuses dropping any time soon. "In the last three to four years, we gave out bonuses that were much higher than the target level. We are having another excellent year and have done very well against the goals we set." He expects the company to pay out "significant bonuses" at or above target level again in March 2007, but he declines to be more specific or give examples.

The trend at Advanced Cell Technology looks similar: "The company has succeeded its goal the last two years by clearly above 10% each year," says CEO William Caldwell. "We have another month and a half to go, but I think everyone's on the right track and it will go up again." Last year, employees received bonuses that ranged from 5% to 30% of their salaries. Caldwell declined to give precise dollar figures.

Some companies won't be giving bonuses. "We will probably not give out bonuses this year" at Polydex, says Sharon Wardlaw, the president of Dextran Products, a Polydex subsidiary. The company has a profit-sharing bonus plan, but they have not profited the past two years, according to Wardlaw.

Sirigen, a Santa Barbara fourth-year start-up that makes medical diagnostic equipment, has no bonus program. "I would appreciate a bonus every now and then for hard work," says senior chemist Janice Hong. "But to tell you the truth, I don't think it would make me or any of the other employees work any harder. Seeing [a product] through to commercialization would be extremely rewarding for me." 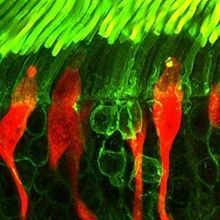 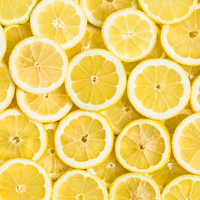