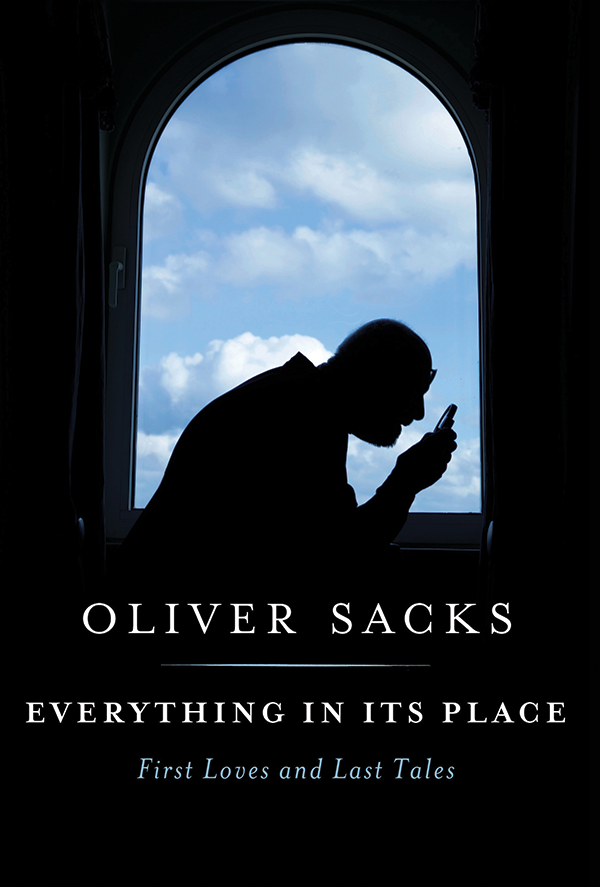 Oliver Sacks has been dead for more than three years. In August 2015, the British neurologist and author succumbed to metastatic cancer, which had started nine years earlier as uveal melanoma, seemingly vanquished at the cost of sight in his right eye. But his vision lives on. In Everything in Its Place, a collection of his essays, Sacks details the joy and despair he experienced in his 82 years of living.

Among popularizers of science, Sacks has always stood out as particularly adept at imbuing his writing with blood, life, and history. His agility with the microscope of prose—zooming in on acute scenes from his own life, then back out to encapsulate life and science as a whole—is in full flourish in his latest book, to be published later this month. For example, in the essay “Humphry Davy: Poet of Chemistry,” he...

Beyond Sacks’s characteristically engaging writing, the pacing and layout of the book, which includes pieces originally published in various magazines and some unpublished works, speak to its title. The collection of essays, book reviews, and memoirish tales truly puts everything in its place by dividing the works into three main sections—“First Loves,” “Clinical Tales,” and “Life Continues”—that trifurcate Sacks’s life into its three major epochs. And within each of these broader sections, the pieces rhythmically shift from longer introspections to brief and punchy vignettes.

Sacks, as ever, does not shy away from musings on areas of science outside his own neuroscientific realm of expertise. In “Anybody Out There?” he waxes literary on the topic of astrobiology, rooting his thoughts on the search for life beyond Earth in his love of books. “For myself, since I cannot wait, I turn to science fiction on occasion—and, not least, back to my favorite [H.G.] Wells,” he writes. “Although it was written a hundred years ago, ‘A Lunar Morning’ has the freshness of a new dawn, and it remains for me, as when I first read it, the most poetic evocation of how it may be when, finally, we encounter alien life.”

Fans of Sacks’s writing will likely gravitate towards the previously unpublished works collected in Everything. And their itches will no doubt be scratched. In “Life Continues,” for example, Sacks gives an up-close and personal account of his own mortality, presumably as he grapples with the cancer that would eventually claim his life, and of his dismay over the death of privacy and intimate human contact in the modern age of smartphones and social media.

Switching gears from curmudgeonly to hopeful, Sacks wrests some ray of light from the darkness of his physical demise. After bemoaning the erosion of Earth’s climate and humanity’s collective memory and interaction, he offers a glimpse into his almost impossibly tender heart. “Though I revere good writing and art and music, it seems to me that only science, aided by human decency, common sense, farsightedness, and concern for the unfortunate and the poor, offers the world any hope in its present morass,” he writes. “As I face my own impending departure from the world, I have to believe in this—that mankind and our planet will survive, that life will continue, and that this will not be our final hour.”

Although his prolific writing career cast his robust imprint on our culture long ago, Sacks further secures his legacy with this most recent collection of his work. The New York Times once famously referred to him in a 1990 meta-review of clinically tinged books as “poet laureate of contemporary medicine.” In my humble opinion, Sacks deserves a more sweeping epitaph. The Shakespeare of science writing might suffice, but Sacks ultimately defies comparison to bygone or even contemporary authors. As readers we can rejoice that, while cancer may have claimed his body, his voice continues to ring out.