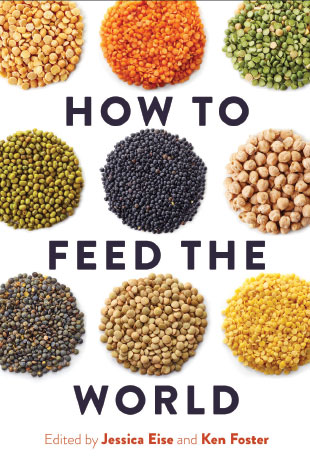 ISLAND PRESS, MARCH 2018Some 220 years ago, the somber-faced cleric and scholar Thomas Malthus made a dire prediction: food production could not possibly keep up with population growth in Great Britain. If measures were not taken to limit family size, chaos, starvation, and misery would ensue. And yet, such measures were not taken. The population exploded, but as it turned out, Malthus’s dystopian vision never came to pass. Agricultural production rose to the challenge.

Malthus’s warnings have a familiar ring today. Once more humanity is staring down the threat of a burgeoning population and concerns that there eventually won’t be enough food to go around. By 2050, we will have almost 10 billion mouths to feed in a world profoundly altered by environmental change.

Will history repeat itself, and again refute Malthusian doomsaying? Or will we and our food production capacity succumb to the pressures of unsustainable...

In How to Feed the World, a diverse group of experts breaks down these crucial questions by tackling issues surrounding food security.

One critical factor that Malthus left out of calculations of population growth and sustainability was the effect of agricultural revolutions. Humans have experienced three such revolutions, each fueled by technological advances, throughout history: the first, about 12,000 years ago, as our ancestors transitioned from hunting and gathering to settled agriculture; the second as 18th- and 19th-century British farmers drastically increased production, proving Malthus wrong; and the third as commercial-scale agriculture bloomed in the 20th century.

None of humanity’s past successes, however, indicate that our modern concerns aren’t warranted. Environmental pollution, unsustainable water use, and large-scale land use changes raise doubts about our current food production systems. Ironically, many of the same technological innovations that have prevented starvation also wreak havoc on the environment.

But just because elements of past technologies harm the environment, we need not cast aside the concept of innovating our way out of a food crisis. On the contrary, returning to the crucible of technological innovation will help us find modern solutions.

As Purdue University agricultural economist Uris Baldos explains in his chapter on technology, although genetically engineered (GE) crops are extremely controversial in public dialog, all indications are that they are here to stay. Since the technology’s development in 1973, several GE crops have been created and commercialized. For example, crops containing a gene from the bacterium Bacillus thuringiensis were developed to prevent crop damage from insects, and farmers have adopted them worldwide. There are ongoing efforts to roll out GE versions of fruits, oilseeds, and root crops. Aside from pest and herbicide resistance, plant breeders are also looking to incorporate other useful agronomic traits, such as drought and cold tolerance, virus resistance, and enhanced nutrient content. Some plant breeding programs aim for even-more-ambitious goals. There is an effort to supercharge the photosynthetic process of rice to overcome its current yield limit, for example.

The technology undergirding genetic engineering is expanding at an extraordinary rate, and we are able to do things today that we hadn’t imagined possible mere years ago, such as precision genome editing. With the advent of more-efficient and more-precise genetic editing techniques, it is likely that any successful plans to feed the world will involve the use of GE crops.

Accomplishing that goal entails a range of challenges, as illustrated in How to Feed the World. Technological innovation can, once more, provide us with the means to overcome many of these seemingly insurmountable odds. But the technologies that saved us before definitely won’t save us again. Therefore, we face one central challenge. Before it is too late, can we innovate, invest in, and accept the technologies we will need to feed the world sustainably?

Jessica Eise is an author and Ross Fellow in the Purdue University Brian Lamb School of Communication doctoral program. She coedited How to Feed the World with Ken Foster, former head of the Department of Agricultural Economics at Purdue. Read an excerpt of How to Feed the World.