Our experience with COVID-19 has already shone a light on how (and how not) to address future outbreaks.

There is still much science doesn’t know about COVID-19, and so it may seem the height of hubris to write a book about the pandemic now. But I just did—and in researching and writing COVID-19, I found we can largely answer several important questions already.

How did the pandemic start? SARS-CoV-2 most likely jumped to people from bats—a virus already able to infect and replicate in human cells. Could we have stopped the pandemic? Our best chance would have been to stop it before it started: we could have done far more to prevent humans from catching viruses from bats. It can be done. Bats in the US carry rabies, for example, but human cases are vanishingly rare because, left to their own devices, the two rarely encounter each other.

Scientists have been warning of a zoonotic pandemic for decades. And many caution that there will be more of them. Their reasons for concern have not changed with the COVID-19 pandemic. Those reasons include human population increases that mean more people are penetrating wild ecosystems, where they encounter new animal infections; poor systems for early detection and containment of disease; and a lack of vaccines, drugs, and diagnostic R&D for “emerging” diseases that do not yet constitute a sufficient market for such products. 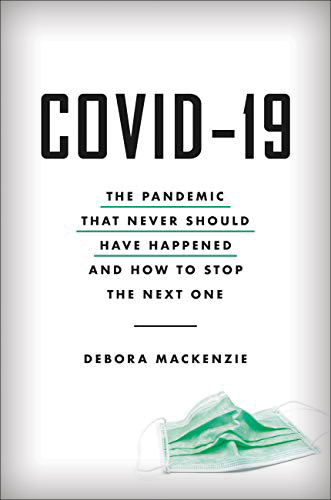 If we are to focus scientific attention on those problems, it might help to know what pathogens humanity may be up against. Virologist Dennis Carroll wants to find out. Until recently, Carroll ran emerging disease programs at the US Agency for International Development. These included a pathogen discovery program called PREDICT, which helped US and Chinese scientists identify and warn about the family of bat coronaviruses that includes SARS-CoV-2.

He now runs the Global Virome Project (GVP), which aims to sequence and map viruses harbored by animals that belong to families we know can infect humans. The idea is that the GVP’s sequences will help in developing antiviral drugs, vaccines, and diagnostics before pandemics start. Meanwhile, the search itself will help reduce the risk of pathogen spillover by establishing enhanced local capacity to monitor viruses in zoonosis “hotspots,” most of which occur in less-developed, tropical countries.

The cost of cataloging what Carroll calls “biological dark matter” will be about $3.7 billion over the next 10 years, but he told me that this is trivial compared to the cost of just this latest pandemic. GVP member Peter Daszak of the New York–based EcoHealth Alliance, a nonprofit research organization collaborating on the PREDICT project, agrees. “We should find our plagues before they find us,” Daszak told me.

Critics of the GVP argue that while sequencing thousands of viruses would be great science, such an effort won’t prevent the next pandemic unless we also know what those viruses do. “No amount of gene sequencing can tell us when or where the next outbreak will appear,” Andrew Rambaut of Edinburgh University in the UK told me. Better, he noted, to track novel infections in people.

Infectious diseases researcher Amesh Adalja of Johns Hopkins University agreed, noting that in 2013 virologists sequenced viruses similar to SARS-CoV that already possessed the ability to infect human airway cells, but that didn’t stop the COVID-19 pandemic. The real biological dark matter, he said, lies in many human infections, which clinicians tend to diagnose as “a cold” or “diarrhea,” with no effort to identify the pathogen. More precise tracking of which pathogens are actually infecting humans, he argues, might reveal impending trouble.

Both sides agree that whether viruses are tracked in animals or people, such monitoring would be best accomplished by a global network of local researchers studying their own backyards. David Heymann of the London School of Hygiene and Tropical Medicine led the 2005 revision of the World Health Organization’s International Health Regulations, which required countries to inform one another of outbreaks with the potential to spread internationally. The treaty’s requirement that rich countries help poor countries conduct their own disease monitoring is among its most important, he told me, but rich countries have neglected it.

Meanwhile, no amount of viral tracking will help if there is still a gap between scientific warnings and government action. The discovery of hundreds of bat viruses similar to SARS-CoV in 2005, and the further finding that some were already primed to infect humans seven years ago, should have spurred a renewed focus on coronavirus drugs and vaccines. It did not.

In the 1980s, scientists around the world organized to reach consensus positions on ozone depletion, then on climate change, which finally led to international treaties that aimed to address those global crises. We need such a scientific consensus now on viral threats, to present the risks to governments in a way that compels and directs action. Without that, it won’t matter whether we find our plagues before or after they have jumped to us: we still won’t be able to stop them.

Debora MacKenzie is a science journalist who has been covering emerging diseases for more than 30 years. Read an excerpt from COVID-19. Follow her on Twitter @debmackenzie1.