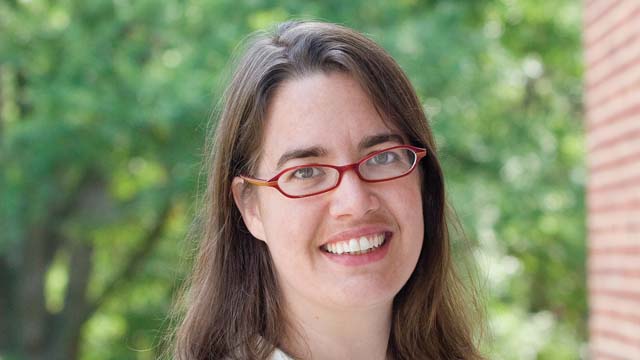 Erika Lorraine MilamCOURTESY OF THE UNIVERSITY OF MARYLAND

I became fascinated by the history of sexual selection during my second year of graduate work in biology. I was drafting a review paper on the evolution of internal reproduction in fishes. The two dominant theories at the time (worked out with insects) suggested that the insemination of females evolved either because of male-male competition for access to the time and place of fertilization, or because cryptic female choice drove increased competition between males. Who was in charge of the mating game, I wondered, males or females? The evidence for both claims was very similar: the tendency of sexual organs to become more complex over evolutionary time. What differed was the interpretation.

Around the same time, my advisor was consistently vexed by the university’s reluctance to support what it saw as old-fashioned science. At a meeting he had been asked...

Combined, these experiences made me want to know more about the history of sexual selection as an idea, how the theory was entangled in social conceptions of masculinity and femininity, and, perhaps most importantly, how theories of sexual behavior in animals could help us understand what it means (and meant) to be human. Many years later, Looking for a Few Good Males: Female Choice in Evolutionary Biology is my answer—which of course turned out to be far more complicated than I anticipated.

For Darwin, sexual selection served as a naturalistic mechanism explaining why beauty evolved in the animal kingdom and why variations within a species could persist for long periods of time. Sexual selection, he posited, worked according to two mechanisms: male-male competition and female choice. Many zoologists of Darwin’s era dismissed sexual selection because female choice seemed to require a great deal of mental capacity. Could a female bird or insect really compare male mating displays and then choose the prettiest male as a mate? They considered such characterizations of the animal mind to be pure anthropomorphism. Darwin’s theory hit it big only in the mid-1970s, when theoretical biologists like Robert Trivers applied new mathematical explanations of sexual selection to animals as well as people. Critics of sexual selection in this new age of sociobiology attacked accounts of female choice in humans as zoomorphic, contending that far more was involved in human mate choice than simple instinctive preferences and stylized courtship rituals.

Typically, biologists and historians have pinned the blame for the relative lack of scientific interest in sexual selection on the female in female choice, supposing that earlier biologists had neglected the topic because they assumed a negligible role for females in their evolutionary theories of social behavior. As a result of my research, however, I began to understand that female mating behavior had been a topic of immense interest to biologists throughout the twentieth century. In the early decades, women’s choice of marriage partners formed a crucial component of eugenicists’ hopes for the betterment of society. By midcentury, zoologists used female mating behavior as a tool to understand how species become reproductively isolated. Biologists even investigated the courtship behavior of fruit flies to see if female mating preferences for rare males served to maintain the genetic diversity of a population. Yet sexual selection remained a minor component of evolutionary theory for the first two-thirds of the last century. Why? Not because of the agency it imparted to females, but thanks to arguments over animal minds and human instincts—not the female component of female choice, but choice itself.

Since the 1970s, sexual selection has become a cornerstone of modern evolutionary theory, but the controversies are far from over. Knowing the history provides us with an explanation of how and why these controversies persist. Theories of female choice and sexual selection are often as much about what it means to be human as they are about animal nature.

Published by The Johns Hopkins University Press in 2010, Milam’s book had its genesis when she was a doctoral student in the History of Science Department at the University of Wisconsin. She now teaches history of science at the University of Maryland, College Park. Her current project explores theories of human aggression and animal nature in the 1960s. Read a book excerpt from Looking For A Few Good Males.