In Chapter 15, “Above the Falls,” author Jonathan Meiburg recounts an evening on a research expedition near the Rewa River in Guyana.

“Jonathan,” said Jose, “what do you think is dreams?”

It was well after dark at Thorn camp. Jose had set the ghost light next to his kitchen, which allowed him to lie invisibly in his hammock, cocooned in a mosquito net, and still join in the conversation. It was easy to forget he was there until the cocoon spoke and moved, and Rambo playfully rocked it with his foot.

As far as I knew, I said, dreams were your mind thinking about itself. 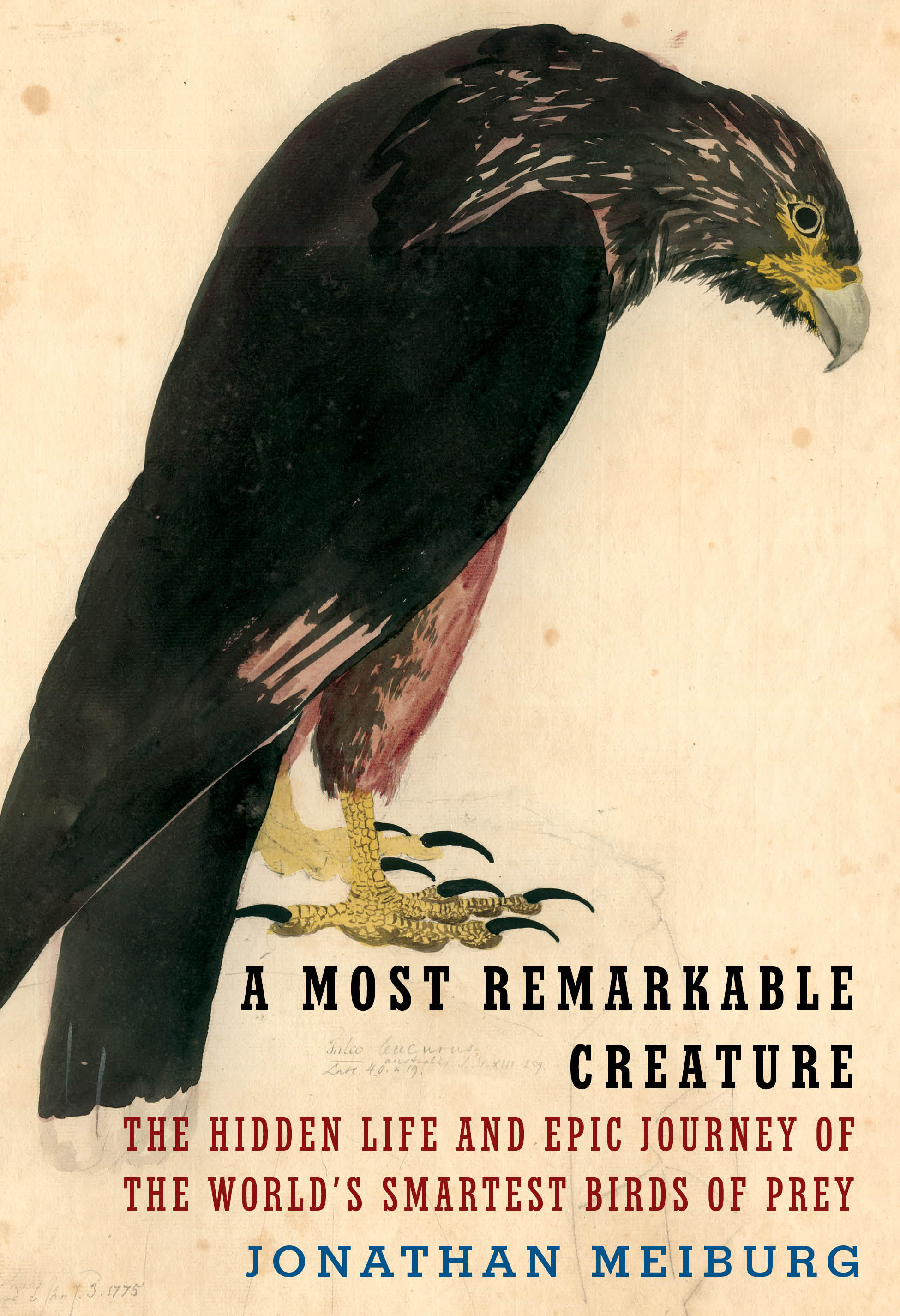 We’d returned an hour earlier from a night drift, a subdued and spooky experience: bats thrummed around our heads, twisted branches loomed from the water like skeletal hands, and the eyes of fawn-sized rodents called pacas glowed in Jose’s spotlight. Two disoriented piranhas jumped into the boat, and Rambo giggled and chucked them back, and the sky was so dark and clear that calm stretches of water mirrored stars I’d rarely seen—the fine curve of Orion’s bow, the horns of Taurus. Just before we arrived back at Thorn, we passed a row of swallows huddled on a branch inches above the surface of the river. All of them faced the same direction except one, as if he’d had enough company for the day.

Around the ghost light, the conversation turned from dreams to village politics, and then to the voices you sometimes hear in the river, especially at night. Just below the falls, Jose said, a young man had been killed by a falling tree, and you could hear him crying all night if you slept in that place. “Today,” added Brian, “when I walked down to bathe, I hear a body call me—like one of you call me. But there is no one.”

The moon erupted from trees across the river, so huge and bright it almost seemed to make a sound. Jose admitted he was thinking about the annual rodeo he was missing back home in the savanna. It was held in Lethem, a hamlet on the border with Brazil where Jose had some history: he’d spent a couple of years there in a Bible school, where the students had to cook for themselves and buy their own Bibles. (“Only the teaching was free,” he said.) He’d finally lost his patience when the instructor, a British priest who wore a military beret, flew into a rage at two young boys who’d tried to steal mangoes from his tree.

“All the time teaching us about love, you know—love your parents, love your teachers,” Jose said, “and he chasing after them with a stick. A lot of them old army guys, old English guys, want to pretend to be good guys now.”

I asked if he was still a churchgoing man.

“Believe ye in the Lord and have eternal life!” boomed the hammock, sending Rambo into a laughing fit.

“Sometimes I start going to church,” he continued, “but then I stop again. Religious people always say, ‘The world going to end, and the righteous will be saved.’ And sometimes I just have a shot of rum, forget about everything.”

“But when I drink,” Jose added, “I am probably more evil than you see me now.”

“True,” Jose allowed. “But Uncle Brian, now, he’s civilized. He believe in Christianity, read his Bible every day, everything.”

Brian admitted that he liked to listen to gospel music in the mornings, but he seemed to hold his piety lightly. He mentioned a footprint-shaped hole in a rock near his home village of Aishalton, said to mark the place where Jesus took his last step before vaulting into heaven, then veered into a description of the open-pit gold mine that had brought strangers, money, alcohol, and motor vehicles to a place that had rarely known them. He was even more suspicious of Chinese logging operations in the Essequibo basin, fifty miles east of the Rewa, and the “exploratory” permits recently granted them by the government.

“What are they exploring?” he asked, rising from his chair. “What is their purpose here?”

Brian headed off to bed, and I thought of the sodden Guyanese bank notes I’d found in my pocket earlier in the day and spread on a flat stone to dry. Each bill had a small map of the country on its reverse, inset with emblems of its natural resources, as if to assuage any doubts about its worth. The northern coast bristled with tiny bundles of sugarcane, while pyramids of gold bars and diamonds encrusted its central highlands, and in the deep south, hovering ominously above our camp on the Rewa, lay a pile of logs and the word “timber.”

After a long silence, Jose spoke again. “My friends tell me the Milky Way is a river,” he said, “and if you are a bad man, when you die you cannot cross over it. You have to stay here, till the end of the world. But Rastaman says heaven is here.”

“What do you think?” asked Sean.

Jose’s arm rose from the hammock and pulled the netting away, and he lifted his head over the side. “I think man is like a tree,” he said. “Strong on the outside.” He grinned. “Inside, all rotten.”

“SEAN!” called Brian, his voice sharp. “There is a Theraphosa here!”

Sean ran to his hammock and returned wearing a T-shirt that read a spider did not bite you—a private joke he shared with his girlfriend, an arachnologist. He handed me his camera, and we walked toward the light of Brian’s headlamp, which was shining on the largest spider in the world. Brian had set the Goliath birdeater on a palm leaf to show it off to maximum effect, but it didn’t need help: it was really and truly as big as a dinner plate, its long legs covered with hairs the same reddish brown as Sean’s beard. Despite my fear of spiders, I didn’t feel especially rattled by it; maybe it was so large that my mind refused to accept it as real. I was more than happy to admire it from a distance, but Sean wanted to get closer, and Brian offered the birdeater the rake we used to clear our campsite. The spider clambered onto its tines, and then Brian held the rake against the leg of Sean’s trousers.

“Do not shake,” Brian whispered.

The spider froze for a moment, then scurried up to Sean’s abdomen—at which Sean flinched, and Brian chuckled. Then it assumed a patient, thoughtful pace, as if exploring an interesting new landscape. It climbed to Sean’s left shoulder, then to the top of his head, and came to rest above his right ear, like a piece of costume jewelry.

“Ow,” whispered Sean. “Its claws are sharp.” He was beaming. The birdeater’s back legs were clinging to his beard, its inch-long fangs beside his eyes. I clutched his camera in one hand and a flashlight in the other, wondering how he intended to remove it, but he seemed unconcerned and walked into the forest with the spider still clinging to his head. “They can live a really long time,” he said, his voice dimming as he disappeared. “Five or six years for a male. Maybe twenty for a female.”

Brian, watching him go, looked bemused. I told him I’d never met anyone quite like Sean.

“I don’t think scientists are ordinary people,” he said.