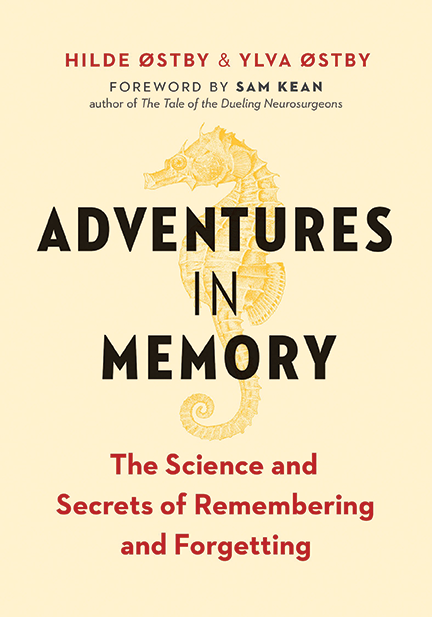 erlin, 1879. The city’s most prominent citizens promenade beside the river Spree. Along Unter den Linden, they sit at outdoor cafés, enjoying the warm weather and the blossoming linden trees. They rearrange their dresses and their top hats and breathe in the spring smells: horse manure in the street and fresh-baked pretzels. The abundant foliage casts shadows on the ground.

“What a wonderful time!” these bourgeois may be thinking beneath the tree canopy in Berlin. “I wonder if this particular moment will stay with me for life. Will I remember the breeze making the linden trees sway, when I think back on this a year from now, five years, twenty years? How much of this will I forget?”

Meanwhile, in a laboratory at the University of Berlin, a lone researcher is about to begin a groundbreaking experiment. He is going to attempt something never...

He wants to find out how fast he forgets; it’s as simple as that. Sure, outside of psychology circles, this may not seem like an accomplishment worthy of much celebration. We can plant a flag on the South Pole, but we can’t do the same with the act of forgetting—we can’t discover it and declare, Here it is! While Solomon Shereshevsky could make a living and earn applause by remembering superhumanly long lists of words and numbers, nobody would pay a nickel to see Ebbinghaus stand onstage and forget. It’s safe to say that he had undertaken an unglamorous task. Though what he did wasn’t particularly exciting on the surface, it was actually quite sensational. Psychology was a brand-new field of research; nobody had researched memory like this before. Up to that point, measuring thoughts wasn’t something anyone could have imagined. But Ebbinghaus performed such a significant feat that scientific society was forced to take him seriously.

It was a demanding task to document forgetting. Ebbinghaus didn’t want to leave anything to chance, so he did all the experimenting on himself—and, really, who else would have agreed to the job? That way, he could trust that he was in full control of all variables. It meant he also had to keep his own personal life in check, so no sensational memories could influence the impersonal, scientific building blocks he was memorizing. After several years of intense and one could say ascetic work memorizing and forgetting, Ebbinghaus published the book Über das Gedächtnis (About memory). Up until 1885, memory had belonged to the realm of philosophers, writers, and alchemists. Never before had science focused on forgetting. How, then, do we measure a vanishing memory?

If Ebbinghaus memorized a list of nonsense words and after a while—let’s say after one day—could come up with only a little more than half of them, had the rest been forgotten? Yes, there and then, some words were forgotten, and the difference could be measured and called forgetting. But this was not thorough enough for Ebbinghaus. It could have been that the words were still stored in the brain and only the access to them had been weakened, so that he couldn’t reach them by will. It could be that, deep down, there were remains of memory traces that could be wrung out like water from a wet cloth.

“We cannot, of course, directly observe their present existence, but it is revealed by the effects which come to our knowledge with a certainty like that with which we infer the existence of the stars below the horizon,” he determined.

He chose to approach forgetting from another angle. If he had forgotten a list of meaningless words, how long would it take for him to relearn them after some time had passed? For every new learning effort, he measured how many repetitions, or seconds, were required for him to remember the list again. If the list had been completely forgotten, so that not a single strengthened synapse remained, relearning the list would take him as long as it did the first time around. But if he’d retained anything, it wouldn’t take as long to relearn it. In this way, he calculated the natural course of forgetting and discovered that our memories disappear most quickly in the first hour. After a day, more has been lost, but the process of forgetting quickly slows down, so that after a month, we’ve forgotten only slightly more than after a week. His research led to what we today call the forgetting curve. Shown as a graph, it descends quickly in the beginning and then tapers off.

Never has any researcher exposed his own weakness— his forgetfulness—for the benefit of humanity with such intense dedication as Ebbinghaus. For several years, he wrote page after page about what he had forgotten and tracked forgetting with tables and numbers, satisfied to have contributed to the science of psychology. Maybe he would have preferred to be in the streets of Berlin enjoying the spring sun, sipping a cup of coffee with friends, and strolling slowly along the river. But he wrote nothing about his personal memories from the time of the experiments—except that he strove to keep personally meaningful experiences to a minimum, in the service of science.

What Ebbinghaus proved was that memories, when they don’t have anything to do with ourselves or what we care about, gradually wither. But he had no way of understanding exactly what crumbles in our brain. The creation of memory traces was, as we’ve said before, not proven until the 1960s by Terje Lømo. Memory traces probably weaken over time. It seems as though, unless we practice and maintain knowledge until it’s become firm in memory, the neurons involved in remembering eventually return to their original state. This is probably a good thing. It gives the brain space for new memories. The other thing Ebbinghaus revealed was that the brain begins tidy-up work shortly after new experiences have entered memory. This too is probably a practical trait in memory. It’s better to   clean up sooner rather than later. And it ought to be obvious fairly early on whether or not an experience is important enough to be stored. When Ebbinghaus researched forgetting by measuring learning, he also made it clear forgetting and remembering go hand in hand. They are two sides of the same coin.

If we don’t forget, the storage space in our brain fills up (Solomon Shereshevsky and his like notwithstanding). For most of us, some memories have to depart to make room for new, perhaps more important ones.

“If we remembered everything, we should on most occasions be as ill off as if we remembered nothing. It would take as long for us to recall a space of time as it took the original time to elapse, and we should never get ahead with our thinking,” William James pointed out in 1890.

Excerpted with permission from Adventures in Memory: The Science and Secrets of Remembering and Forgetting by Hilde Østby and Ylva Øsby (Greystone Books, October 2018).